By Bob Malme March 17, 2010
Last Wednesday (3/10), while returning from a trip to Florida, I took a detour to check out what was new along the I-74 and I-73/74 corridors. First off though, I started my day by taking a walk along the Savannah River and River St. in Savannah and clicking this photo of the beginning of I-16 West upon leaving: 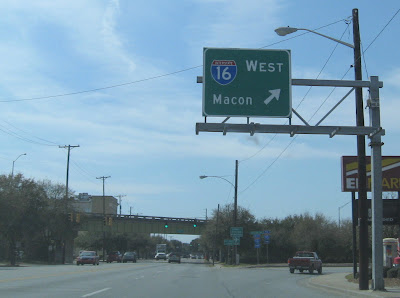 After driving I-95 North for several hours, I reached I-74 near Lumberton and proceeded west than north (photos thus will appear in reverse order than they have in the past). Last fall I-74 shields were taken down along the Maxton and Laurinburg Bypasses. Well, not completely, the first exit heading east for NC 71 still has shields for I-74 East: 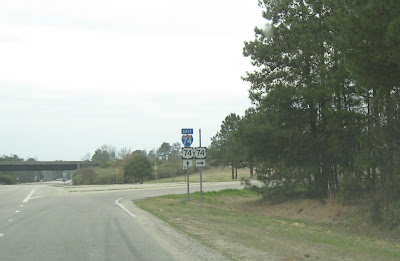 All the other shields along the bypass and interchanges are gone. In there place NCDOT has placed a few I-74 corridor shields: 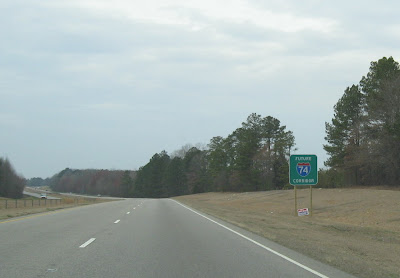 Does this mean that the Future I-74 shields along this stretch won't return? Not necessarily, the first sign for the Laurinburg Bypass still has an I-74 shield with the former 'East' header replaced by 'Future.' The City of Laurinburg has asked its NCDOT representative to return the future shields, if it can't be signed an Interstate, so this may happen in the future, I guess.

Picking up I-73/74 north of Rockingham, they still refer to the Ellerbe Bypass freeway as a 'Future Interstate.' Still no indication on the freeway of where Business US 220 ends and Alternate 220 begins. Google maps list Business south of Norman and Alternate to the north without showing specifically where the change takes place.

More progress has been made at the site of the future I-74/I-73/US 220 interchange. First off, more dirt has been removed for the future ramp from Northbound I-73 to I-74 West: 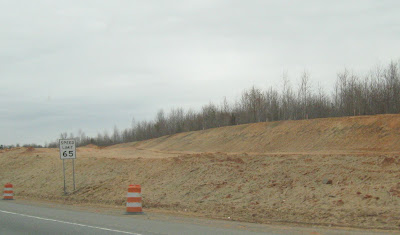 This is to the east of US 220 North. They are also creating the landscaping that will take I-74 traffic across US 220 to I-73 North: 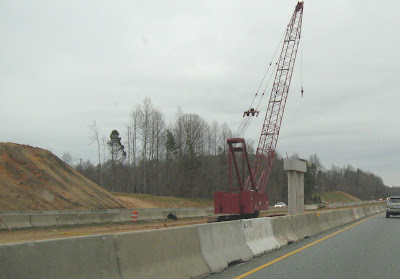 This is the view of the entire interchange area from 1/2 mile away looking northwest: 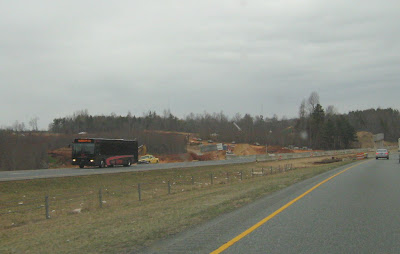 The next interchange for the new route will be where the freeway crosses current US 311. It appears the road will not have a route number now, more discussion on that below: 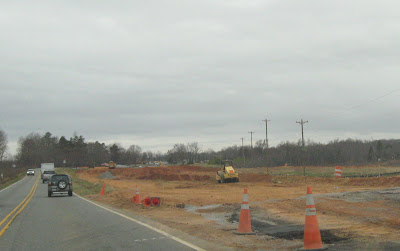 Here's a look on the grading done so far for the future freeway north of the interchange: 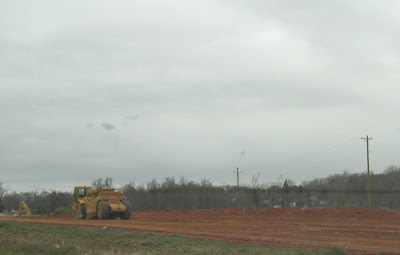 Proceeding to the first phase construction area north of Spencer Road. The contractors have made great progress, but have not completed, removing the old alignment of Cedar Square Road. To complete this they will have to realign the current end of Poole Road (where the stop sign can be seen) to meet what was Cedar Square further to the east: 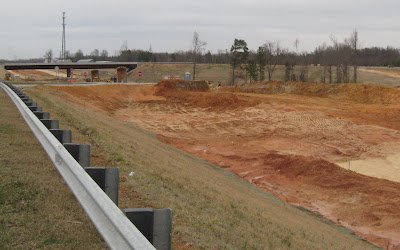 They have made progress in building the eastbound exit ramp plus grading closer to the bridge: 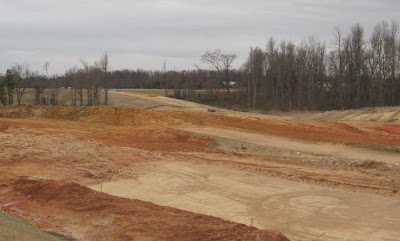 Not much was new was seen going north until exploring the I-85 interchange area. They have started putting up new overhead signs. Signs for I-74/US 311 are covered up (put up just after the recent wind storm, unfortunately).: 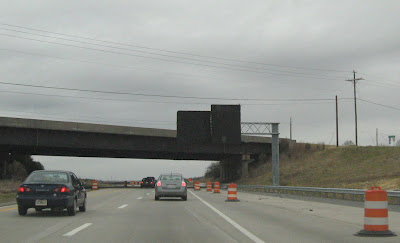 This is driving northbound toward the NC 62 bridge. I assume the two signs are for the two I-74 exits. Going southbound some signs are uncovered. You can try to make out in the signs below on the right that show the number for the NC 62 exit has changed to 113A: 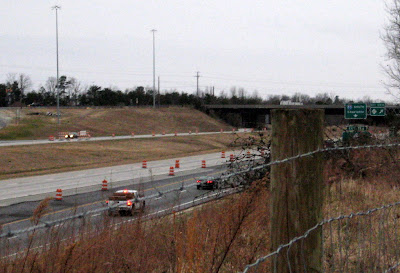 They've also put up new signs for the next exit, US 311, but, as you see there's no route noted:

Apparently the decommissioning of US 311 Business through High Point will mean there will be no business route taking over US 311 alignment from Business 85 to US 220. At the exit itself, they've left an old sign just in case anyone is looking for the current US 311 in the next few months:

Looking at the construction north of the I-85 interchange, more progress can be seen on grading from I-85 to the Kersey ValleyRoad bridge area: 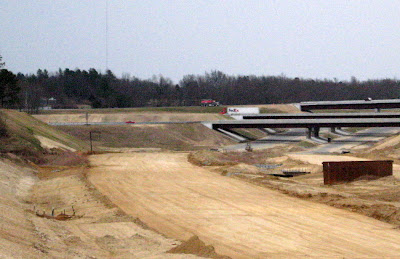 Looking south from Dresden Road, below looking north, you can see work is being done on the drainage ditches: 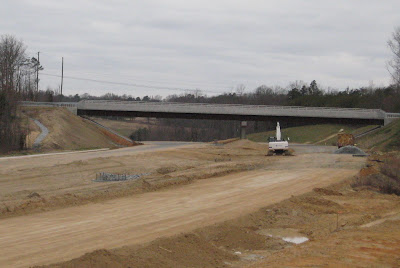 Here's a view from the opposite side looking at where the above photos were taken, on the hill to the left of the stack of cement barriers: 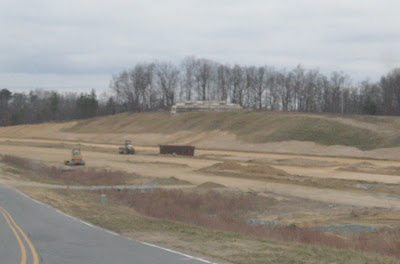 They have also started making a landscape mound for the dirt from the previously ungraded westbound lane north of the Jackson Lake bridge (photo next time), so most of the grading, has been completed. The only area that still needs constructing is the Baker Road area, where the bridge has been opened: 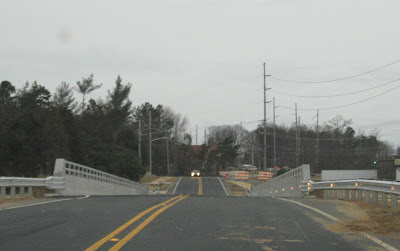 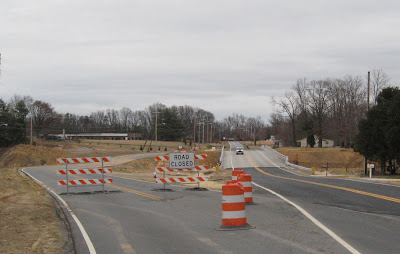 As you can tell the temporary road has yet to be torn down, nor has grading begun south of the bridge due to the need to remove some rocks before the ground can be made level.

Comment: Progress of construction has slowed down significantly during the winter and the first phase from Business 85 to Cedar Square Road stands as 82% complete at the end of February. Better weather should speed things up, but the June opening announced to High Point officials back in January will probably be pushed back to later in the summer.