By Adam September 03, 2007
As those of you that may follow this blog know, I like to hike. But also, I enjoy history. So yesterday, I went east for a little of both. I took a drive to hike at Cliffs of the Neuse State Park and toured the Bentonville and Averasboro Battlefields.

Route: I-40 to US 70 to NC 111 various backroads to Bentonville and Averasboro Battlefields and home.

Nothing really big to write about for the trips there and back. The Clayton (US 70) Bypass is on a fast-track that is for certain.

Cliffs of the Neuse State Park is located south and east of Goldsboro. It's not a large park. There are four trails within the park, each are a half mile or less and don't require much difficulty at all. There is - in the summer - swimming, boating, fishing, and camping available at the park.

The park gets its name for the sand cliffs (some as high as 90') that line the Neuse. To my knowledge, the best way to view the cliffs is from the river. So someone, that being me, needs to learn to take up kayaking.

Even though, I couldn't get any views of the cliffs; I was able to take a number of shots of the quiet Neuse as it flowed through the park. 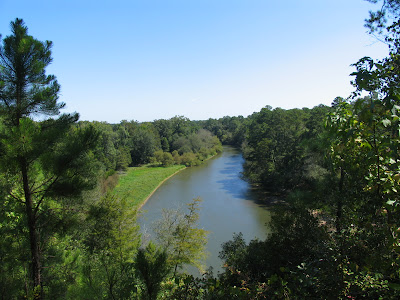 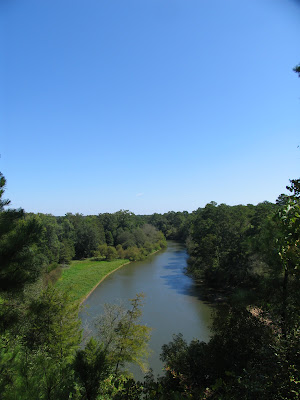 Both shots above are looking upstream on the Neuse.

Now, I did find a great spot near the start of the Bird or Galax Trails. This is a popular fishing spot, but I sat along the sandy shores for about 15-20 minutes just enjoying the pleasant Sunday Morning. 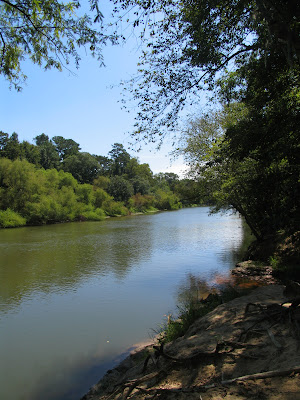 Downriver on the Neuse. 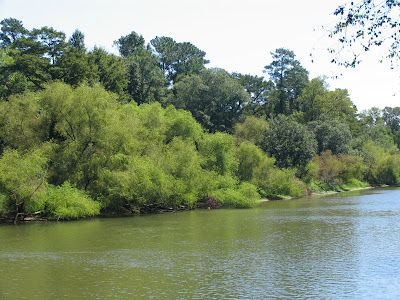 Spanish moss lines the opposite bank of the Neuse. 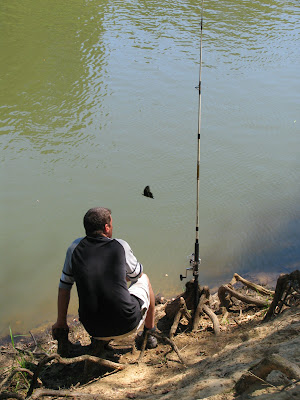 After my time at the Cliffs, I headed towards the Bentonville Battlefield. The Battle of Bentonville was fought in March of 1865 and was one of the last major stands/offensives of the Confederacy in the Civil War. The three day battle was an attempt of Johnson's Confederate forces to stop the advance of Sherman's troops towards Goldsboro, then a major rail hub, and to Virginia. The first day of battle saw the Confederates make a strong charge on the Union position only to fall back and eventually lose the battle.

Bentonville Battlefield is a state historic site and there is a small but thorough visitor's center there. You can tour the Harper House, which served as a makeshift hospital during the battle. There's no cost although donations are graciously accepted. There is a driving tour that isn't lengthy. There are four pullover stops along this tour plus numbered historical markers that mark the progression of the battle. 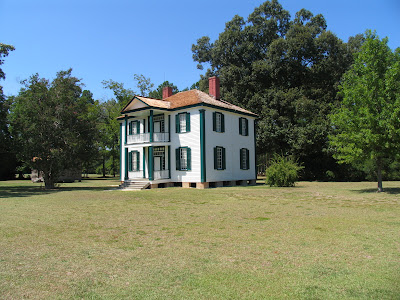 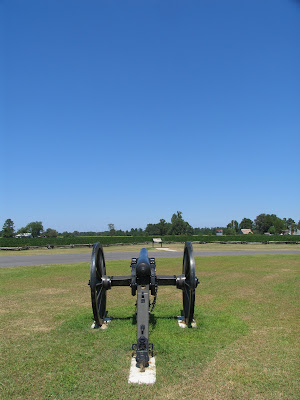 A cannon located along the Union position at the Confederate 'High Tide' Pull-off. 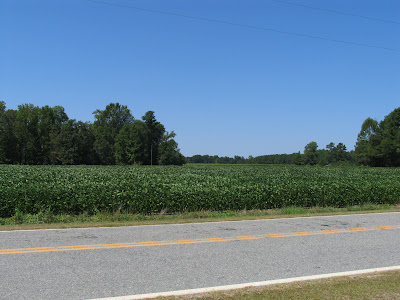 Hard to imagine that over 140 years ago, one of the last battles of our Civil War was fought in that field.

On my way to Averasboro along NC 82 in Falcon, I stopped to take a photo of the Octagon Tabernacle. Earlier this year, when Brian and I took a trip around these parts, the church was a backdrop for a wedding. 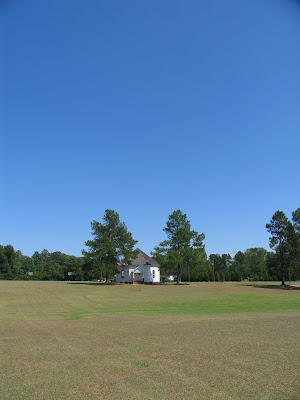 Averasboro was fought pretty much along NC 82. Unlike the Bentonville Battlefield, it is not a state historic site and is run by local volunteers. There is a museum and gift shop and the folks that work there are kind and proud of their piece of American history.

There is a very short three mile auto tour (all along NC 82) that you can take. There's not much to see although there is the Chicora Cemetery which was dedicated in 1872 and is the final resting place for a number of those lost that day. 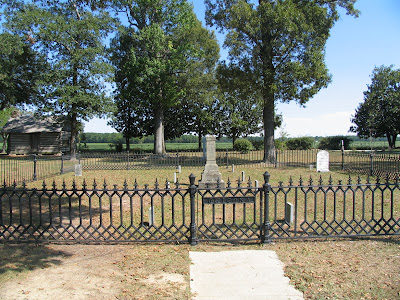 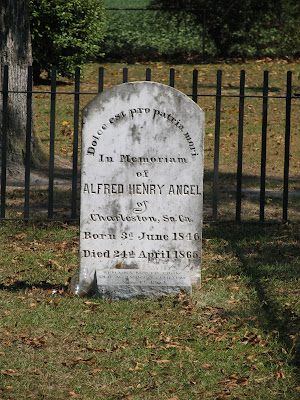 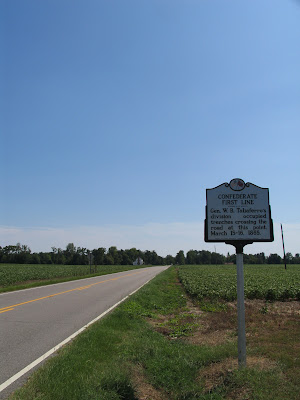 NC 82 at the Confederate's first line of battle in Averasboro.

It is rather easy to do both Averasboro and Bentonville in one afternoon. They are about a 30-40 minute drive from each other. It's worth the time to learn about the final days of our nation's most trying years.