By Adam February 17, 2007
Headed out this afternoon for my first roadtrip of some length since I moved back to NC last month.

Notes:
NC 87 in Graham is routed around the Alamance county Courthouse. This is one of a few traffic circles around a county courthouse within the state. Others include NC 27 in Lincolnton, NC 22/24/27 in Carthage, Business US 64 at US 15/501/NC 87 in Pittsboro, and US 701 Business in Whiteville.

There are also some older (installed in the early 1980s) NC shields in and around Graham. The combo shown below dates back to November 1982. 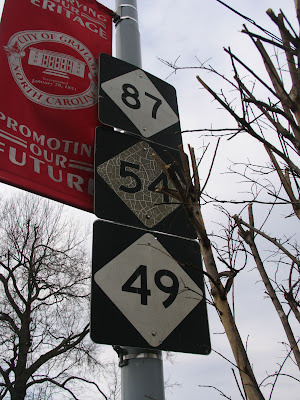 In Ossipee, I found a decently old Sprite logo sign. There is an Old NC 87 through Ossipee. Judging from what current NC 87 looks like Ossipee was bypassed in the 1940s. 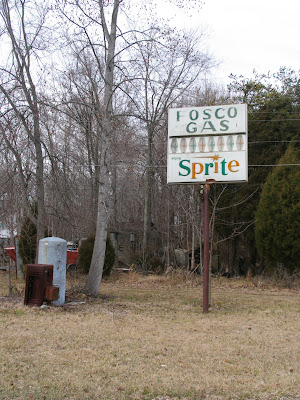 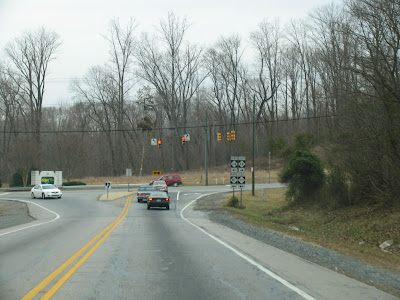 The new US 58 bypass of Danville is very nice. Although the Virginia state official map doesn't note it, the highway is fully access controlled and a 60 mph speed limit. The interchange with US 29 is literally a few amount a feet north of the North Carolina border. There are Welcome to NC or VA signs on the various ramps of the interchange.

Interstate 785 may one day be routed up US 29 around the east side of Danville on the Danville Expressway. However, there is one at grade intersection (Elizabeth Street) just east (US 58) or North (US 29) of the US 29/58 interchange. Traffic can't cross over the highway, but the right turn off and right turn on is very minimal. There are provisions made to make the intersection a full-fledged diamond interchange as gradings and stub ramps for all four ramps do exist. 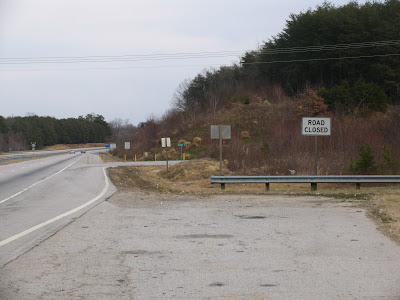