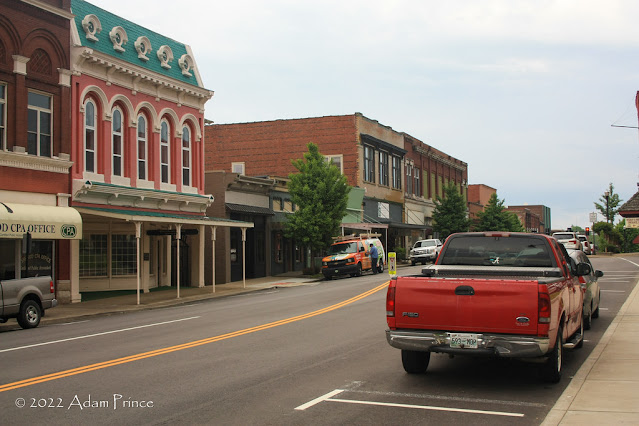 Springfield is a community of about 18,000 and the seat of Robertson County.  It sits about an hour north of Nashville - allowing for the benefits of a small town but close enough to travel to and enjoy the luxuries of a large city. 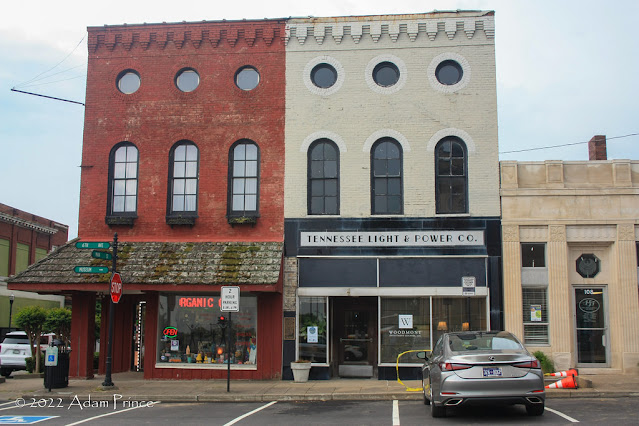 Springfield was chartered as the Robertson County seat by the newly formed Tennessee General Assembly in 1796.  The town was laid out and established two years later; however, Springfield would not incorporate as a town until 1819.

Springfield was laid out on 50 acres of land.  The town included a public square, ten streets, and 66 lots available for purchase at $8/each.  The Springfield Public Square is where the Robertson County Courthouse sits today.

The current Robertson County Courthouse was constructed in 1879 with additions that included the clock tower built in 1929.  Since 1978, the courthouse has been on the National Register of Historic Places. 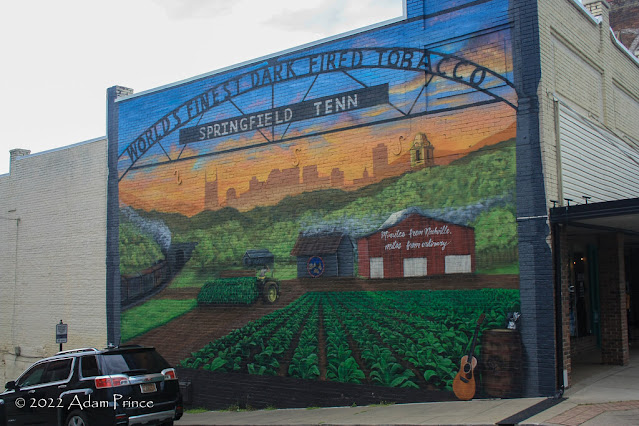 For decades, Springfield was known for its agriculture, specifically tobacco.  The community celebrated its notoriety as the home of the "World's Finest Dark Tobacco."  During the early and mid-20th century, a lit sign arched over US 41 (Dixie Highway) that boasted Springfield's claim.  Today, a building mural honors that sign.

Like many small towns throughout the country, Springfield's Downtown has numerous historic buildings.  About ten years ago, during the restoration of 116 & 118 6th Avenue West - developers came across a window transom with a unique design.  Through research, the building restoration crew discovered that the glass prism design was done by a young Frank Lloyd Wright when he was a designer at the Luxfer Prism Company in 1895.  The tiles and entire transom have been restored and are now prominently featured.

Springfield has numerous local restaurants in and around town.  My personal favorite is Willie Mae's Barbecue, located at 200 8th Avenue East.  The town's local BBQ spot - Willie Mae's is run by a husband and wife team that serves lunch Tuesday through Fridays from 11:00 to 2:30 pm or - if it's a busy day - even earlier when they run out of food!

The brisket is delicious, and my personal favorite is adding their BBQ sauce to the mac 'n cheese side.  You are always served with a friendly smile, and you'll always want to come back for more. 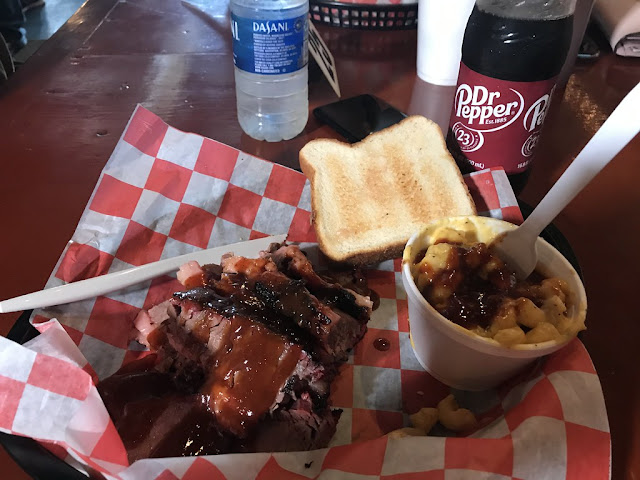