No particular place to go

By Adam August 16, 2009
A good road trip doesn't have to be 30 hours of non-stop cross country driving or with a particular destination in mind.

Sometimes, a very good road trip is right in your backyard and without a map - just by going on a turn here this road looks good without any maps.

And yesterday that was exactly what I did. Fellow blogger Brian LeBlanc and I roamed around some of the counties east of Raleigh on back roads and secondary roads, forgotten US highways, and the Interstate. What we saw were old corner stores, small North Carolina towns, and an old road that used to be pretty important.

The first stop is in Wake County - at the intersection of Poole and Smithfield Roads - this old corner store. 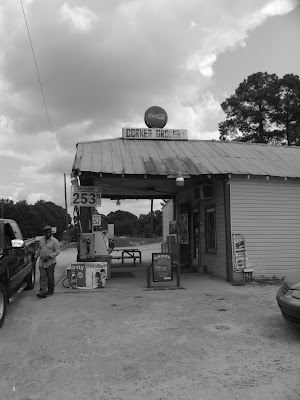 Eastern Wake County is not an area I get to explore much - and there seems to be a number of great old rural buildings and general stores out here. A few miles down pool road is a now abandoned lakehouse at Lake Myra. 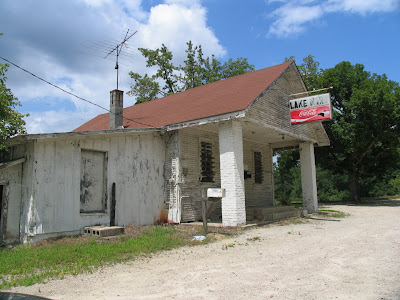 After hitting a number of backroads and state routes from Archer Lodge to Middlesex. We picked up US 264 Alternate and headed east towards Wilson. At the begining of the Wilson bypass there's this leftover sign. 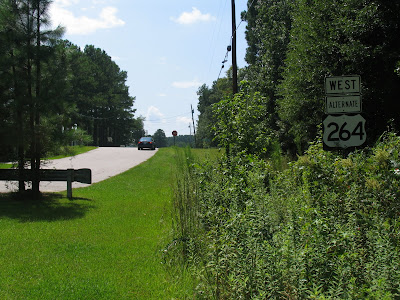 It's kinda hard to be on West US 264A when the road is blocked off. (It's a former alignment of the road prior to the construction of the bypass interchange).

From Wilson, we headed south on US 301 towards I-95 and Kenly. Until about 1978, I-95 wasn't complete from Rocky Mount to Kenly. Interstate traffic would move onto US 301 until I-95 was opened. US 301 is full of old motor lodges and truck stops a great look at how things used to be prior to the Interstate. This trip didn't get photos of all the old pieces of travel history - but it was decided to have another trip that would document US 301 throughout North Carolina.

In Kenly, there was a rare North Carolina sign find, an Interstate 95 North Carolina shield. I think that the sign may have been there from prior to I-95 being opened in the late 70s. (This is where traffic would rejoin I-95 from US 301. 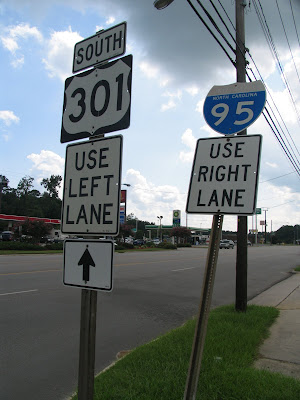 We continued south on US 301 and stopped in the town of Micro. Originally called Jerome, the town was renamed 'Micro' in 1905. It seems to be a fitting name for a small town that was bypassed by the Interstate. 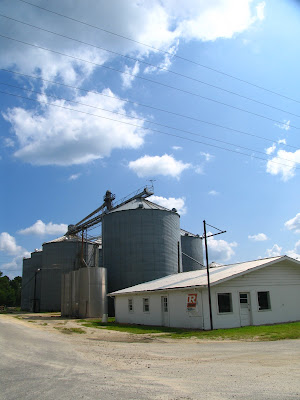 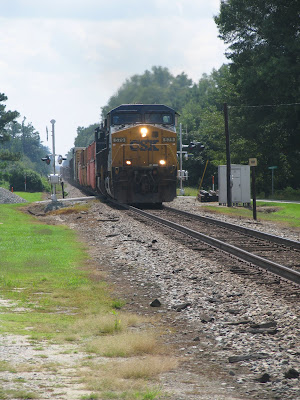 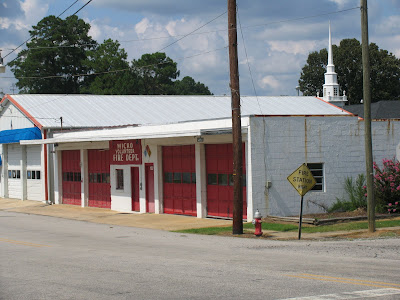 Further down US 301, and just outside of Selma, we spotted a rather old Mountain Dew sign. 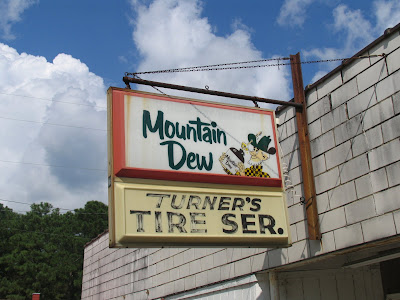 This is the first time I have ever seen this version before - is this the original?

After looping through Smithfield and Selma it wass off to Pine Level and that's where this abandoned find was. It appears to be an old Feed Mill and it's name was Edward's (something) - the building with the title of the property has collapsed. It was a great late summer find. 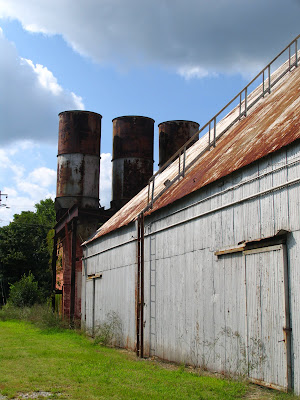 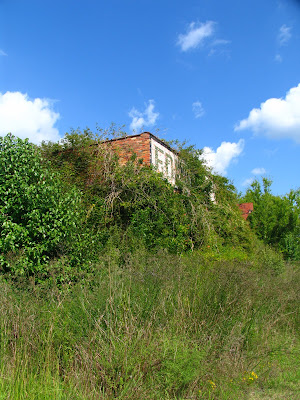 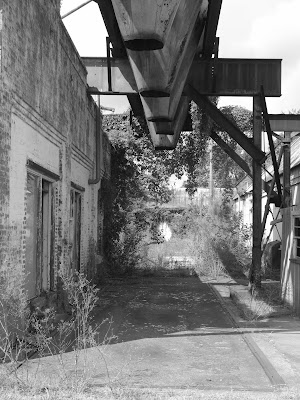 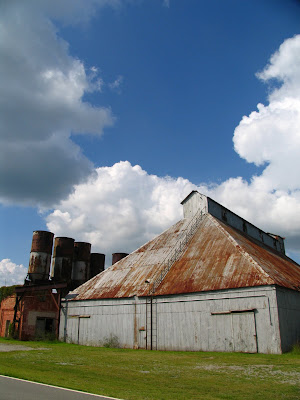 Looped back through Princeton and headed south on I-95 to Dunn from there we headed West on US 421/NC 55 to Erwin and picked up Old Stage Road to Raleigh. Near the end of Old Stage Road at the intersection with Ten Ten Road was this Ruritan Community sign. This is only the second such sign I have ever seen. The other is just a few miles away at Ten Ten Road and US 401. Do any more of these exist or were there plenty of these throughout rural NC in the past? 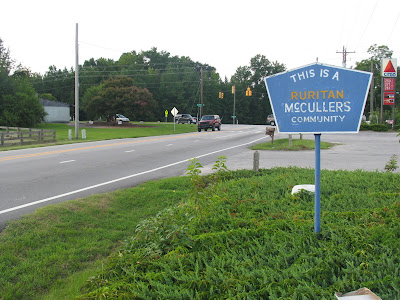 From here it was back home and the end of the trip. Still a nice five and a half hour ride through the local countryside!