If It's Friday, It Must Be (A Trip to) Goldsboro

By Bob Malme August 07, 2009
Since the Greensboro signing changes are coming to an end, and I have other people supplying me with photos now, I decided to take a quick roadtrip the other direction today. Since NCDOT has released its final report on I-795 and announced reconstruction could start as early as next month, I decided to ride the rough road the last time and see if any other changes (signage, mileposts, exit numbers) had changed since my last visit in January.

The quick (and small) answer was no. Everything, except the road surface, was unchanged from when the signs went up in November 2007. Even the hard to see South I-795 to the right sign at the still marked US 117 exit is still there. But I did find some other new things to tell and show.

1. The US 64/264 'exit to nowhere' is almost complete. They were working on tying the completed westbound exit ramps to the highway when I passed by. Fortunately, I was going east because the two right lanes westbound were closed and traffic was backed up to the Business 64 exit (guess what I used on the way back). The signage is up, but covered over. Here's a couple sign photos heading east: 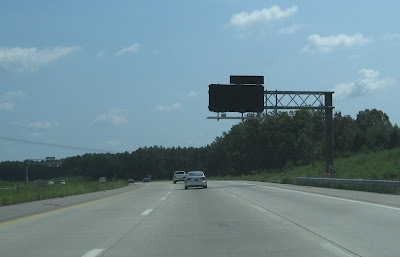 The sign above is at the one-mile mark. While below is at the eastbound exit ramp: 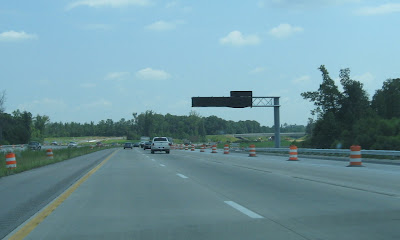 2. New mileposts along US 264. While they are resurfacing US 64/264 in Wake County, they have added mileposts and exit numbers to the 264 exits in Nash County. Previously the numbers didn't start until entering Wilson County a few miles from I-95. 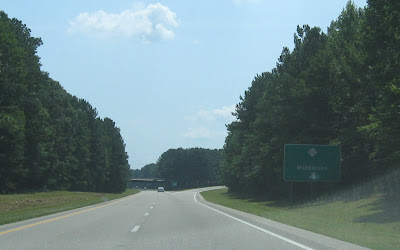 The mileposts start at 23. The first new numbered exit is NC 231, which is Exit 27 (I know looking into the sun and hard to read) the exit signs before the ramps have no numbers, they are just on the gore signs. 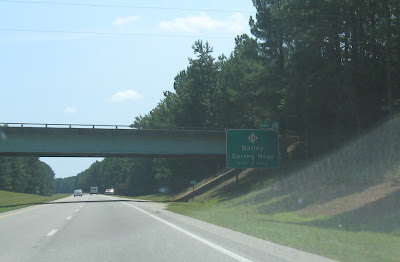 The next exit for NC 581 is now numbered 30. If you need any further proof, here's the mile marker before the exit: 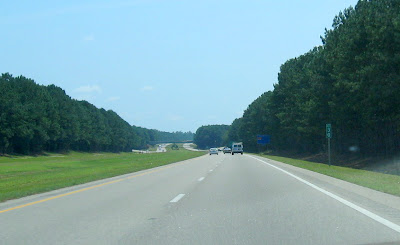 The next exit is Exit 34, Sims and is in Wilson County, the first sign is before the county line, so I don't know if it had a number previously: 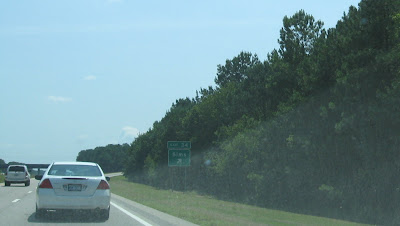 3. Progress on the new US 70 Goldsboro Bypass
I-795 is still down to one-lane through the construction zone for the new US 70 Bypass. Progress has been made in building up the grades for the bypass and exit ramp bridges. 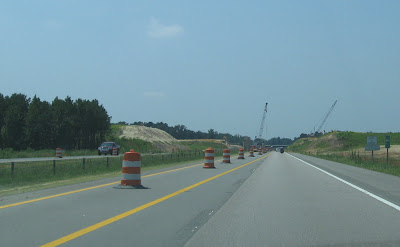 Approaching the construction zone, there will be three separate bridges across I-795. 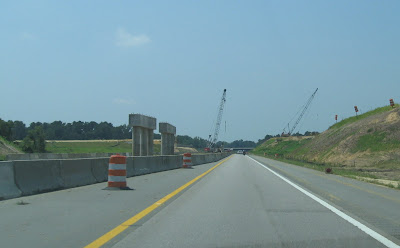 The bridge piers for the US 70 highway itself. 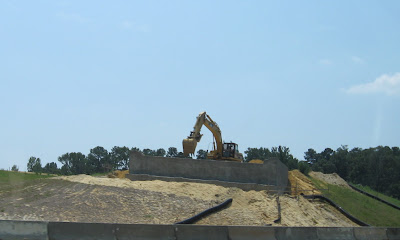 One of the pieces of construction equipment bringing the grade up to bridge level. 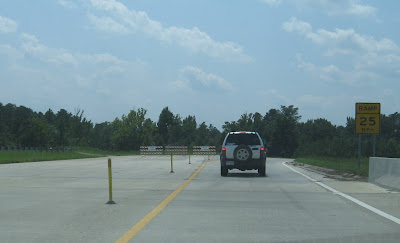 With the groundbreaking on the Triangle Parkway less than a week away, I thought I'd take this shot before the construction equipment appeared to extend the freeway. I noticed no construction equipment on NC 540 itself, but there were a few probably survey trucks on what now makes up the future ramp from East NC 540 to NC 55 East. 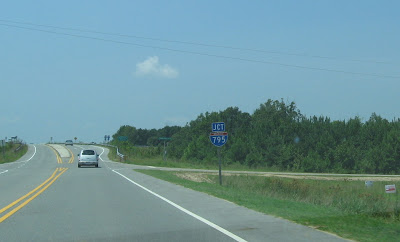 On the road going west from Pikeville (I drove US 117 starting back to see if there were any alternate US 117 signs, there were not, but they probably never were put up).

And, finally for those who haven't seen the End I-73 North sign I have on my I-73 Segment 5 page, another version, courtesy of Evan Semones: 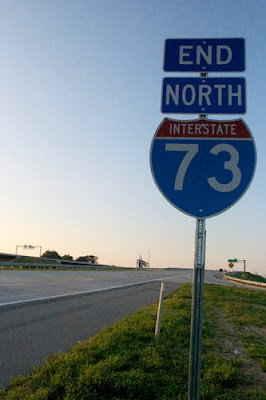 I will return to I-795 once I've learned the reconstruction project is finished, which NCDOT says should be December.