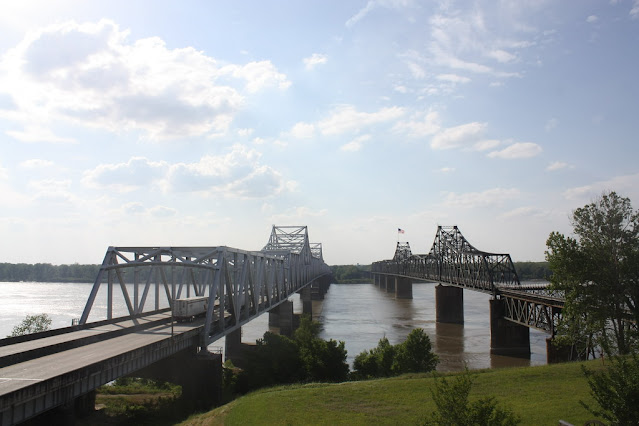 Built nearly 45 years apart, the Mississippi River bridges in Vicksburg, MS are a great demonstration of how transportation and traffic changed dramatically in the United States during the 20th Century. 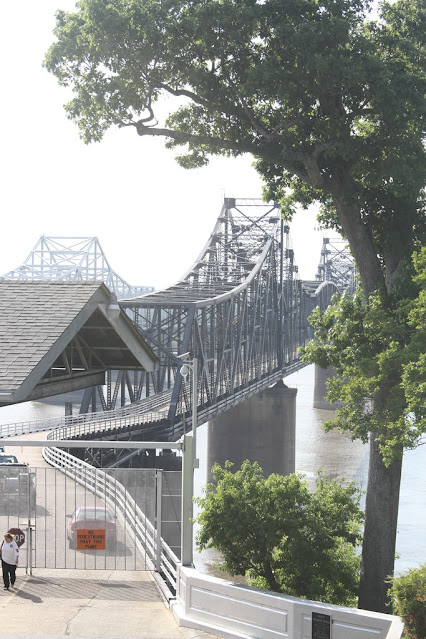 Opened in 1930, what is now known as the Old Vicksburg Bridge, was a missing link in the early American transportation network. Prior to the bridge's completion, all vehicle and rail traffic had to cross the Mississippi via ferry. The newly completed bridge solved that issue by having one rail line and an 18-foot roadway cross the mighty river.

The bridge, at the time the only Mississippi River bridge south of Memphis, would be a key connection for east-west travel in the South. 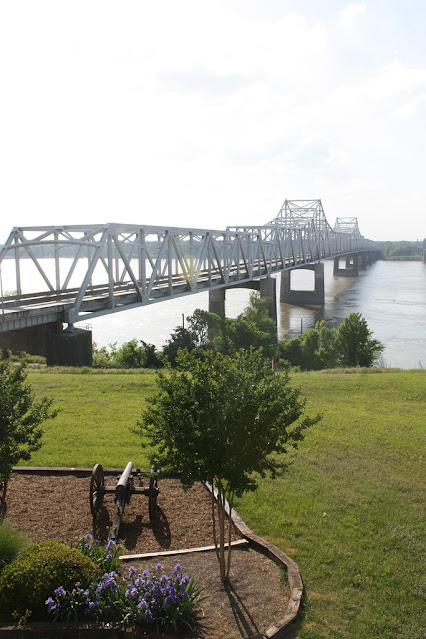 However, the bridge would quickly become outdated. At only 18 feet wide, the roadway was extremely difficult for trucks to navigate - and in later years the bridge would halt traffic to allow trucks to cross along with daytime-only crossings.

With the creation of the Interstate Highway System, the bridge would not be able to handle any of the modern freeway traffic. The new Vicksburg Bridge - located immediately downriver - opened in 1973. The new bridge carries four lanes of Interstate 20 and US 80 traffic on a 60-foot-wide highway. 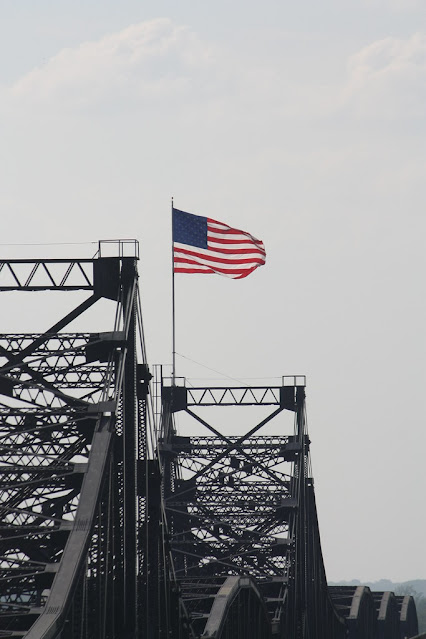 The old Vicksburg Bridge didn't go away quietly. It continued to carry vehicular traffic until 1998. Freight trains still use the old Vicksburg Bridge to this day. The bridge will also 'open' occasionally for bike and pedestrian traffic for various festivals or race events.
All photos taken by post author - April 2010.
Further Reading:
How To Get There: