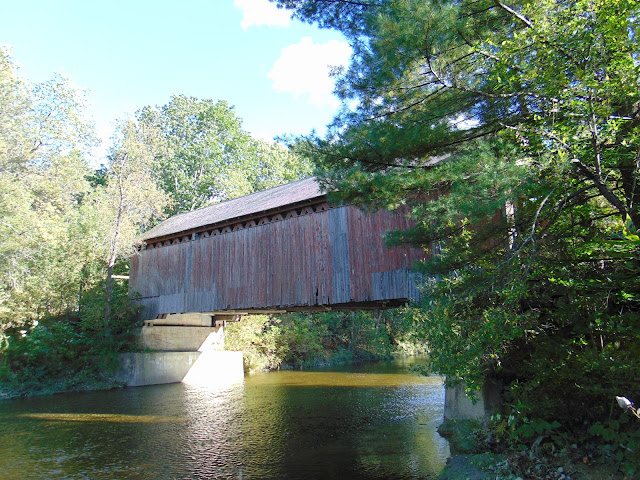 On December 7, 1992, the Milby Covered Bridge was considered a heritage monument by the government of Quebec. This has to do not only because it is a historic covered bridge, but also that the design elements are unique. Cedar shingles are used for the roof of the covered bridge. The bridge also has several unusual features, such as the used of struts made of curved roots cut in one piece, which testifies to the ingenious use of this part of the tree stump. The bridge was closed to traffic in 2003 due to concerns over heavy vehicles. The bridge was restored in 2007 which replaced and modernized some elements of the bridge, such as replacing wooden pegs with steel bolts and updating the siding.

The Milby Covered Bridge can be easily visited today, located right off of Quebec Route 147. There is a small parking lot located at the west end of the bridge and a small footpath that will lead you to the river's edge for some nice photos.