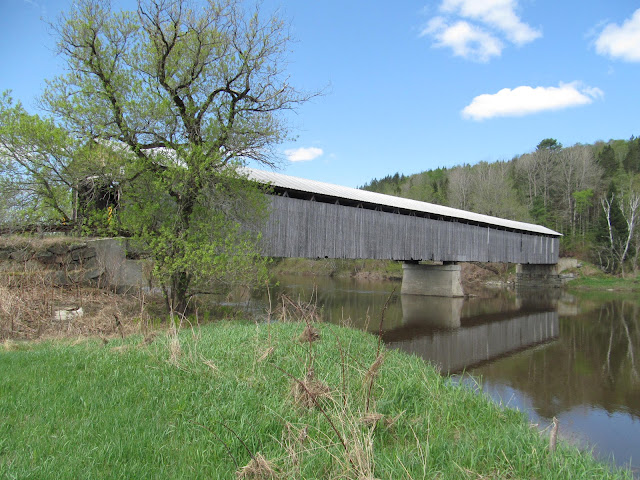 As is the case with many covered bridges, the Mount Orne Covered Bridge has taken a beating towards its longevity over the years. In 1969, a truck loaded with salt dropped through the bridge deck and landed on the ice below. The front of the truck became hooked on one of the bridge's steel rods while the truck's rear rested on the ice. The salt from the truck spilled onto the ice and threatened to melt the ice that held the salt truck from breaking through. The truck was raised, was disengaged from the bridge, and lowered to the ice. The truck was quickly dragged away from the area weakened by the salt, was turned upright and was loaded onto a flatbed on the Vermont side of the river. Additional damage to the covered bridge by tractor trailers took place in 2006, 2010 and 2012.

The covered bridge was closed on July 5, 1983 for twelve weeks for rehabilitation at a cost of $133,000. Funding came from the towns of Lancaster and Lunenburg, the states of New Hampshire and Vermont, along with matching grant a federal Historic Preservation Fund matching grant from the National Park Service of the U.S. Department of the Interior through the New Hampshire Division of Historical Resources. The bridge was rededicated on November 23, 1983. The Mount Orne Covered Bridge is also listed on the National Register of Historic Places.