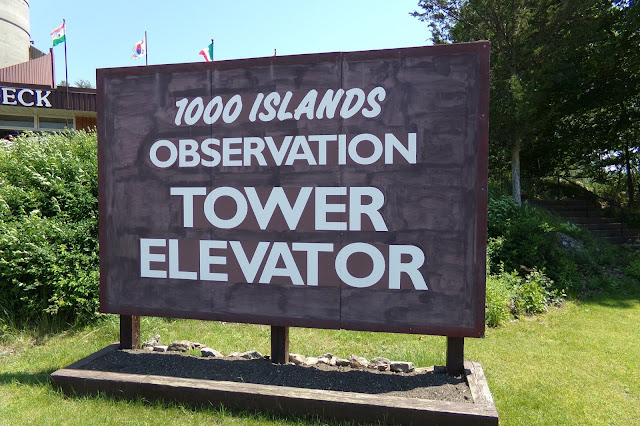 I pass through the Thousand Islands often enough where I've become fairly acquainted with the lay of the land and the places that dot the landscape. It is certainly a majestic and wonderful place to visit. However, every time I would cross the border into the United States or to Canada, I pass by a tall tower just north of the border into Ontario. During one of my trips back to Upstate New York from Ontario, I decided to check out the tower and see the Thousand Islands from a different angle. That tower is known as the 1000 Islands Tower. 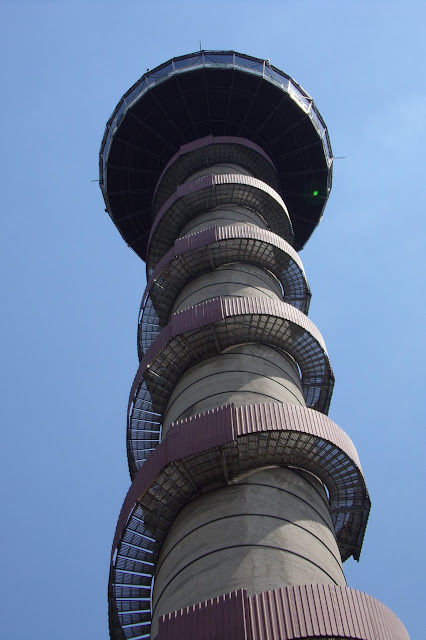 Towering some 400 feet, or 130 meters, the 1000 Islands Tower sits on its perch on Hill Island. The tower is generally open from May to October, and after paying the admission fee, you can head up the elevator to the observation decks to get a bird's eye view of the area. The tower is currently owned by a couple who are originally from Germany, but fell in love with the Thousand Islands when they were vacationing in the area. They loved the idea of the 1000 Islands Tower as a landmark, and when the opportunity arose, they purchased the tower.

From the tower, a view of the Ivy Lea Bridge, which is the northern bridge spanning the Canadian mainland with Hill Island, can easily be spotted from the sky deck, along with other various islands on both the American and Canadian sides of the border. Let's take a look at what we can see, shall we?