By Challenger Tom July 06, 2018
Back in 2013 I checked out a ghost town in Collier County on Florida State Road 29 which along the Harrisburg to Everglades City Railroad. 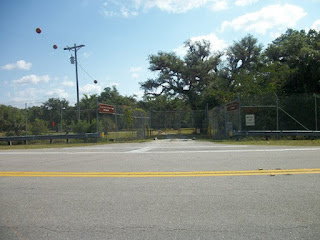 The name Deep Lake refers to a 90 foot sink hole on the eastern side of FL 29 which apparently is the largest south of Lake Okeechobee.  Deep Lake is located in the middle of the Big Cypress Swamp and was part of Lee County until Collier County split away in 1923.  Deep Lake was originally settled in 1900 by investors looking to built grapefruit ranch.  The investors built a small railroad line to transport the grapefruit from Deep Lake south to Everglades City.  Said railroad line can be seen on the 1916 Lee County map.

By 1928 the Atlantic Coast Line Railroad purchased the rails between Everglades and Deep Lake.  The ACL expanded the line north to Harrisburg which was a rail siding located near Palmdale and the current junction of US 27/FL 29.  The expanded line can be seen on the 1932 Collier County Map.

The Everglades City to Harrisburg line was partially abandoned in 1957 between Everglades City north to Sunniland with the rest of the line sometime in the 1980s according to abandonedrails.com. 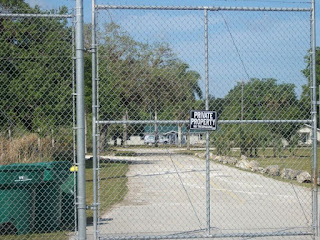