By Challenger Tom July 25, 2018
The other day I was browsing bridgehunter.com when I noticed that there an old Concrete Pony Truss bridge spanning the Fresno Slough in rural Fresno County near Burrell on Elkhorn Avenue.  Today I went out to the old span to grab some photos. 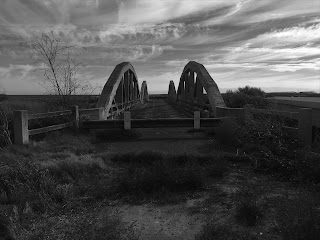 The Old Elkhorn Avenue Bridge apparently dates back from 1916 according to bridgehunter.com.

I don't have an exact date for the replacement Elkhorn Avenue span over Fresno Slough but the old grade still has paint which makes it apparent the replacement probably was built in the last two decades. 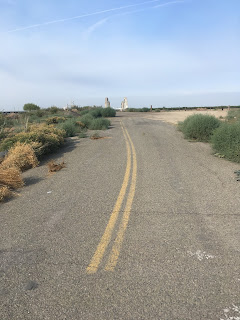 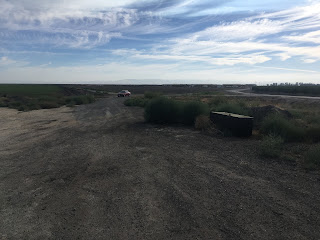 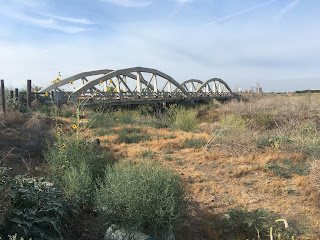 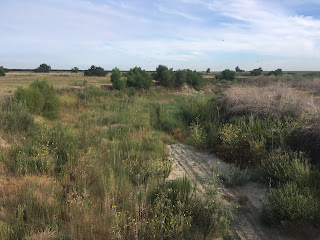 The Old Elkhorn Avenue Bridge can be walked across but there isn't a plaque or indicator to tell travelers any details about the bridge. 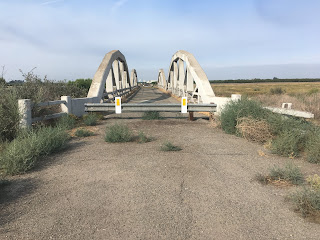 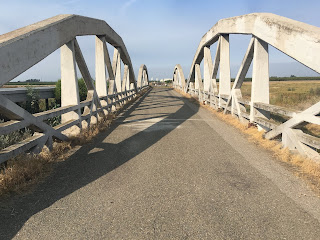 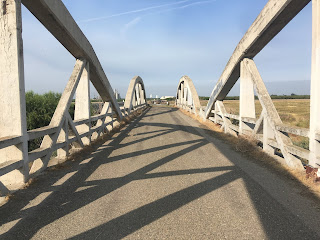 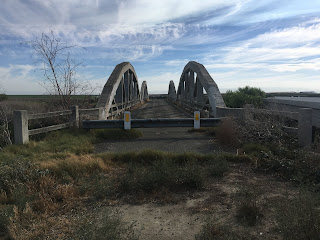 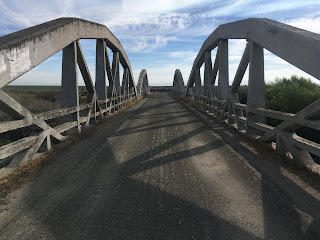 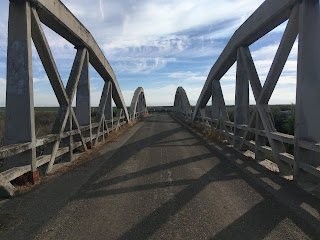 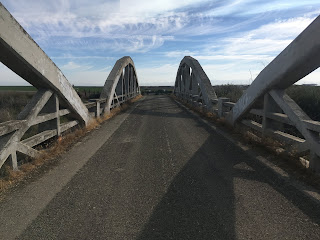 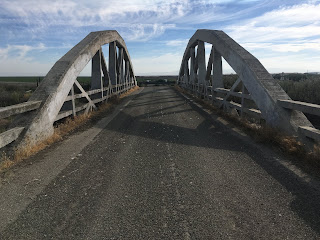 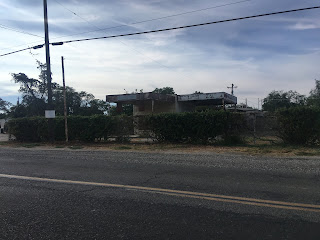 More information on the Riverdale Branch Railroad can be found here.

Unknown said…
My family and I visited this bridge to Ghost hunt here because there are stories that a woman killed herself on the same bridge. When we got there we saw things I could never forget. I saw a rotting alpaca/Llama carcass, a mutilated boar carcass, a black bird carcass, and a dog carcass in a bag that smelled like it had been there for years.
2:11 AM