By Challenger Tom February 08, 2017
Generally I try to string together a couple different things to go see on a road trip.  That being the case the real reason I took Bitterwater Road through the Temblor Range to California State Route 58 was to check out an old alignment of California State Route 178 along Pozo Road. 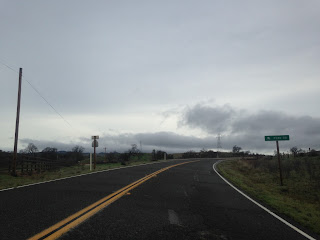 The history of both CA 58 and CA 178 is strange to say the least.  Before the Signed State Highway program became effective in 1934 Legislative Route Number 58 ran from LRN 2/US 101 in Santa Margarita east all the way to the Arizona State Line.  LRN 58 was unique because it's route was eventually occupied several signed routes by 1934, namely; CA 178 from Santa Margarita to Bakersfield, US 466 from Bakersfield to Barstow, and US 66 from Barstow to the Arizona State Line.  If anything LRNs like LRN 58 were part of the reason the 1964 California State Highway renumbering was actually done to simplify the system.

So with all that said, LRN 58 from Santa Margarita east to Bakersfield was once CA 178.  Oddly this was switched to CA 58 in 1964 during the Highway Renumbering.  This can be seen by comparing the 1963 and 1964 California State Highway Maps.

What is apparent on both above maps above is that CA 178/LRN 58/CA 58 ran north of Pozo Road, but that wasn't the case originally.  From 1934 to 1956 CA 178/LRN 58 had an alignment along Pozo Road through the La Panza Range.  This routing along Pozo Road is observable on the 1938 and 1955 California State Highway Maps with the modern alignment to the north appearing on the 1956 Map.

If the alignment switch off of Pozo Road along CA 178 coupled with the switch to CA 58 wasn't confusing enough for you, don't worry it only gets more confusing to the west near Santa Margarita.  Pulling onto Pozo Road itself heading westward it was very apparent that it had seen much better days. 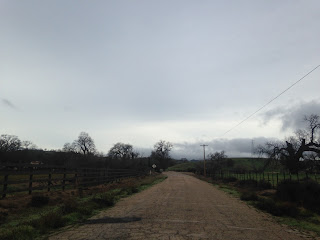 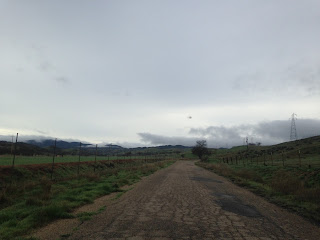 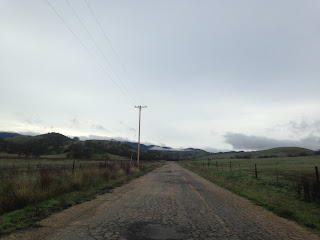 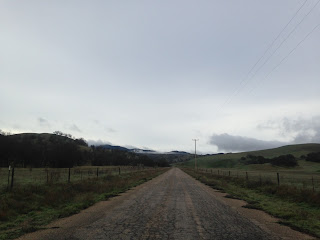 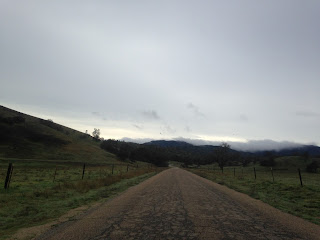 Entering the La Panza Range there is advisory sign stating that the road is rough for the next 12 miles.  The pavement actually ends about one mile west and doesn't resume for another 11 miles. 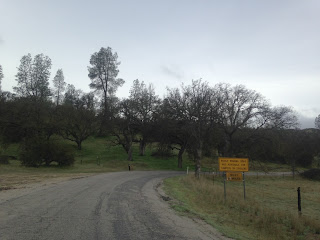 Pozo Road climbs a narrow ridge up to a small plateau. 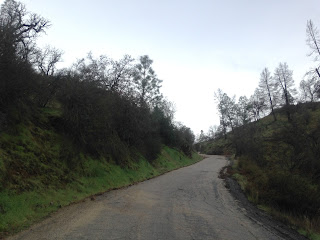 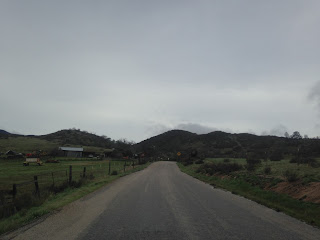 Where the pavement ends in a ghost town known as La Panza. 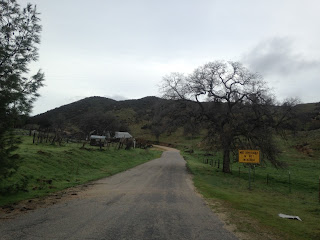 La Panza was the site of a placer gold claim during 1878.  La Panza had Postal Service until 1908 and last appears on 1932 State Highway Map.

All that is left of La Panza today is one brick building which has been incorporated into part of a small ranch. 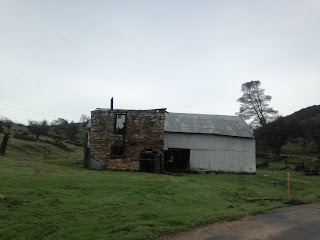 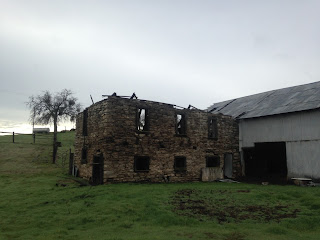 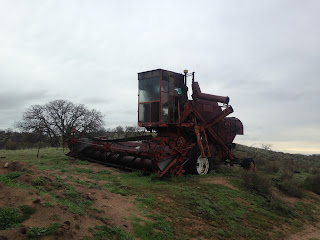 I wasn't willing to take the chance on the dirt segment of Pozo Road given the terrain was still soaked from the winter rains.  I backtracked east to CA 58 and took the post 1956 highway west. 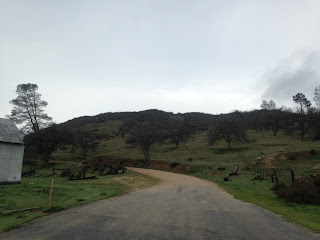 My understanding is that the dirt section of Pozo Road is fairly well maintained and "should" be passable by car in dry weather.  I did find a Youtube video from the Faultline 500 which seems to corroborate that this is the case.

Really I think think that the modern alignment of CA 58 west of Bakersfield gets a bad rap.  The terrain the modern highway takes is actually pretty gentle and easy to maintain a good 50-60 MPH.  I think that most folks are intimidated by the 70 plus miles of no service along the route through the La Panza and Temblor Range.  Heading west along CA 58 I eventually met the junction of CA 229. 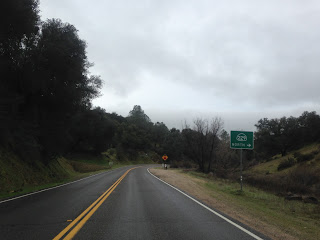 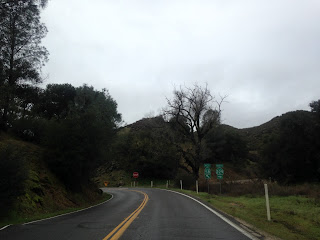 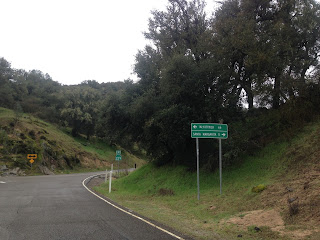 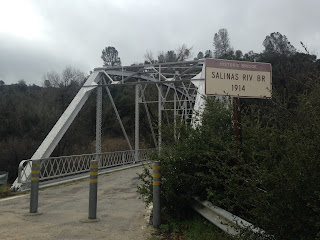 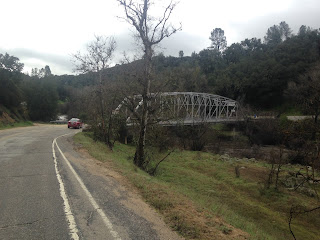 The 1914 Salinas River Bridge is a single-lane span that was in service until 1997.  The old bridge saw service along LRN 137 from 1933 when it was adopted until 1956 when it became part of CA 178.  The bridge changed routes again in 1964 when it became part of CA 58.  There truss seems to be in good shape to this very day aside from the very obvious shotgun blast on the height sign. 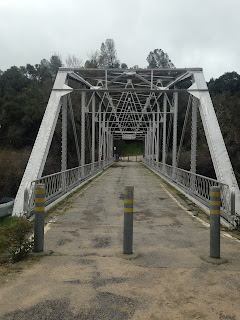 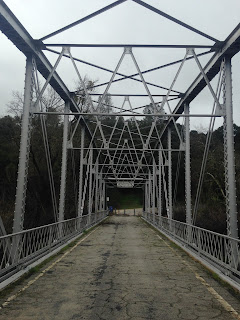 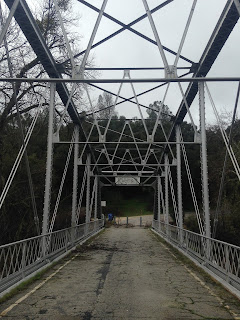 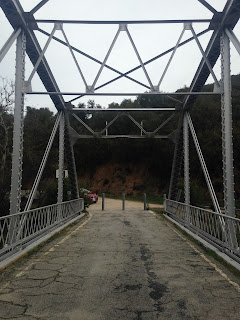 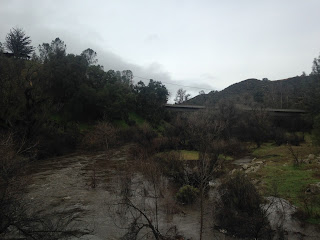 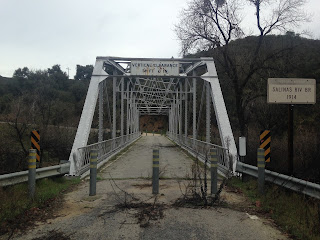 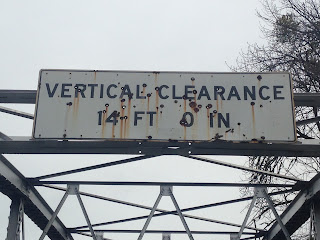 Continuing west from the 1914 Salinas River Bridge I encountered the western end of Pozo Road.  LRN 137 would have terminated at this location while CA 178 continued in both directions prior to 1956. Originally CA 178 would have ended at US 101 on the El Camino Real in Santa Margarita after passing the railroad tracks.  When US 101 was improved to expressway in 1957 CA 178 west extended through Santa Margarita to meet it. 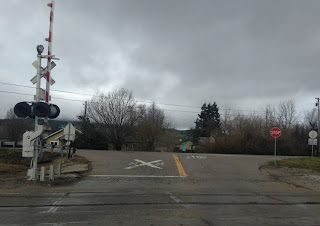 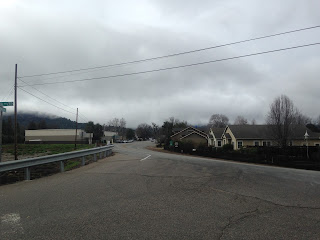 The change which can be seen on the 1957 State Highway Map.

Really the change from CA 178 to CA 58 west of Bakersfield vexes me.  CA 178 was on a perfect direct line exiting downtown Bakersfield while the newly created CA 58 had to take an odd turn through the city.  It wasn't like there was much continuity considering that "58" only existed only on paper prior to the 1964 State Highway renumbering.  The character of the highway is more rural while the lower number seems to imply it is more of a primary route, but that's my opinion...  Either way the back story of LRN 58 is interesting considering how many times it was extended to cross the entire state.  CAhighways has an excellent stub on CA 58/LRN 58.