By Challenger Tom February 10, 2017
Back in February I was traveling in Kings County on California State Route 43 when I came across a recent roundabout build at Lacey Boulevard in Hanford.  Caltrans District 6 was making the finishing touches to the roundabout but it was largely complete when I passed through. 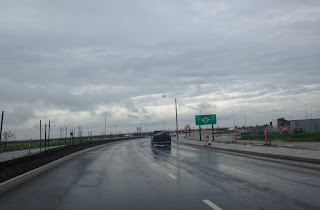 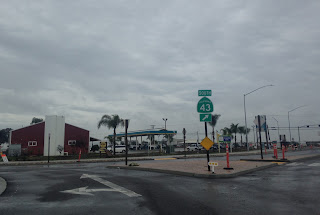 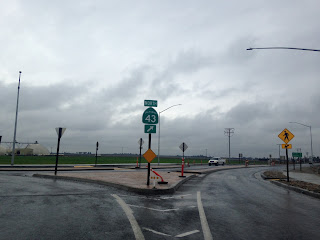 The types of roundabout have become common on Central Valley State Highways in rural areas where there are intersections with heavy traffic.  Generally the aprons are wide to facilitate truck traffic and the errors they may make in the roundabout.  CA 145 in particular has a large number of roundabouts like the one on CA 43/Lacey Boulevard.  The CA 43 build seems to have been spurred by a new Costco opening in Hanford in late 2016.

Interesting fact; CA 198 used to run on Lacey Boulevard prior to the early 1960s when the current expressway was built.  I managed to capture the start of the roundabout construction back in August of 2016 when I was tracking the original alignment of CA 198 through Kings County. 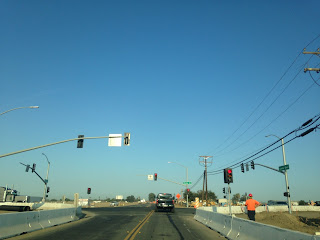