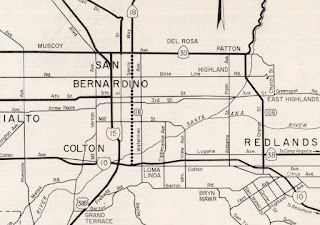 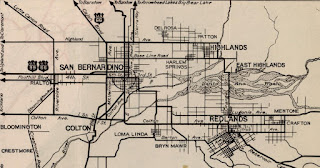 LRN 190 on Orange Street appears on the 1935 Division of Highways Map of San Bernardino County.  Between Highland Avenue and Orange Street the alignment of LRN 190 is shown making numerous jogs, including Baseline Street. 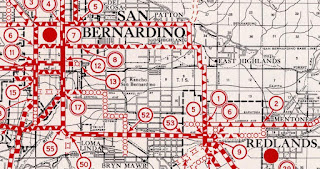 The November/December 1947 California Highways & Public Works announced the construction and paving of a new bridge on LRN 190/Baseline Street had been budgeted for the 1948-49 Fiscal Year.

A contract to construct the realignment of LRN 190 between Baseline Street and Orange Street was announced in the November/December 1948 California Highways & Public Works.

The realignment of LRN 190 connecting Highland Avenue to Orange Street via Boulder Avenue appears on the 1950 Division of Highways Map. 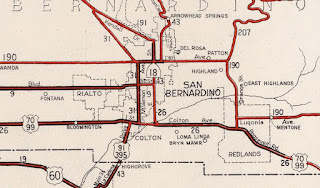 The January/February 1955 California Highways & Public Works announced a contract to expand LRN 190 between CA 30/LRN 207 to Baseline Street to a four-lane divided highway. 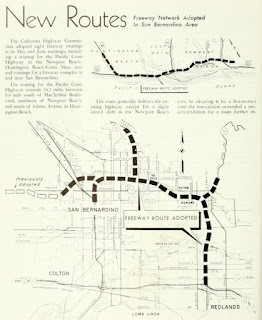 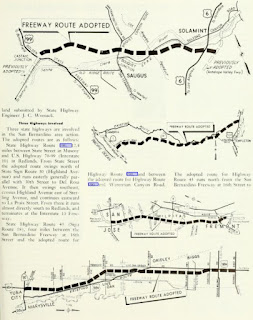 As part of the 1964 State Highway Renumbering the Legislative Route Numbers were dropped in favor of field signage.  Legislative Route Numbers which didn't have Sign State Routes were assigned them.  In the case of LRN 190 between Highland and Redlands it was assigned as CA 106.  The original definition of CA 106 was "Route 38 near Redlands to Route 30 near Highland."  CA 106 appears for the first time on the 1964 Division of Highways Map. 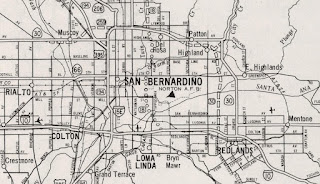