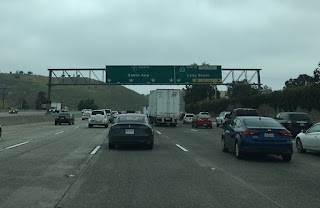 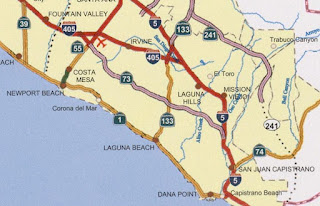 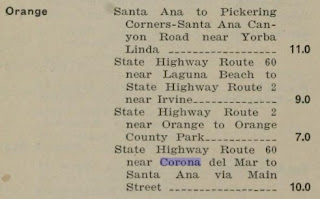 LRN 184 appears for the first time on the 1934 Division of Highways Map.   LRN 184 appears under State Maintenance from US Route 101/LRN 2 in Santa Ana south via Main Street to LRN 43/Newport Road.  LRN 184 is shown as a unconstructed highway south of LRN 43 over the San Joaquin Hills to LRN 60 in Corona del Mar. 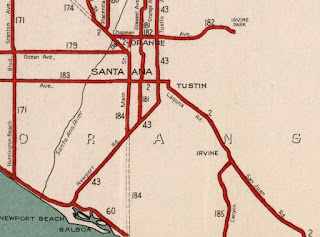 The May 1940 California Highways & Public Works notes the "Main Street Extension" of LRN 184 from LRN 43 south to LRN US Route 101A/LRN 60 was funded during the then current State Highway budget biennium. 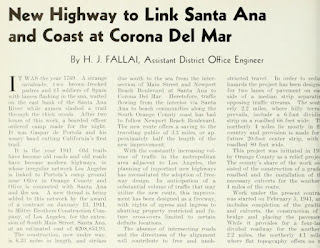 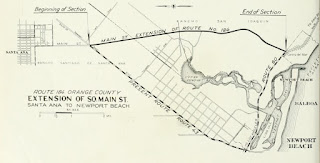 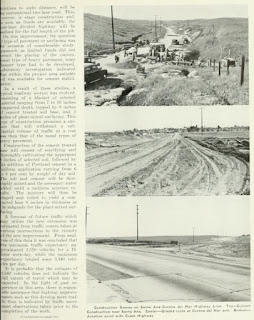 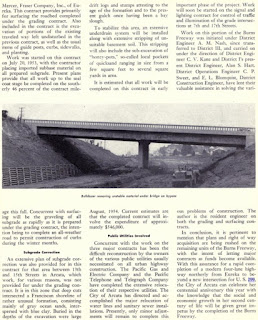 The January/February 1960 California Highways & Public Works notes details about the future Corona del Mar Freeway alignment of LRN 184.  The Main Street Extension of LRN 184 had been adopted as what was considered once a "freeway" by the California Highway Commission on January 26th, 1940 which led to the corridor being retained as part of the Freeways and Expressway System.  The planned Corona del Mar Freeway and LRN 184 are stated to be in need of realignment to align with construction of the San Diego Freeway (Intestate 405). 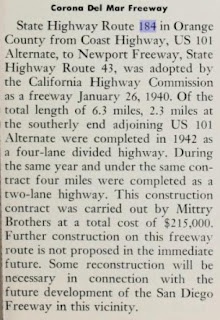 The March/April 1961 California Highways & Public Works notes an aerial survey to plot the route of the Corona del Mar Freeway/LRN 184 between Palisades Road (Orange County Airpot) south to US Route 101A/LRN 60 had been awarded during October 1960. 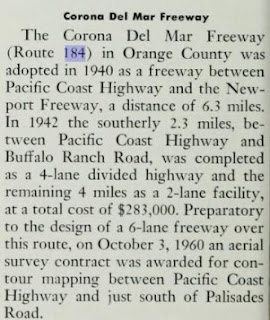 The March/April 1962 California Highways & Public Works notes the final design of the San Diego Freeway between Harbor Boulevard and the Santa Ana Freeway would soon be underway pending a compatibility survey with proposed improvements to Orange County Airport. 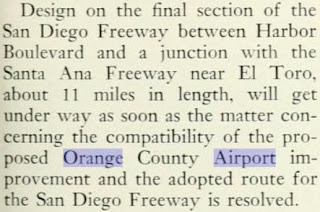 The January/February 1963 California Highways & Public Works notes a 3.9 alignment of the Corona del Mar Freeway/LRN 184 between Costa Mesa and Newport Beach had been adopted.  The article stub is also the first to reference the Main Street Extension as "MacArthur Boulevard." 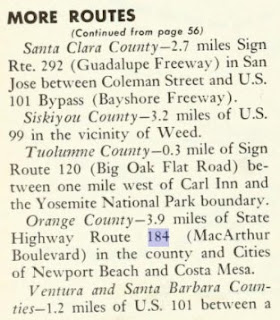 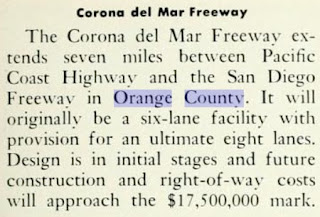 During the 1964 California State Highway Renumbering the Legislative Route Numbers were dropped and all unsigned State Highways were given field designations.  LRN 184 was designated CA 73 with the following definition:
"Route 1 near Corona del Mar to Route 405. (b) Route 405 to Route 5 in Santa Ana via Main Street."
CA 73 appears on the 1964 Division of Highways Map following a realigned MacArthur Boulevard around Orange County Airport to a future interchange with Interstate 405/San Diego Freeway.  CA 73 is seen continuing northward into Santa Ana via Main Street to a terminus at US Route 101/Intestate 5/Santa Ana Freeway.  The planned route of the CA 73/Corona del Mar Freeway to Interstate 405 in Costa Mesa can be observed. 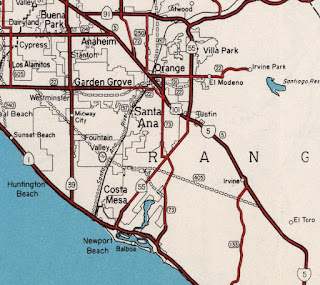 Segment (b) of CA 73's route definition was deleted via 1965 Legislative Chapter 1372 which truncated it's to the future interchange with Intestate 405.  Despite the legislative truncation CA 73 is seen remaining active in field north to Santa Ana on the 1966 Division of Highways Map. 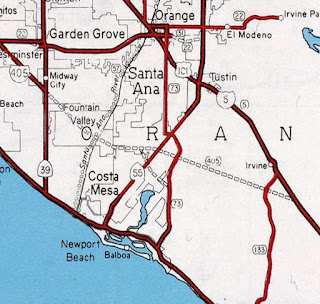 CA 73 is shown truncated to Intestate 405 via MacArthur Boulevard near Orange County Airport on the 1969 Division of Highways Map.  The field truncation of CA 73 to Intestate 405 seems to have not taken affect until the San Diego Freeway was completed between Harbor Boulevard and the Santa Ana Freeway. 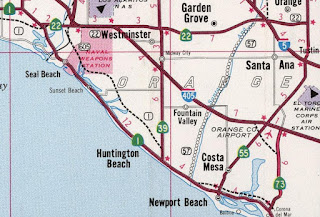 The Corona del Mar Freeway was completed between Intestate 405 east to CA 55 during 1977 (according to CAhighways.org) and first appears on the 1979 Caltrans Map. 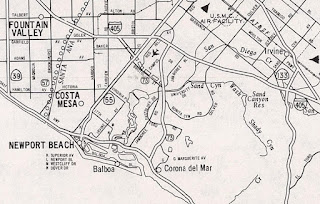 An interim surface connector alignment of CA 73 via Palisades Road between the Corona del Mar Freeway and MacArthur Boulevard appears on the 1981 Caltrans Map. 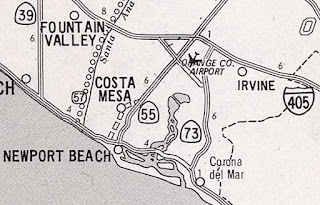 The alignment of CA 73 on MacArthur Boulevard north of San Diego Creek to Intestate 405 is shown relinquished from the State Highway System on the 1982 Caltrans Map. 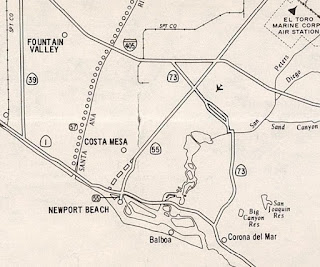 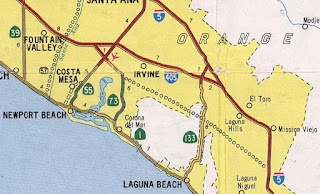 The Corona del Mar Freeway is shown completed to MacArthur Boulevard on the 1988 Caltrans Map. 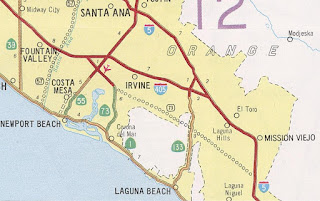