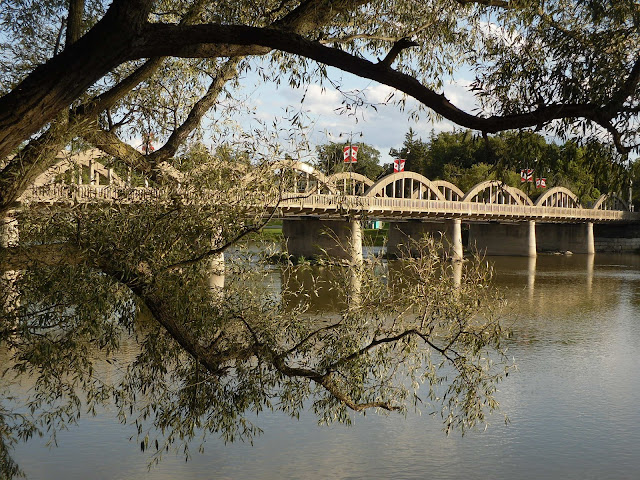 The Caledonia Bridge, also known as the Argyle Street Bridge, is the longest rainbow arch bridge in the Province of Ontario. Spanning 700 feet across, the Caledonia Bridge includes an impressive nine arches. Opened to traffic on November 19, 1927, the bridge crosses the scenic Grand River in the Haldimand County town of Caledonia.  Caledonia Bridge was the first, and is now the only nine span bridge in Canada. The arches along the bridge tower over most passing vehicles. King's Highway 6 also once crossed this bridge, before the Caledonia Bypass was opened in 1982.

The site where the current Caledonia Bridge is located has a long history of being the location of a noteworthy bridge. In fact, the existing bridge replaced a large, six arch Whipple Arch truss bridge that was built in 1875 along the old Plank Road between Port Dover and Hamilton. Each of those spans were 105 feet (32 meters) in length. A large brick toll keepers residence was also built near the north end of this bridge. The Caledonia Toll House was also completed in 1875. Built by the Caledonia Town Council, the toll house was constructed to collect tolls to cross the Grand River using Caledonia's old Iron Bridge. While tolls were no longer collected at this bridge after 1890, the toll house is now a private residence, remaining true to its Gothic Victorian architecture. At least one portion of the 1875 bridge in Caledonia collapsed due to overloading by a truck in 1925, which prompted interest in constructing a new bridge, leading to construction of the existing rainbow arch bridge.

Built by the Randolph MacDonald Company of Toronto, Ontario, the bridge was completed in a record 140 working days, a feat both in 1927 and today as well. The existing nine span concrete arch bridge that carries Argyle Street across the Grand River in Caledonia is considered to be a heritage bridge and structure. However, time has taken its toll and the bridge is now posted with weight restrictions for crossing vehicles. This also means that the Caledonia Bridge is not long for this world, as there is a project study in place as of 2019 in order to replace the historic nine arched rainbow arch bridge with a steel arch bridge.

I visited the Caledonia Bridge on two occasions, in 2005 and 2010. This heritage bridge (in Ontario, they use the term heritage instead of historic for these sorts of sites) is truly unique and worth visiting if you happen to be in the area. Here are some photos that I have took of the bridge and its surroundings. 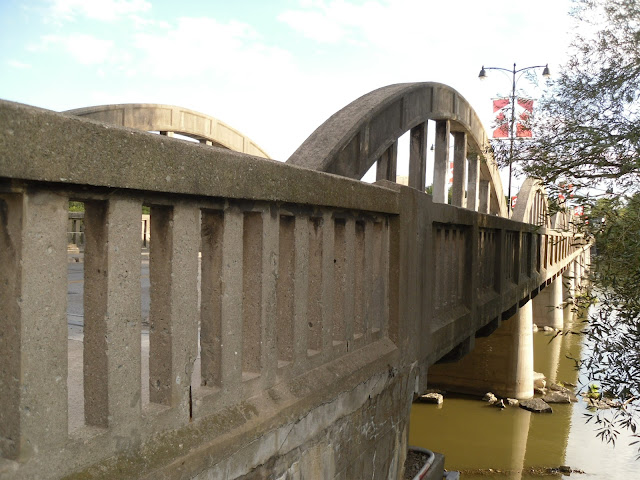 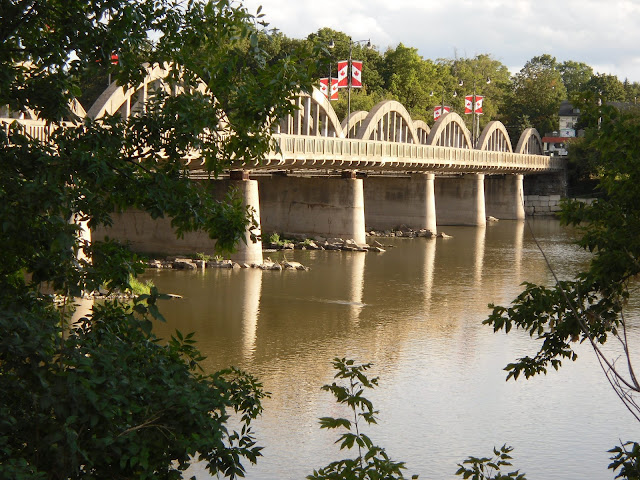 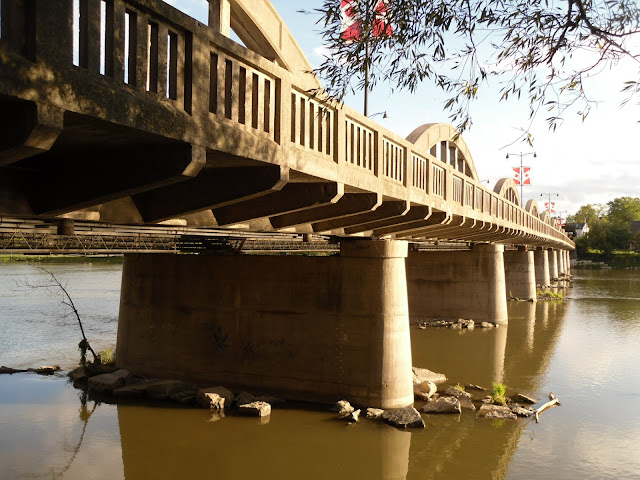 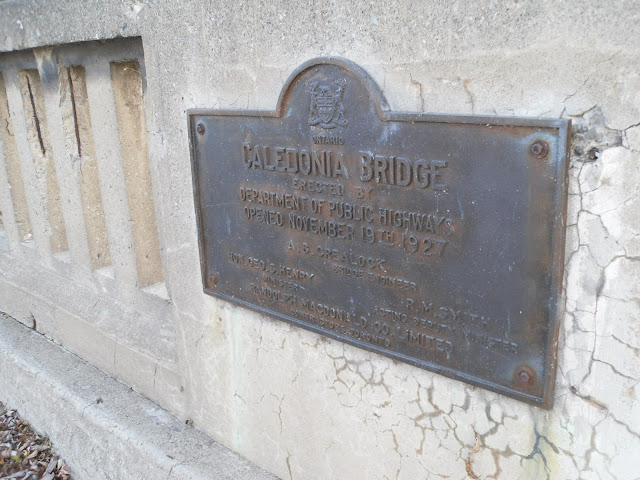 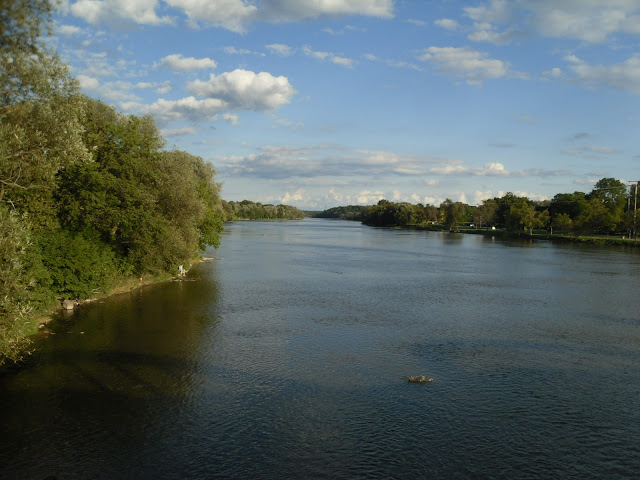 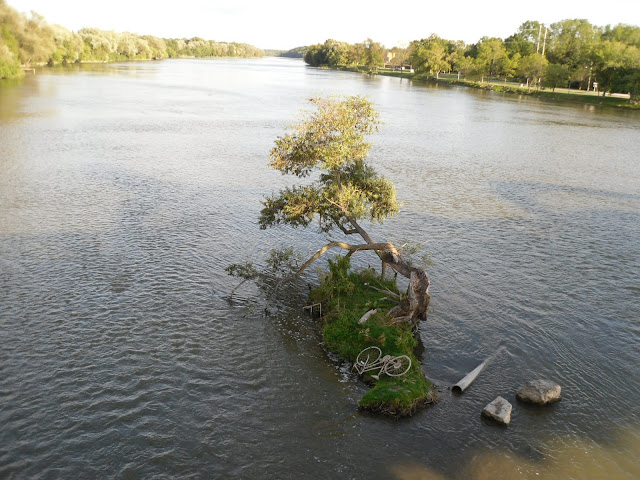 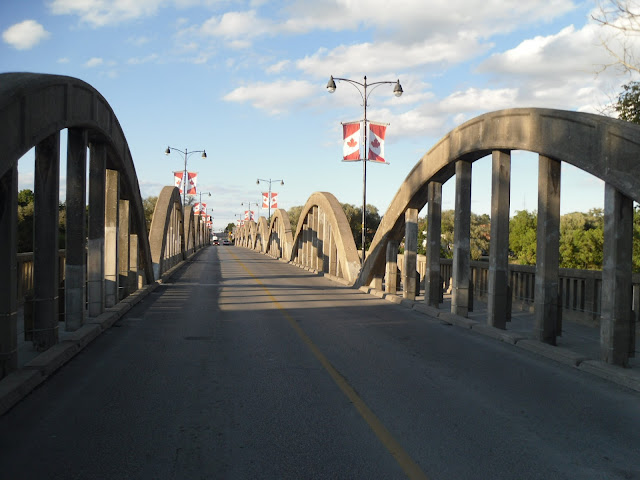 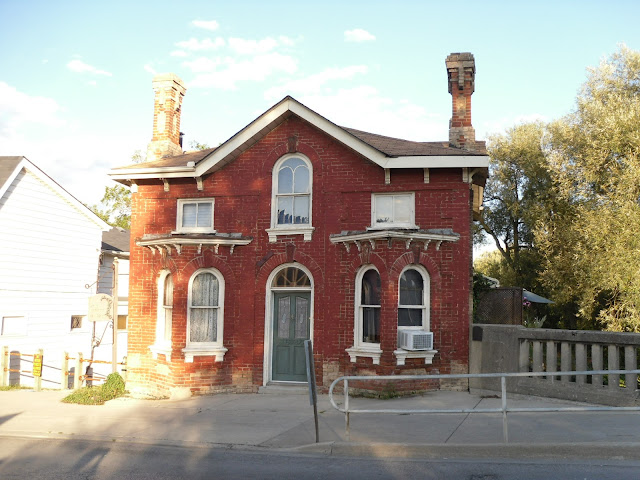