One of the first things that you will encounter along the Otter Crest Loop is the Ben Jones Bridge, which was originally named the Rocky Creek Bridge. Designed by famed bridge engineer Conde McCullough (he designed many of the famed art deco bridges along the Oregon Coast) and named after Ben Jones, who is known as the “Father of Highway 101” for his work on legislation regarding the creation of US 101's predecessor, the Roosevelt Military Highway, during the 1910s. There is a small pulloff for a few cars here, where you can check out the bridge and even watch the waves roll in from the ocean.

Continuing south, the road gets narrower, and eventually becomes an one way road, with only southbound traffic. The twisting, winding road that we now call the Otter Crest Loop was originally part of US 101 when it opened during the 1920s. But in the 1950s, when the modern alignment of US 101 was built, state officials actually cordoned off the Otter Creek Loop and abandoned it. However, in 1956, locals protested enough that it was reopened as a scenic drive. This was, of course, when it was still a two way road. You may notice quickly after the Ben Jones Bridge that this becomes a one way road, only for southbound traffic. In the 1990s, two major landslides here finally took their toll on the Otter Crest Loop and the roadway started to shrink considerably. The western, or seaward side of the road had retreated several feet. The second landslide caused a van to slide down the muddy sludge, causing a the man and his son inside to get out of the van and crawl their way back up to the road.

After that, for a number of years, this stretch of the Otter Creek Loop was just a footpath and was blocked off by a concrete barrier. Work was delayed on it for a long time and then proceeded slowly once work began. This was a surreal chapter in the road's history. It didn’t take long for nature to start reclaiming that spot. By the late 1990s, this hiking-only road became more and more covered by fir needles and drifting soil. Finally, in the early 2000s it was reopened again, this time only big enough for one lane, with some space dedicated for bikers and hikers.


Just a few blocks away from the Otter Crest Loop is Devils Punchbowl State Natural Area, which I feel is worth the detour from the scenic road. It is said that the Devils Punchbowl is about 18 million years old and was formed when two sea caves eroded into one larger sea cave. Nowadays, you can go there to see scenic views, the awesome effect that nature has on our coastlines and even watch some surfers ride the waves at a nearby beach. You may even spot the Yaquina Head Lighthouse in the distance to the south. 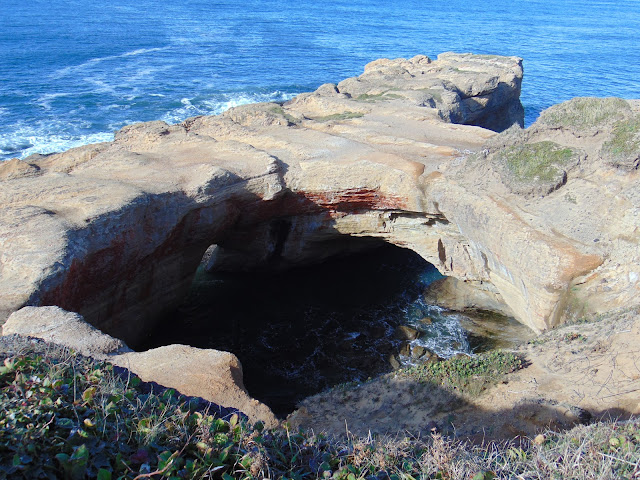 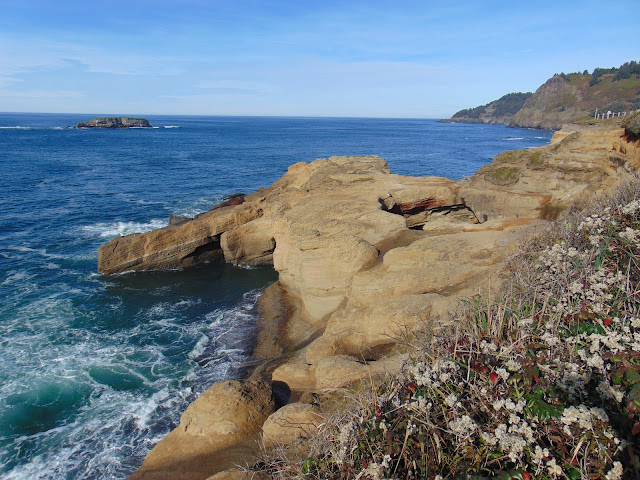 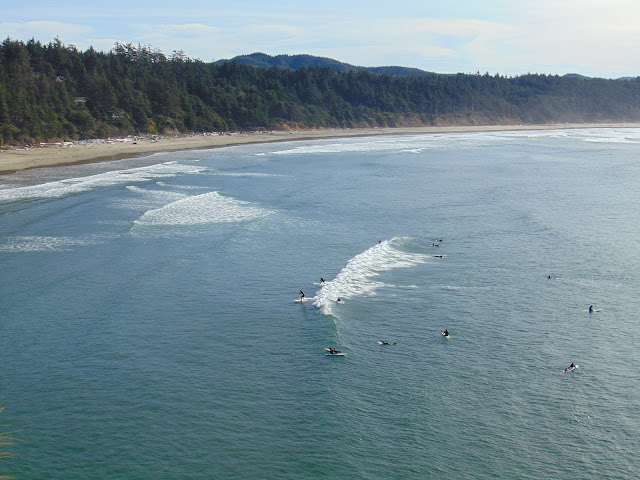 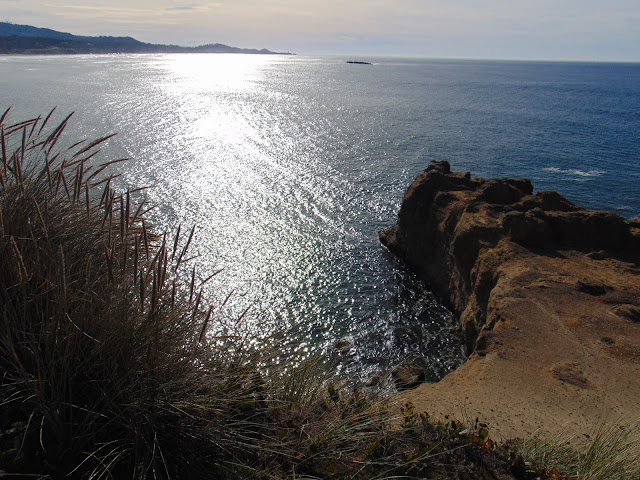 After the detour to Devils Punchbowl, I headed back to the Otter Crest Loop and headed south, where the old road quickly joined back with US 101 on my way to Newport. The Otter Crest Loop certainly proved to be an enjoyable little ride for me.