Accomplishments: Clinched the Independent Cities of Buena Vista and Radford. Cliched VA 129, 262, and finished VA 8. Completed US 501 in VA and I-81 within Virginia along with adding miles to US 58, US 60 and US 11 within Virginia.

Of course for the entire photo set on flickr, go here.

On NC 96 prior to Virgilina was this great remnant of an old highway store. 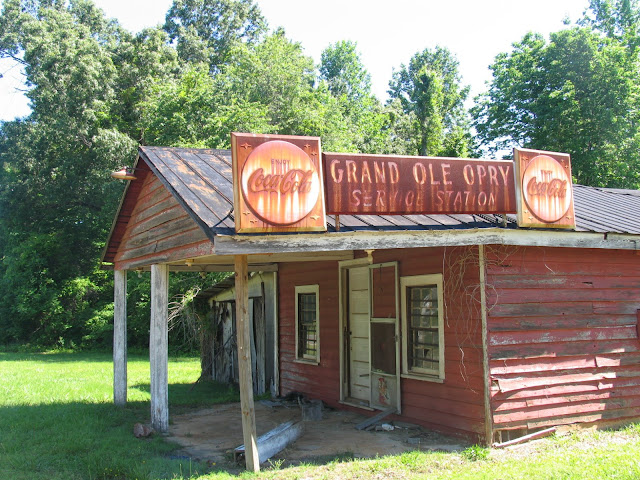 I did a quick jaunt on the very short VA 349 in Halifax. It is signed when you turn on it off of US 501 and pretty much has no real purpose.

It appears that in the past few years US 501 was slightly realigned in Volens at Secondary Route 603. The old alignment is now a Frontage Road (See below) and also is considered a 'Weight-Turn' out. 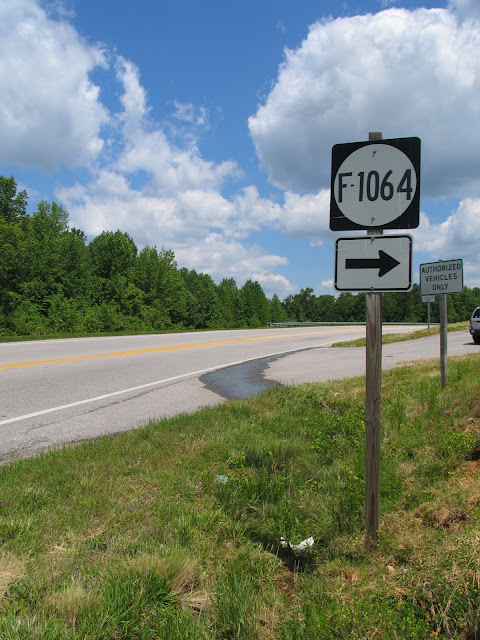 I stopped to take photos of the town of Brookneal. 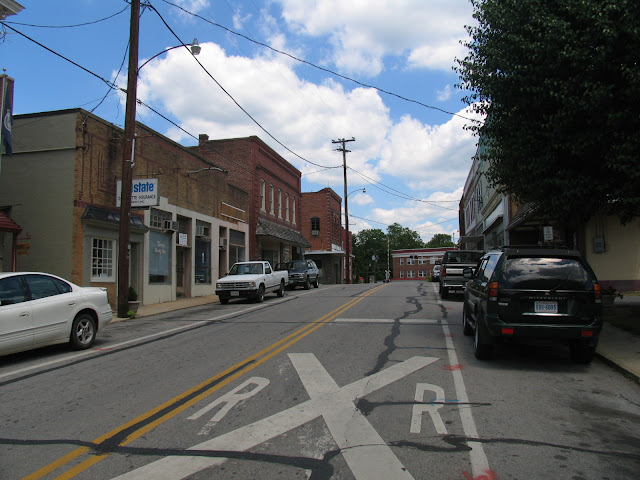 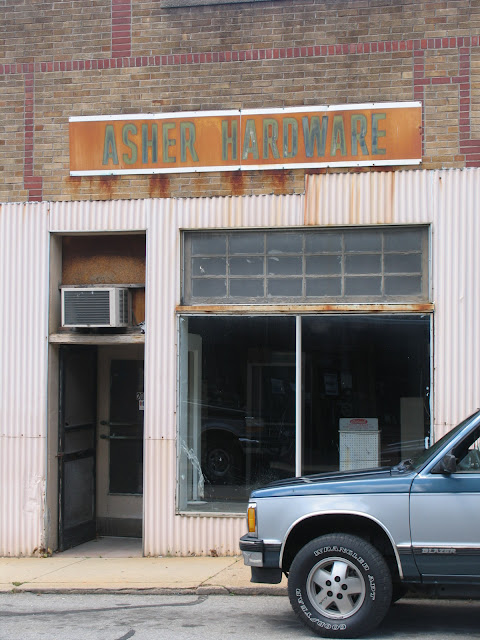 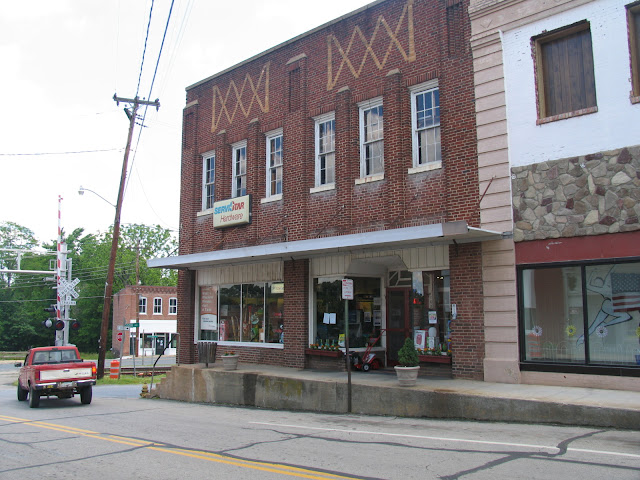 Followed US 501's crazy course through Lynchburg. Including the Lynchburg Expressway, which is to my knowledge - the only non Interstate with exit numbers in the commonwealth and the only remaining sequentially numbered exit system remaining in VA. 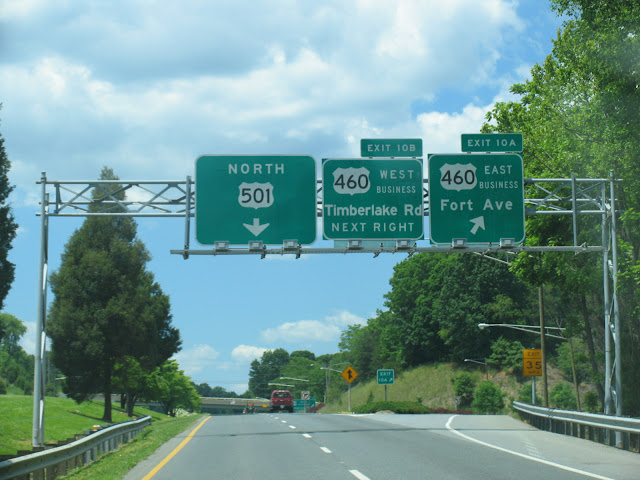 The Lynchburg Expressway has a small at grade section with a stoplight that separates the nicely landscaped freeway above and the two lane "super-two" freeway below. 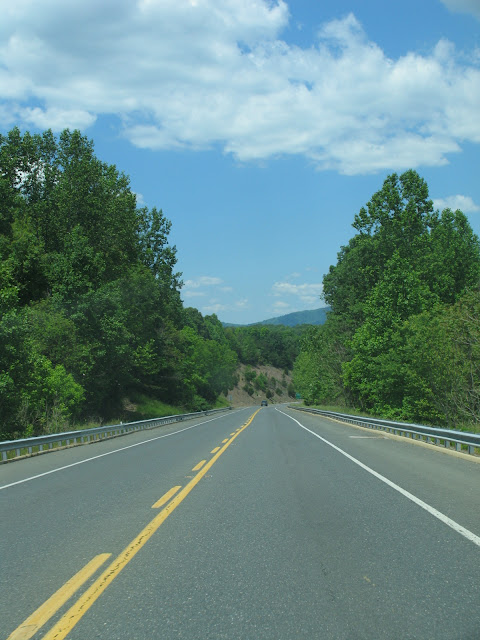 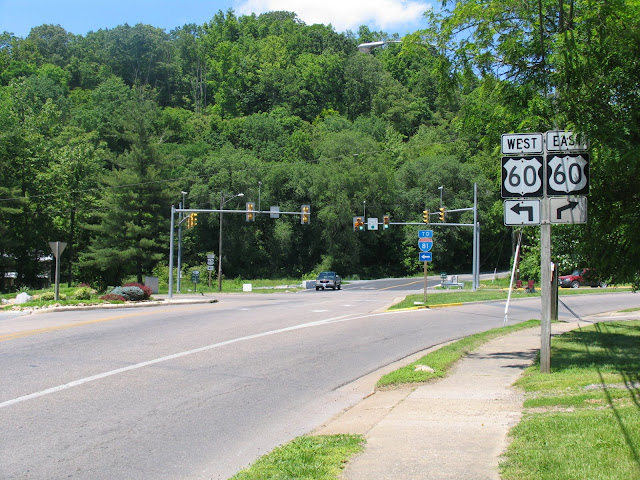 Along the I-81/US 11 South Multiplex. US 11 is noted in a guide sign cutout shield. This is located just after US 11 South joins the highway. I was unable to get a shot.

Headed through Radford which is a very nice town (Downtown Radford show below). It appears that Radford University is growing as a large Fine Arts Center was being constructed just beyond VA 177. 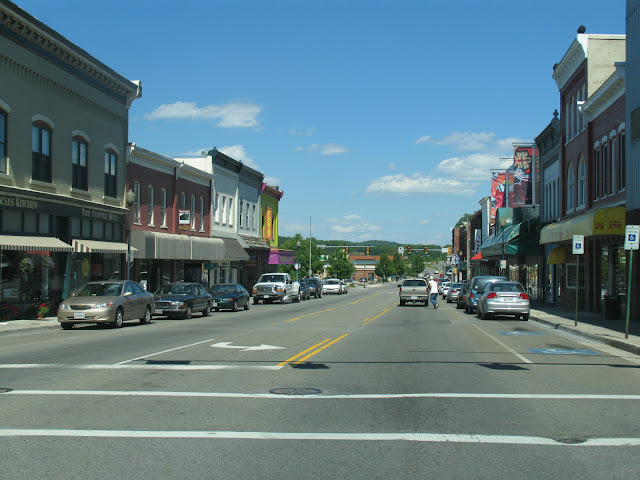 Just outside of Christiansburg, I found at least to me an unknown set of US 11 cutouts. 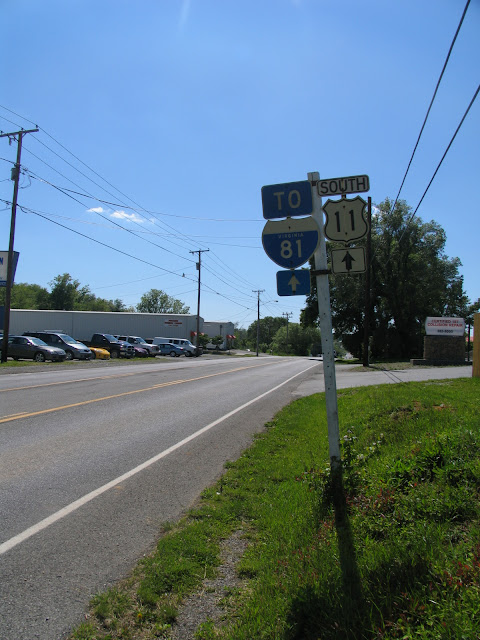 Of course, I also stopped at where US 11 meets VA 8 in Christiansburg where there are a lot of excellent cutouts along with older VA shields. 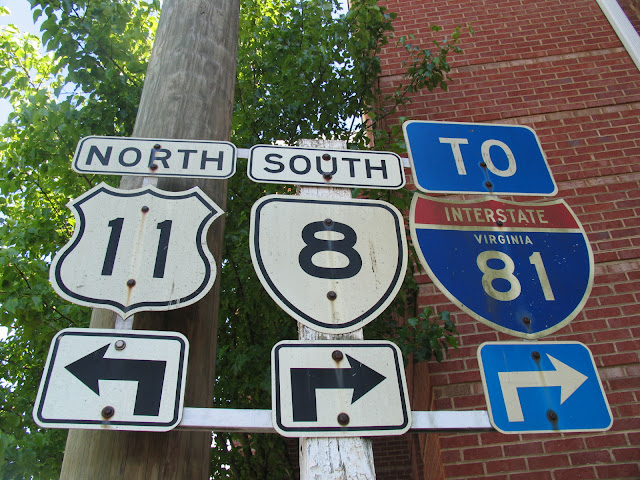 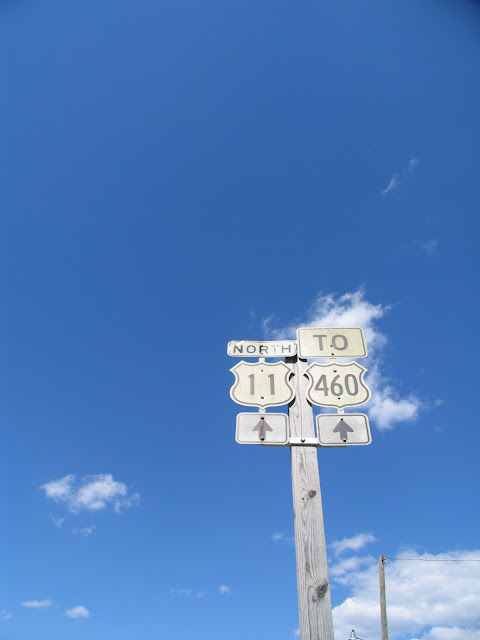 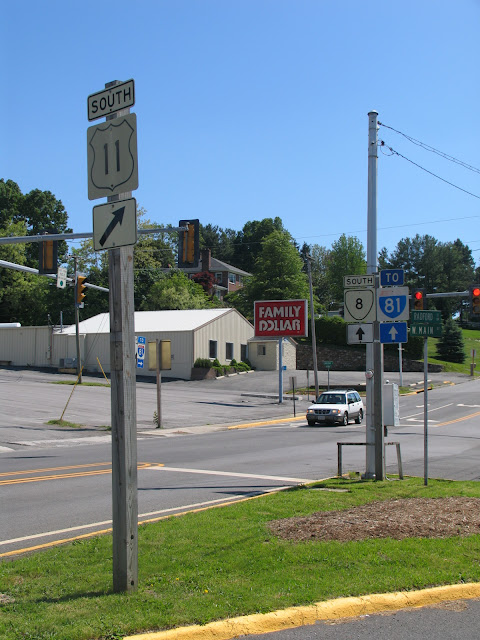 VA 8 is a great drive...and one of the highlights is the small town of Floyd. I stopped at Floyd for some photos and walked around. It's a charming small town with a general store, some home cookin' restaurants, and also the Floyd Country Store which is home of the Friday Night Jamboree and some great Bluegrass music. (Yes, it will be a Small Towns of Virginia feature later on and now is.) 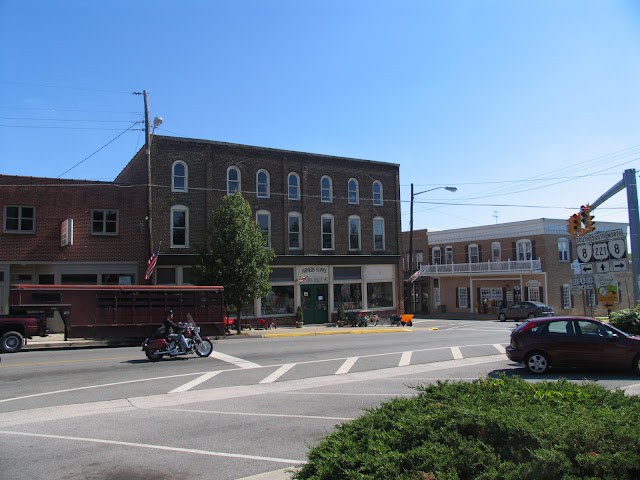 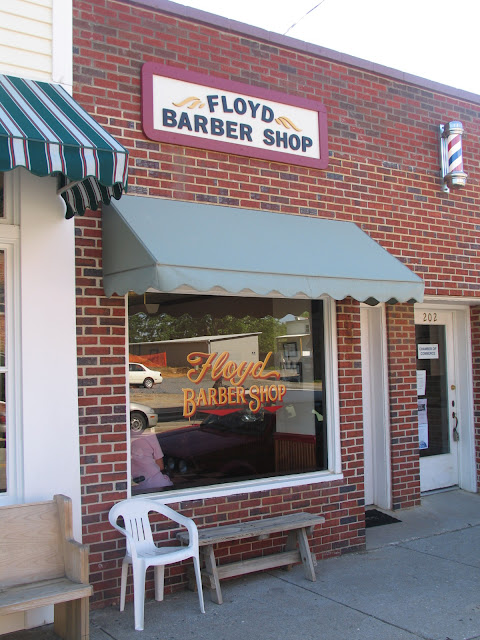 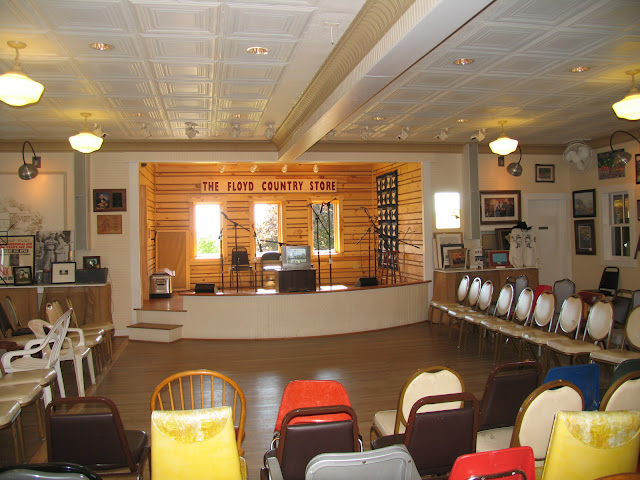 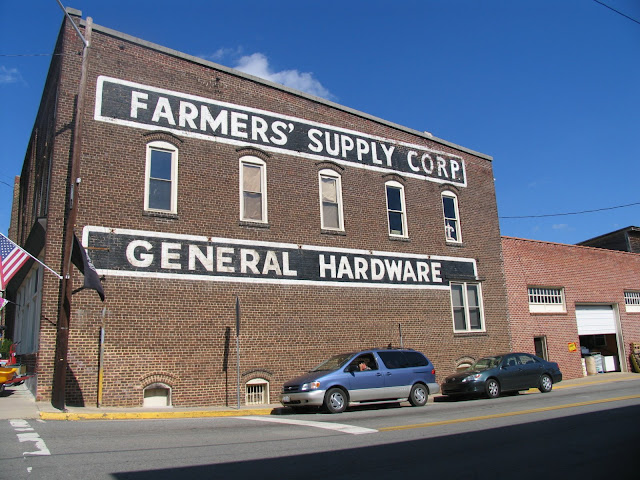 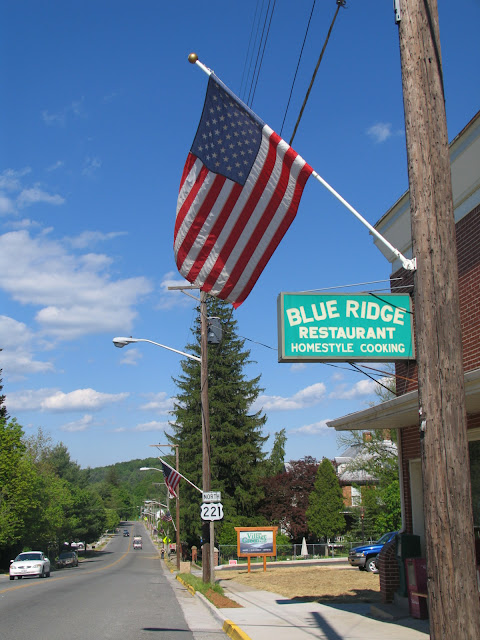 As you know, I am slowly putting together (still deciding on a format - website or blog?) a feature site for North Carolina Small Towns and Crossroads. I have the start of the project up on flickr. (the suggestion box is over there.) I took the photo below in Virginia for a similar project that is being started by Mike Roberson. So here's the one I did for Woolwine, VA. 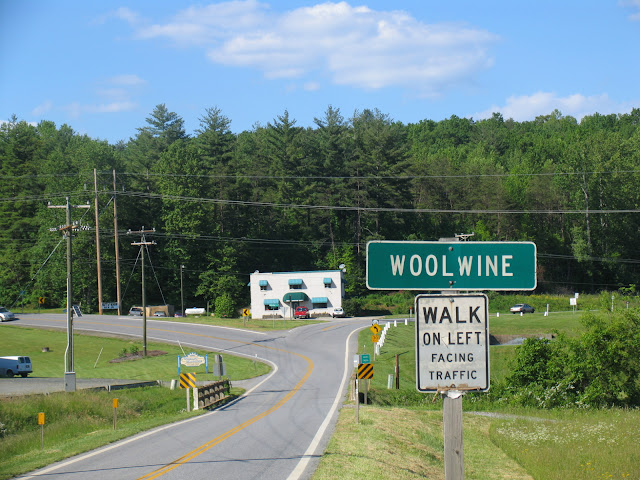 South of Woolwine in Buffalo Ridge was this very unique former general store/restaurant? 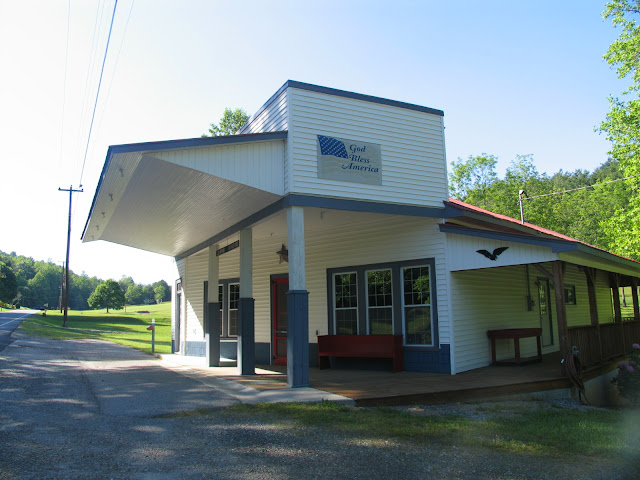 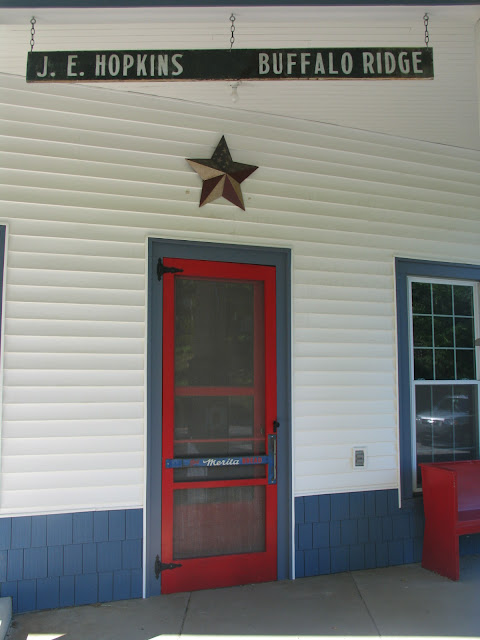 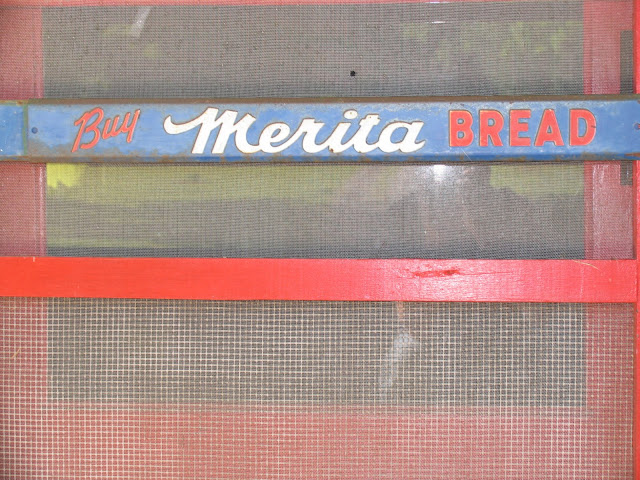 Finally, once back in North Carolina. I decided to follow an old alignment of NC 86 between the VA State Line and Yanceyville. There was at least one pleasant surprise. 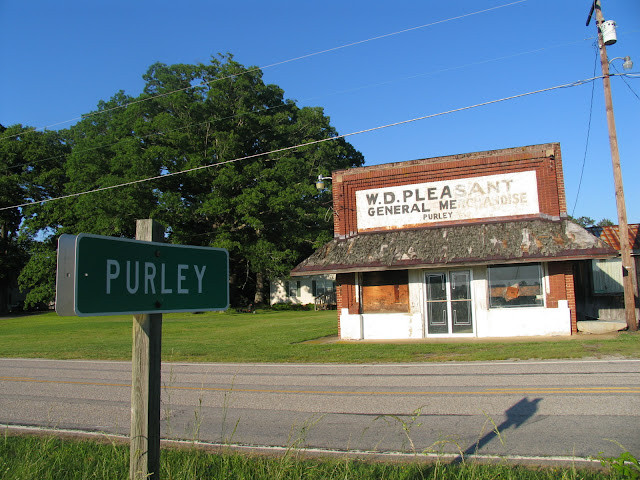 Also, I'll need to go back through Yanceyville as there is a great old courthouse (with a courthouse square traffic circle) along Main St. (former US 158/NC 86)

All in all a great trip with some great photos to be used in the future.

- A few of the western VA town bypasses also have exit numbers. US 19/460 Tazewell and US 23 Wise both come to mind.

- The Tidewater-area 3dis all remain sequentially-based exit numbers...except I-564 of course (which never has had any to begin with).

- As I'm sure you've noticed, "END signage" is by far the exception rather than the rule in Virginia. US 501 is no exception.

- Did you notice the alternate routing for US 501 in Buena Vista, and the relative lack of signage for it?

- I've been past that courthouse in Yanceyville. There's a statue in front that I've taken some snaps of.
11:36 AM

Anonymous said…
Froggie beat me to the comments about exit numbers -- although I'm not sure that the US 23 segment he mentioned is one of them. Also, US 460 around the Richlands/Claypool Hill area.

These sequential exit numbers reset. You can have a stretch of Exit 1-2-3 and then at the next freeway section, another set of Exit 1-2-3.

I have a photo of that cutout US 11 shield you mentioned.

I had a class with a lady who was from Floyd. She said it was a really great place to live. I may try to check it out on one of my side trips around the Raleigh meet.
8:24 PM

Adam said…
Thanks guys...I didn't realize all that!

Froggie - You mean Business 501 that kinda splits down a parallel street a mile or so prior to the north end?

Andrew said…
(1) There are quite a few abandoned stores along NC 96 between Oxford and Virgilina in addition to the Grand Ole Opry.

(2) Nice to see all these pictures of "home" (South Boston area) since I am currently 3/4 of the country away (Utah).

(3) I graduated from high school five years ago, and I'm pretty sure US 501 was realigned through Volens at that point... so we're looking at maybe 7, 8 years ago (my memory is horrible at placing dates)? Definitely made that stretch safer. And one interesting thing about that project: for some reason traffic was shifted onto the new alignment before it was paved, so 501 was a dirt (gravel) road at that point.

(4) VA 349 is probably designated because the jail is located on it. I think most correctional facilities in VA have a 3xx primary assigned to them, even if it's a dead end.
7:15 PM