By Adam May 19, 2008
The SmartFIX40 project in Knoxville is underway and is noteworthy because the project closes Interstate 40 through downtown Knoxville for approximately 14 months. The I-40 shutdown began not that long ago on May 1st and last through June 2009. TDOT is rebuilding from the ground up I-40 from James White Parkway (Exit 388) to Hall of Fame Drive (Exit 389).

TDOT says that the 14 month total closure will save two to three years in construction time vs. traditional piecemeal methods.

During the closure, this segment of I-40 will be widened to six through lanes and four auxiliary lanes. In addition to interstate improvements, work will include the construction of nine bridges, 14 retaining walls and three noise walls. Additionally, two existing bridges will be demolished, 12 side roads will be completed and seven new ramps will be constructed.

Through traffic on I-40 heading in both the eastbound and westbound direction will be detoured onto I-640 (the northern bypass arc of Knoxville.) Local traffic into downtown will still be able to use the stretch of I-40 through the construction zone.

Joe Babyak was out in Knoxville this weekend and took some photos and video of the SmartFix40 construction zone.

All photos are taken from the Magnolia Ave. area. 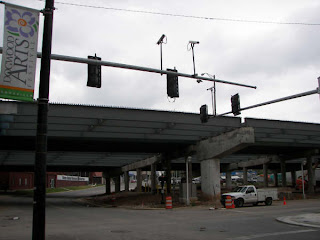 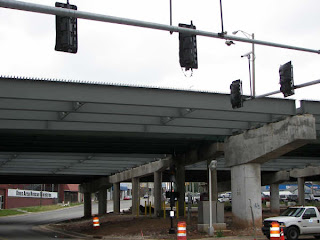 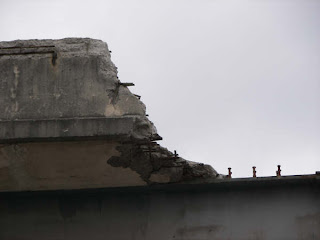 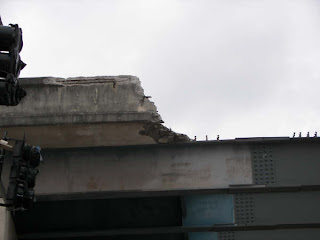 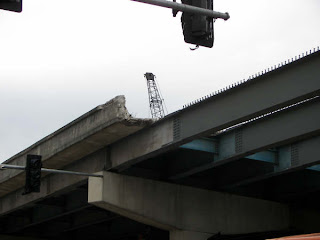 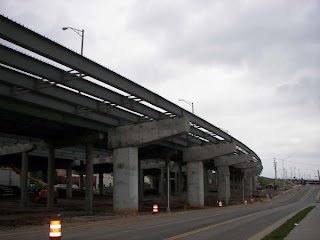 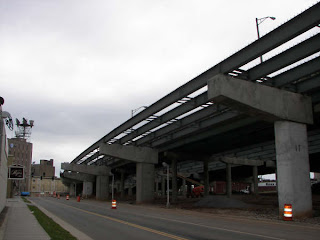 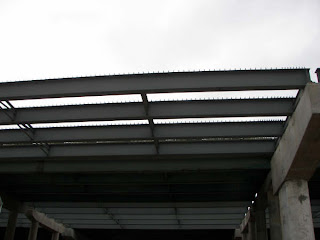 Billy said…
That's good footage! It looks like pretty much anywhere along Magnolia Avenue would be good for viewing the road work during the meet.

For those of you not in the know, I am planning a road meet in Knoxville centered around SmartFix40. It will likely take place some time around October since the work will have progressed much more by then. Also, for those who want to spend more time in the Greater Knoxville area, folks may choose to view the changing leaves in the mountains. I'll come up with a firm date a couple of months in advance, so if you're interested in viewing this massive project, we;d love to see you!
7:38 PM

Anonymous said…
looks like they are movong fast on this it will be nice after it is done.... nice job.. the youtube clip was awesome
12:51 PM