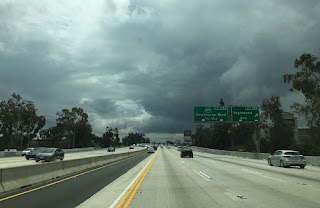 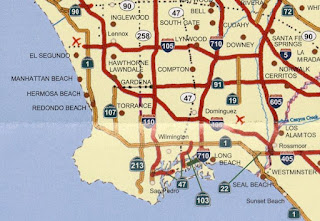 The history of California State Route 107
During 1933 the state removed the barriers which prevented the Division of Highways from maintaining mileage in incorporated cities.  Thusly, 1933 saw the addition of numerous new State Highways in urban areas.  One such route was Legislative Route Number 164 (LRN 164) created by 1933 Legislative Chapter 767 which would become the basis for California State Route 107 (CA 107).  The original definition of LRN 164 was as follows:
-  LRN 60 at Torrance via Hawthorne Avenue to Mines Field-San Fernando Road
LRN 164 first appears on the 1934 Division of Highways Map with a simplified definition of "LRN 60 at Torrance to LRN 158 via Hawthorne Avenue.  This definition of LRN 164 would be codified during 1935.  LRN 164 appears following Centinela Avenue and Hawthorne Avenue from the unbuilt segment of LRN 158 near Mines Field (Los Angeles Municipal Airport). 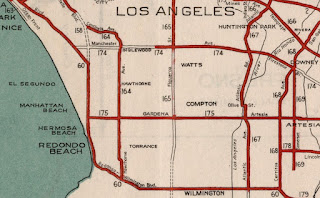 The initial run of Sign State Routes were announced in the August 1934 California Highways & Public Works.  CA 7 was announced as a highway originating at CA 3/LRN 60 in Torrance northward to the Nevada State Line which connected through the Reno Area to a second segment to the Oregon State Line.  CA 7 as originally defined followed the entirety of LRN 164 from CA 3/LRN 60 north to LRN 158. 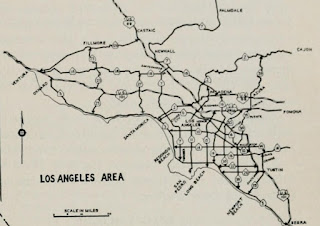 CA 7/LRN 164 appears in detail on the 1935 Division of Highways Map of Los Angeles County.  The entirety of CA 7 on LRN 164 is shown as complete but the connecting highway via the planned LRN 158/Sepulveda Boulevard extension is shown not to be yet constructed. 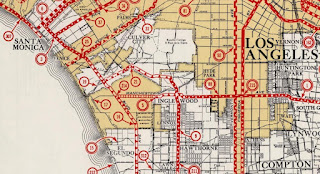 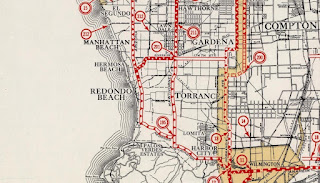 The November 1935 California Highways & Public Works features a sketch of the incomplete portion of LRN 158/Sepulveda Boulevard near the grounds of Los Angeles Municipal Airport. 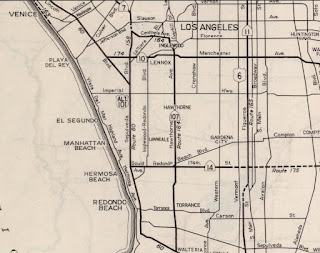 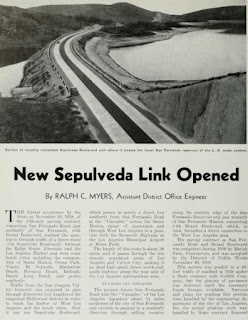 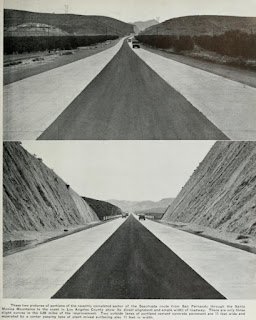 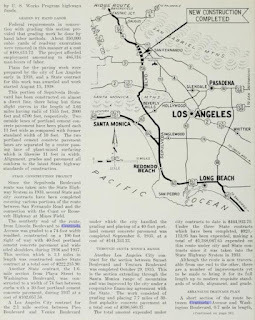 The January 1942 California Highways & Public Works announced that a construction bid to build CA 7/LRN 158 on Sepulveda Boulevard from Slauson Avenue south to CA 107/LRN 164 at Centinela Avenue as being awarded the previous December.

The 1942 Division of Highways Map displays the junction of CA 7/Sepulveda Boulevard and CA 107/Centinela Avenue as completed. 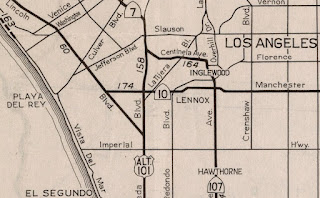 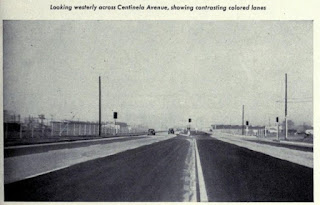 The entirety of CA 107/LRN 164 was added to the Freeways & Expressway System when it was created during 1959.  The corridor of CA 107 would in time become host to the failed Torrance Freeway concept.
During the 1964 State Highway Renumbering the Legislative Route Numbers were dropped in favor of field signage.  Thusly CA 107 was retained through the 1964 State Highway Renumbering intact to how it was aligned on LRN 164.  The newly legislatively designated CA 107 first appears on the 1964 Division of Highways Map.  CA 107 was defined as "Route 1 near Torrance to Route 405 near Culver City." 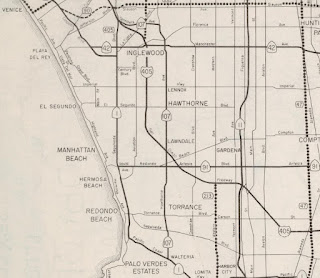 Los Angeles County Route N7 was defined in 1964 from the terminus of CA 107 in Torrance on Hawthorne Avenue south to Point Vicente.  It is unclear if Los Angeles County Route N7 is a coincidental numbering or is intended to reference CA 7 or CA 107.
A 1964 Survey Map in the March/April 1965 California Highways & Public Works displays CA 107 south of Interstate 405 to CA 11 as being under study for freeway development.  The volume later referred to the studied corridor of CA 107 as the Hawthorne Freeway. 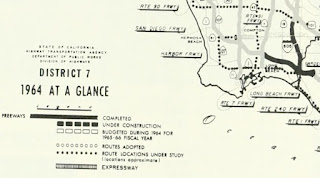 CA 107 was truncated via 1965 Legislative Chapter 1372 to a north terminus at Interstate 405 near Lawndale.  Despite the legislative definition being updated on the 1966 Division of Highways map CA 107 appears still signed northward to Centinela Avenue. 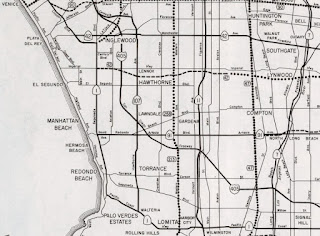 CA 107 appears truncated to Lawndale on the 1967 Division of Highway Map. 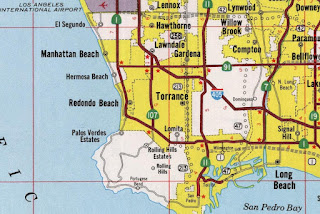 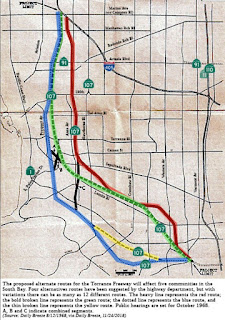 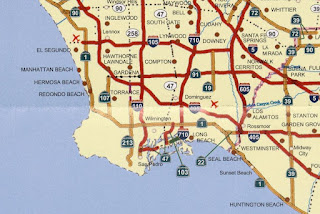 Anonymous said…
So if the road was relinquished in Torrance wouldn't that mean the whole highway would be relinquished?
12:15 PM

Challenger Tom said…
Correct, if Torrance worked out a relinquishment agreement than CA 107 is effectively dead aside from stray signs and the Legislative Definition. I’m to understand that this is actually about to happen in the near future according to cahighways.org who had a look at the latest CTC minutes.
2:39 PM