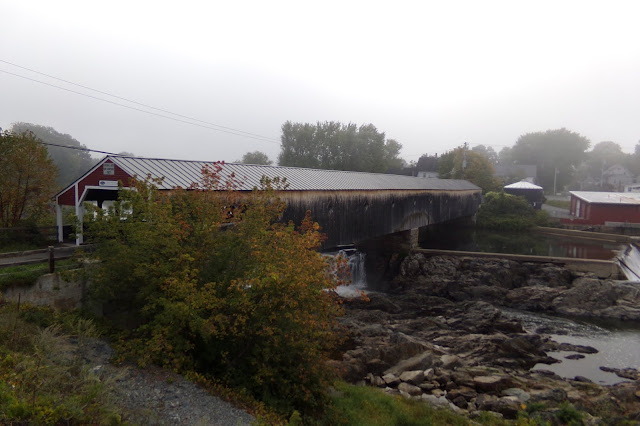 The Bath-Haverhill Covered Bridge (also known as the Haverhill-Bath Covered Bridge) over the Ammonoosuc River in Woodsville, New Hampshire is one of the Granite State's oldest existing covered bridges. Built using a Town lattice truss design, the covered bridge is 256 feet long and has two spans of 105 feet and 121 feet in length, along with a pedestrian walkway on the upstream side of the bridge. It is located parallel to a modern crossing of the river located on NH 135.

In March of 1827, the voters of Bath, New Hampshire appointed a committee to hold discussions with the selectmen of the neighboring town of Haverhill, New Hampshire regarding the site of a bridge between the two towns. Then, in September of 1828, the town of Bath had set aside $300 to purchase stone and timber for a covered bridge to be built between the two towns over the Ammonoosuc River. In March 1829, Ariel Miner was given the position of superintendent, but upon his request in June of that year he was released from this position and replaced by Moses Abbott and Leonard Walker. The covered bridge was completed later in the year at a cost of $2,400 between the two towns and opened to the traffic of the day, namely pedestrians and horses or oxen carrying carts and carriages.

The Bath-Haverhill Covered Bridge has survived many mishaps over the years to become one of the oldest covered bridges in New Hampshire and the United States of America. In 1927, a large tree trunk pierced the side lattice of the bridge and during that same flood, a barn floating down the river jammed against the side of the bridge. As luck would have it, the bridge withstood the damage. But decades of wear and tear took its toll on the bridge. In 1973, the bridge was repaired at a cost of $38,710. Then, ice damaged the structure in the winter of 1980 and the bridge was repaired by the state in March of 1981 at a cost of $8,000. The covered bridge was the subject of unthinkable mischievousness, as someone unsuccessfully attempted an act of arson to burn the bridge on the night of September 11, 1983. As a result, the citizens of Bath and Haverhill mounted a fund drive to repair the bridge. The bridge was bypassed for vehicle traffic in 1999 but is open to pedestrians. Before being bypassed the bridge carried traffic for a period of 170 years, which is a lot for a little covered bridge. The bridge itself is across the street in a little cul-de-sac, and was rehabilitated in 2008, now serving just foot traffic. The bridge was bypassed for vehicle traffic in 1999 but is open to pedestrians. The Bath-Haverhill Covered Bridge is listed on the National Register of Historic Places as well, owing to its historic nature. I've managed to visited the Bath-Haverhill Covered Bridge on a few occasions over the years, enjoying the nearby scenery and the quiet, still nature of this wonderful treasure. 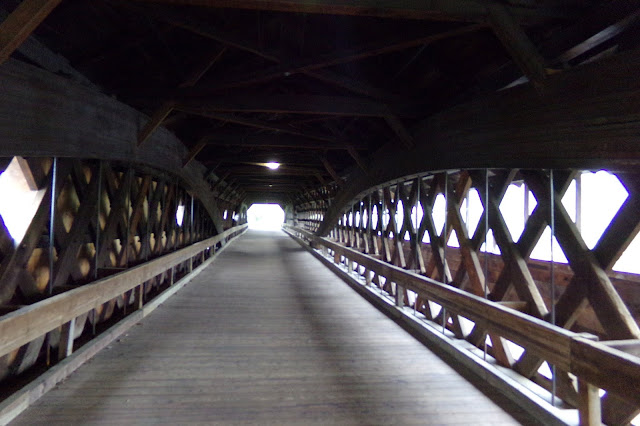 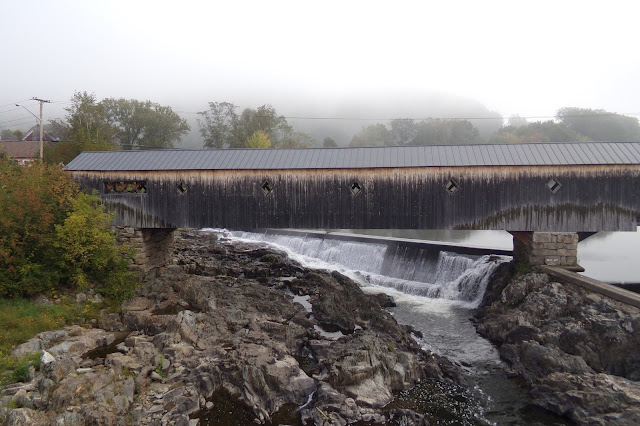 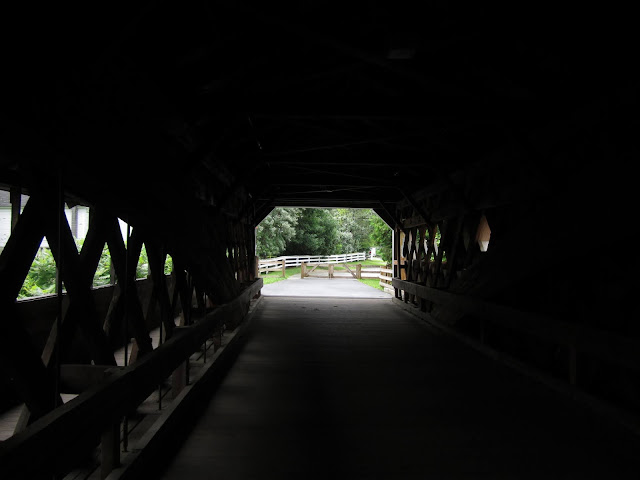 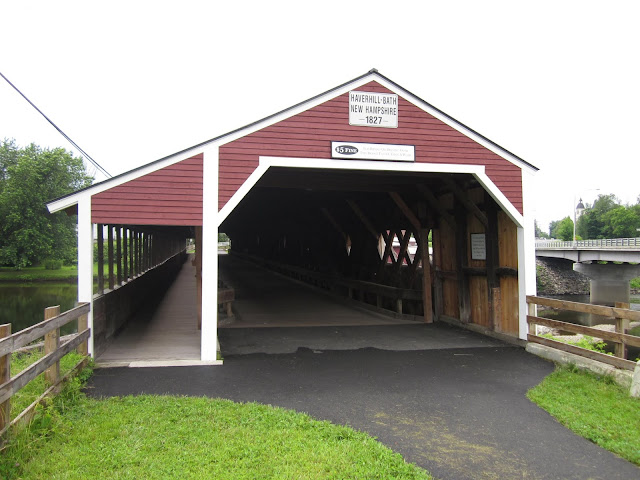 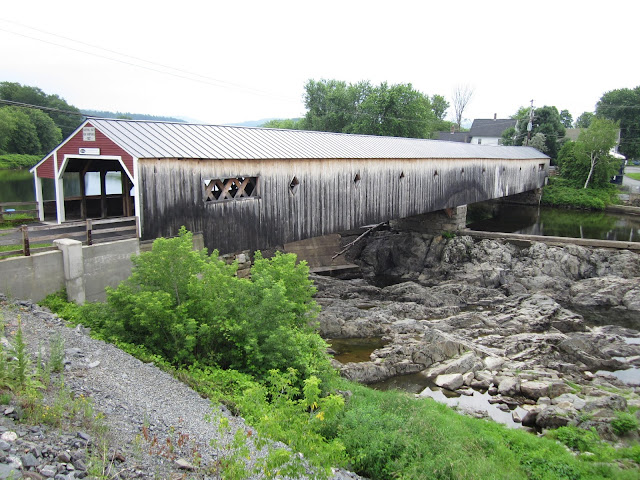 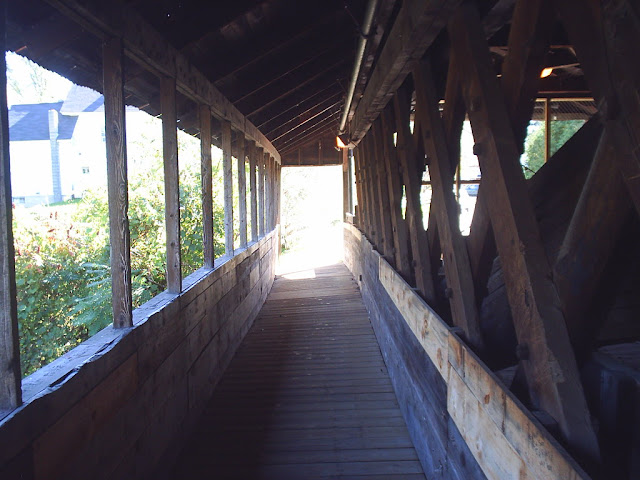 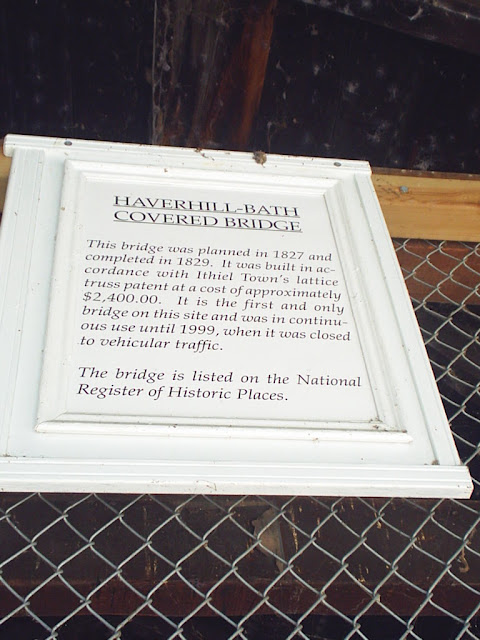 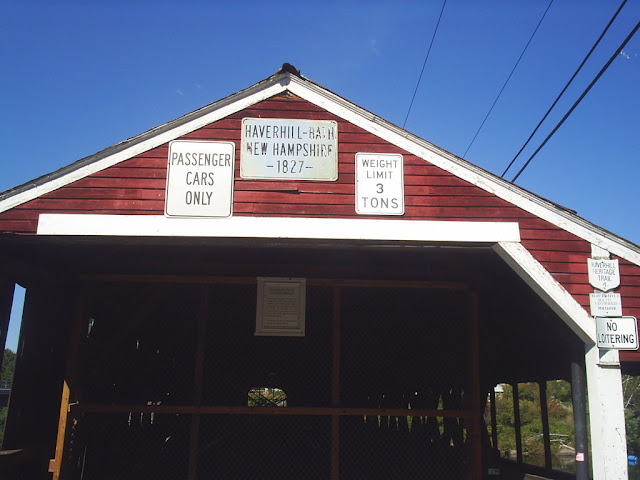 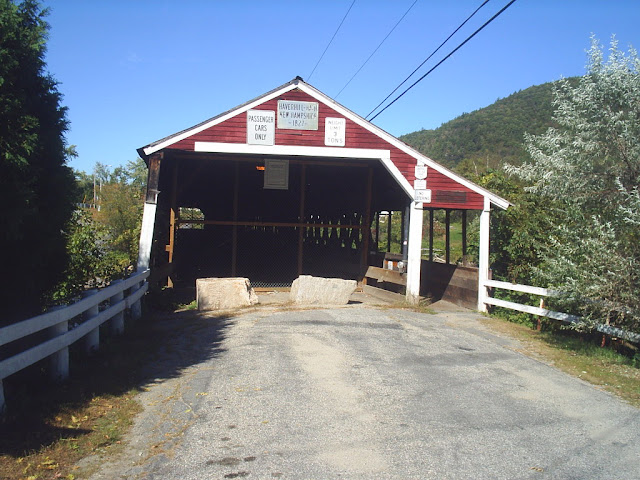