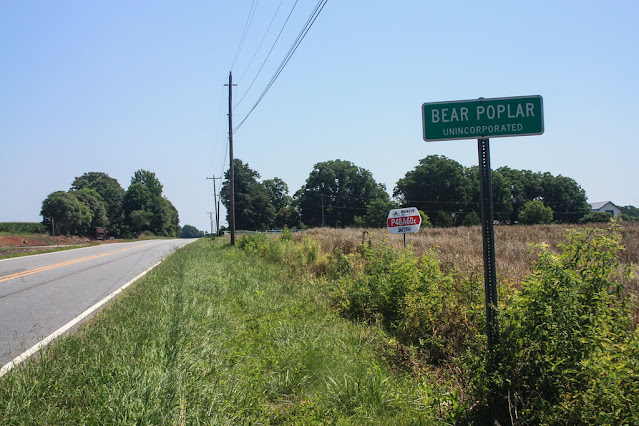 Bear Poplar was one of the more interesting community names.  Just down the road from here was a nice surprise.  The Mount Ulla community barn quilt is posted on the side of a local feed and garden shop caught my eye and I learned that it is currently the largest - at 500 square feet - community barn quilt in the United States. 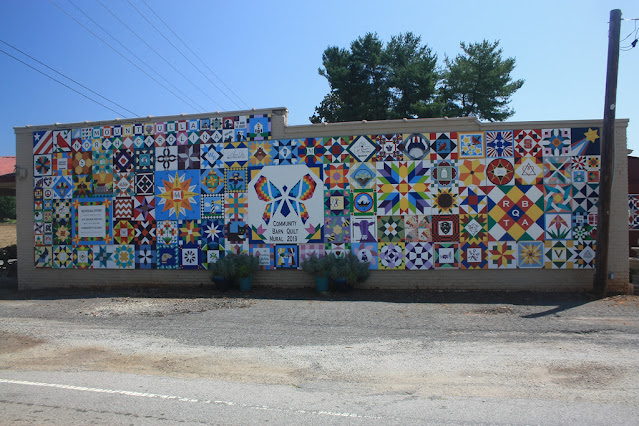 Further North on NC 801, I crossed US 70 and took the old US 70 alignment to check out the towns of Barber and Cleveland.  Barber is nothing more than a rail junction that is still active to this day as you can tell from the Norfolk Southern train that was going by when I got there. 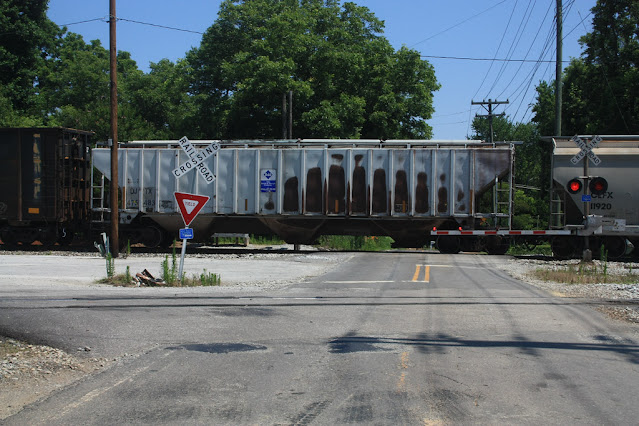 The temporary stop allowed me to check out the junction and a train that was stationed there. 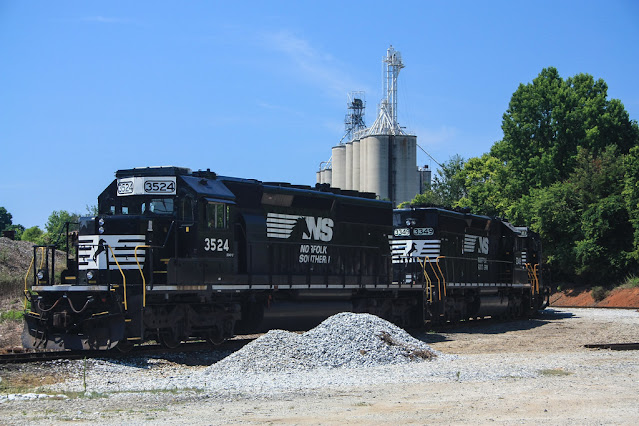 I continued North on NC 801 to the Town of Cooleemee where the remains of a former textile mill caught my eye.  The town once had a small downtown but it was torn down when the ownership of the mill changed hands in the early 1960s.  A mural has a glimpse of what the old Cooleemee Town Square looked like. 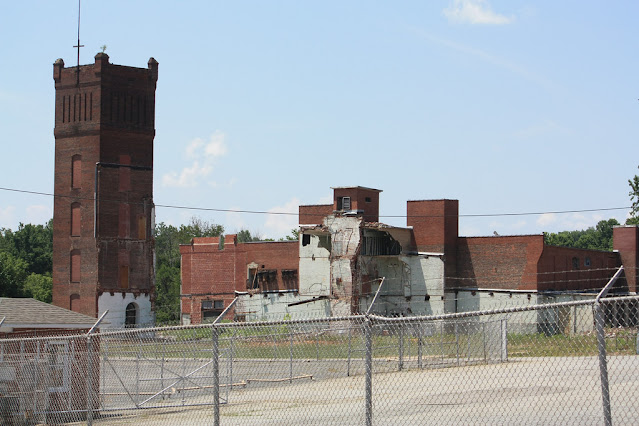 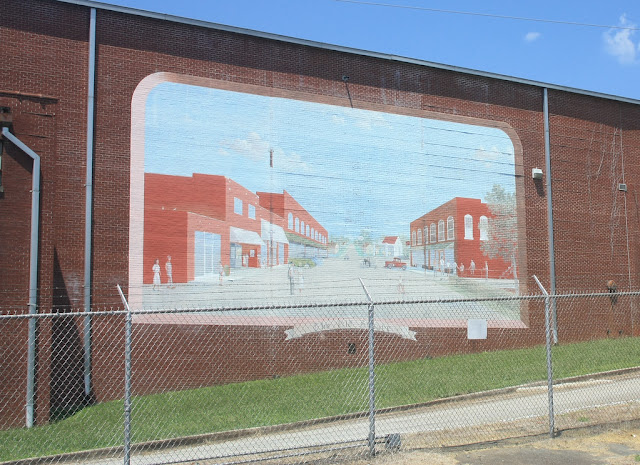 Further North along NC 801 - the community of Farmington is a small crossroads that packed a number of unique road items and history. 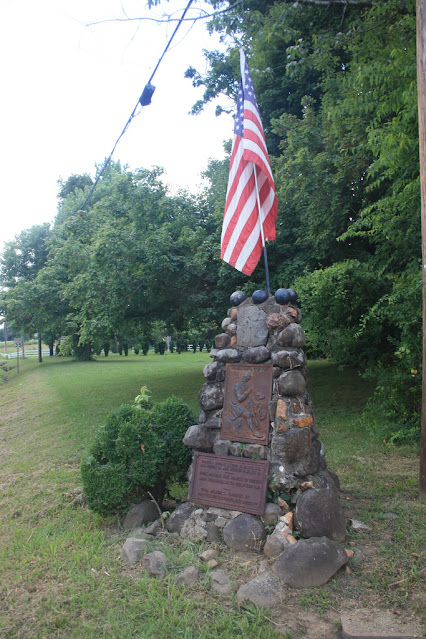 The Boone Trail Highway marker was a pleasant surprise.  Most of these monuments / trail markers are found within small cities and towns in North Carolina.  Finding this one at a rural crossroads was quite a surprise. 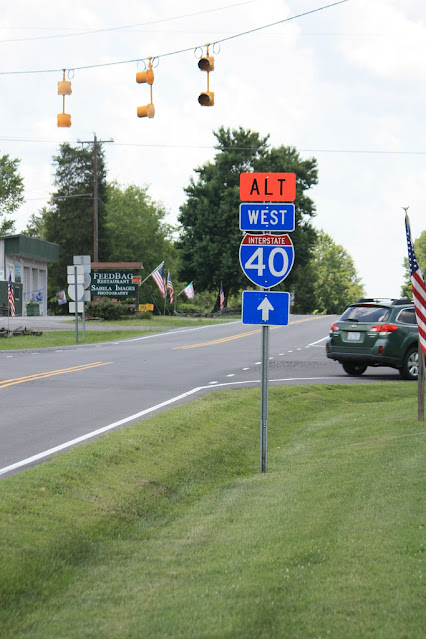 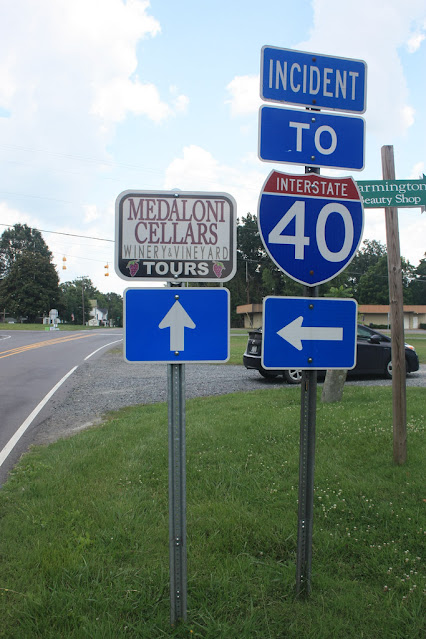 There are also an interesting set of signs for Interstate 40 at this crossroads.  An orange 'Alternate' and an 'Incident' banner directs traffic to/from I-40.  These signs are in place due to construction projects on I-40 nearby and are used to help detour traffic off the Interstate and back onto it at another interchange. 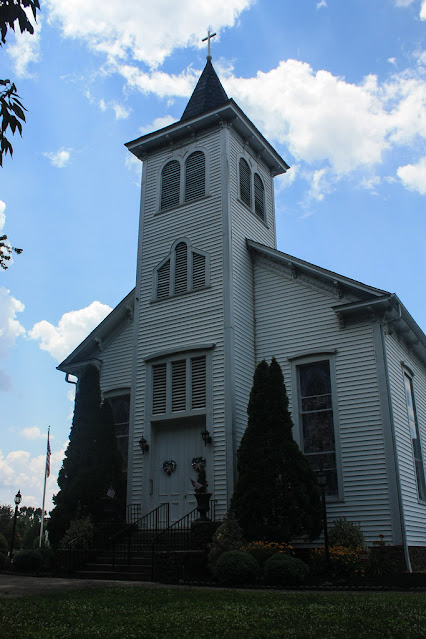 Farmington is a historic community as it was settled by other North Carolinians that left Currituck County in the 1830s after a series of devastating hurricanes.  For a while, the community was known as Little Currituck but the name was changed to Farmington when a post office was established. 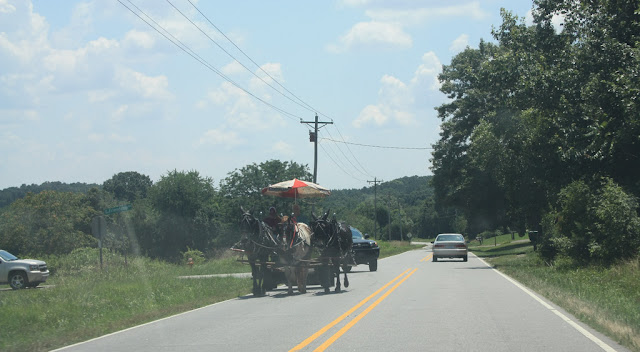 Keeping up with the Gribblenation tradition of finding something absurd on roadtrips.  I encountered this three horse led buggy on NC 115. 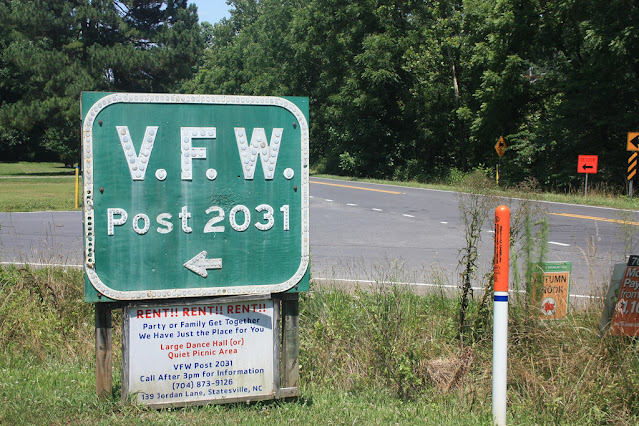 Just south of Statesville on US 21/NC 115 is this homemade button copy sign for a local VFW.   Chris Curley tells me there is another one located at the other end of the local road as well.
My final stops were at the Town of Troutman and Mooresville.  Troutman is a smaller town that is located on the northern fringes of Lake Norman.  It has a small downtown that sits at what is pretty much a fork on the old highway. 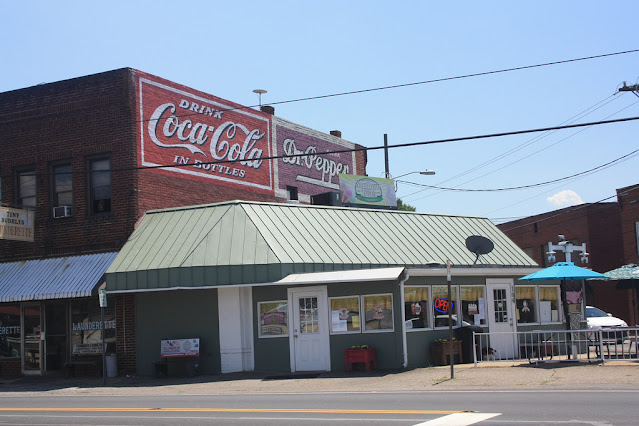 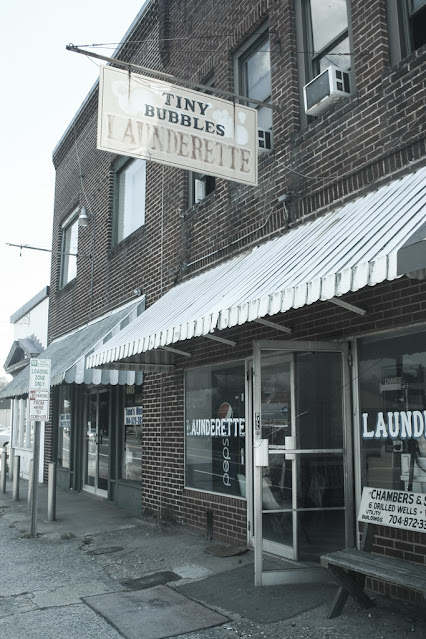 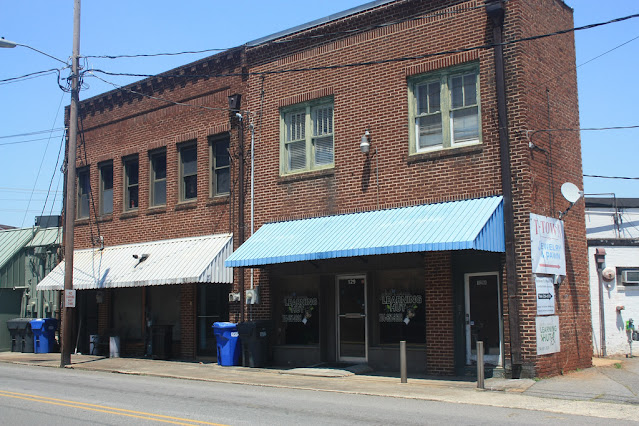 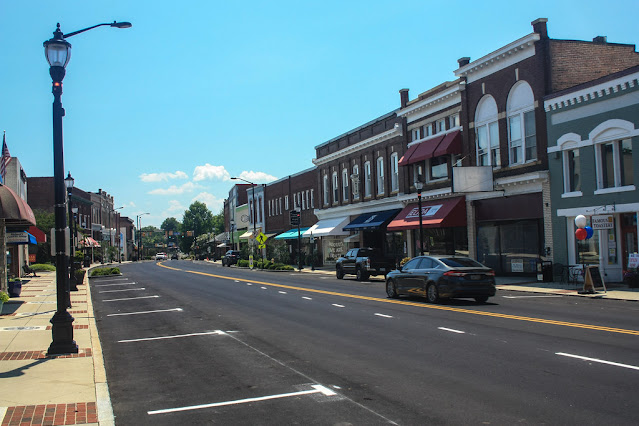 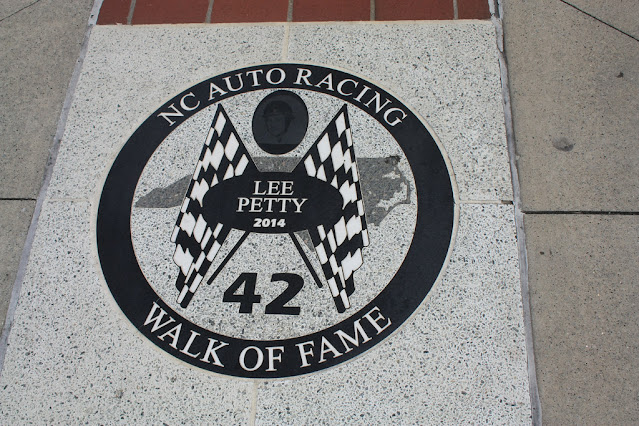 But what caught my eye the most in Mooresville was the numerous ghost sign painted billboards in town that are either fading or have been restored.  Below is just a sample of them. 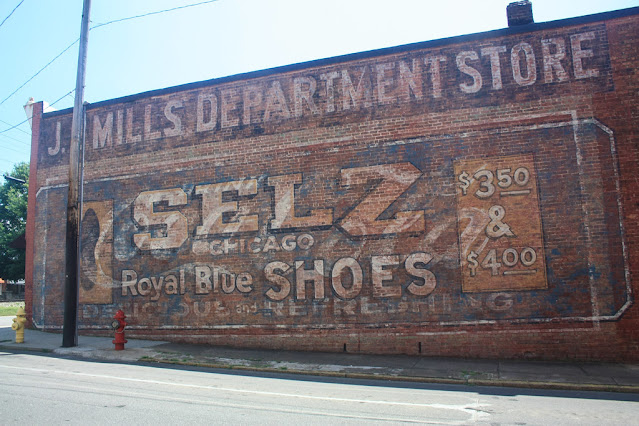 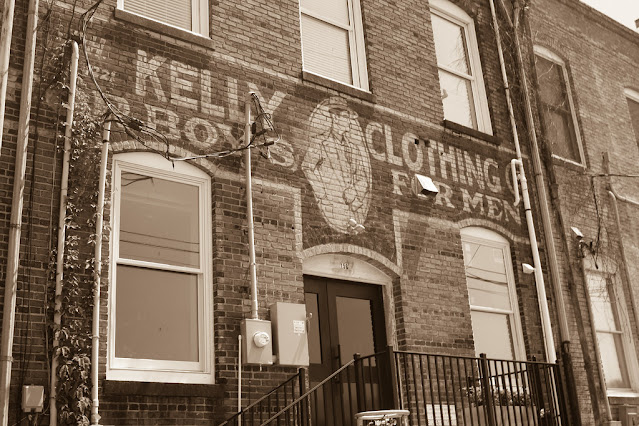 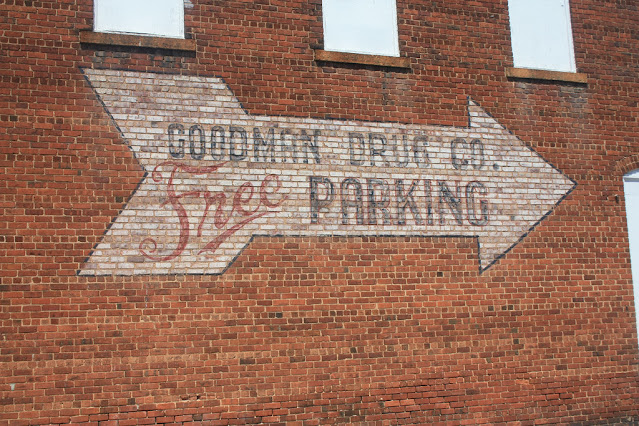 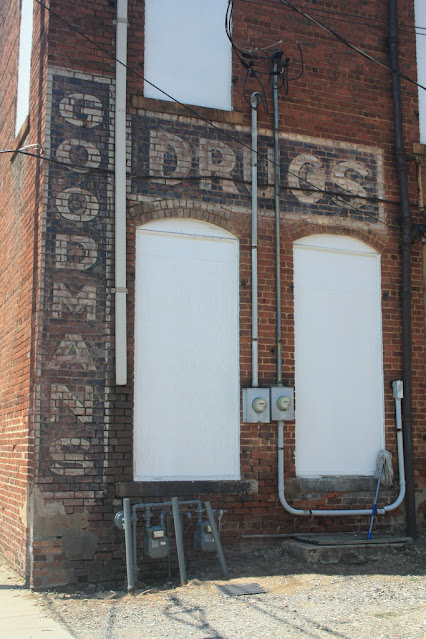 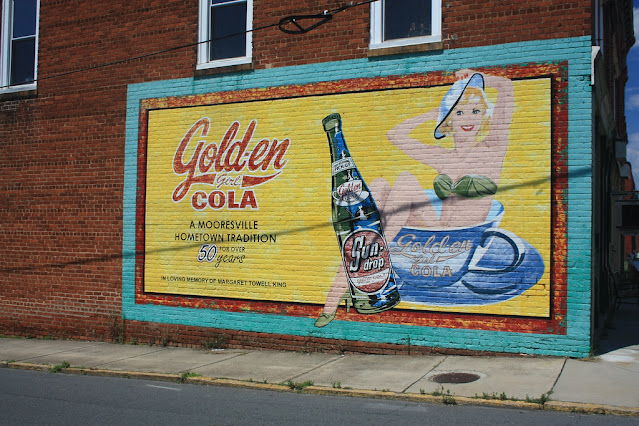 Overall this was a great trip.  I ended up clinching NC 801 and 901 in the process.  But to me this trip was a great example of how you can roadgeek, discover new things, and enjoy a good old fashioned roadtrip without traveling very far at all.