By Challenger Tom July 09, 2020
In this California Highway article we examine the history of California State Route 222 between Ukiah and Talmage in Mendocino County. 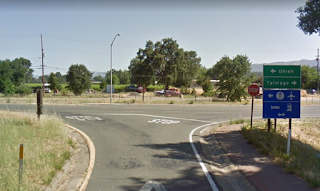 California State Route 222 ("CA 222") is a two mile State Highway which connects from US Route 101/Redwood Highway in Ukiah east via Talmage Road to the community of Talmage.  CA 222 notably isn't signed with reassurance shields but does include Post Mile paddles.  CA 222 has a surprisingly long history which is rooted in serving Mendocino State Hospital. 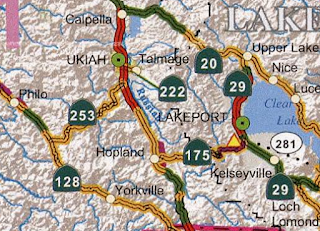 The origin of CA 222 traces back to 1925 when Legislative Route Number 70 ("LRN 70") between Ukiah and Mendocino State Hospital was adopted into the State Highway System.  The original definition of LRN 70 was; "LRN 1 (future US 101) near Ukiah to the west line grounds of Mendocino State Hospital."  LRN 70 according to CAhighways.org was stated to have originated from LRN 1 2,446 feet south of the Ukiah Town Limit in it's original definition along Talmage Road.  LRN 70 can be first be seen on the 1926 Division of Highways State Map. 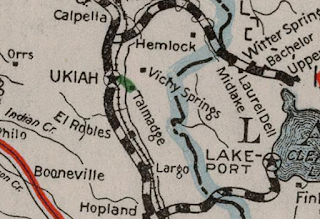 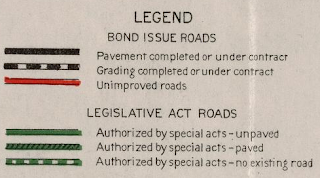 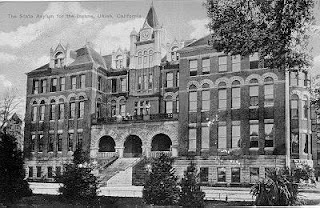 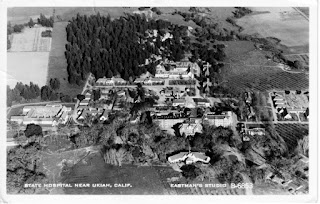 Below is a 1935 Postcard of the Main Building of Mendocino State Hospital. 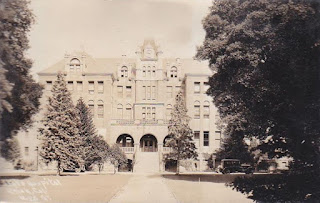 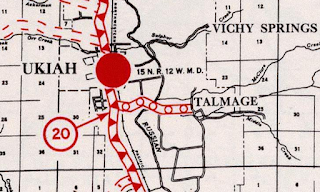 During the 1964 State Highway Renumbering LRN 70 was reassigned as CA 222.  CA 222 initially retained the same alignment and definition of LRN 70.  CA 222 can be seen for the first time on the 1964 Division of Highways State Map. 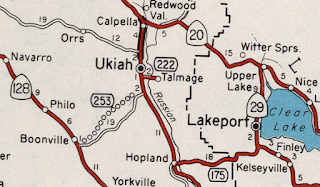 CA 222 was shortened to it's current length when US 101/Redwood Highway was moved to a bypass of Ukaih.  The November/December 1964 California Highway & Public Works Guide ("CHWP") cites that 10.6 miles of freeway bypass realignment of US 101 in Ukiah was completed with it anticipated to be opened to traffic during Fall of 1965.

The US 101/Redwood Highway bypass is described as complete in the November/December 1965 CHPW. 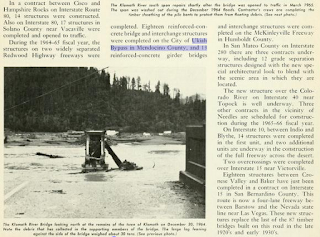 During 1981 the definition of CA 222 was changed to; "Route 101 near Ukiah easterly to East Side Road in Talmadge."  "Talmadge" is sometimes used as an alternative spelling for the community of Talmage.  The route definition of CA 222 was changed to end in "Talmage" during 1990.  Despite no longer accessing a State facility there has never been a documented push to relinquish CA 222.  Likely CA 222 remains an active State Highway due to the bridge over the Russian River in addition to a somewhat large traffic count which approaches 10,000 vehicles a day. 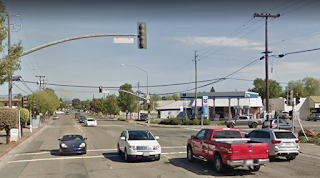 Before US 101/Redwood Highway moved to it's bypass route it began on Talmage Road immediately east of State Street. 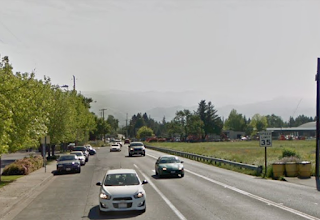 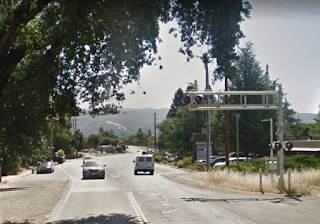 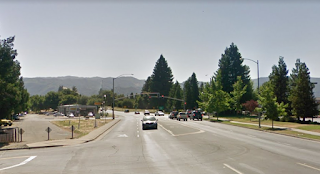 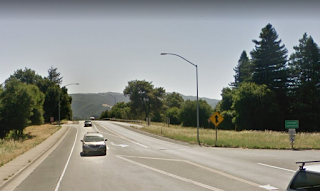 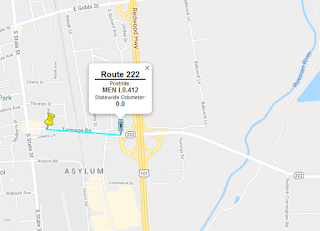 CA 222/Talmage Road eastbound crosses over US 101.  From the freeway overpass former Talmage Road/LRN 70 in form of Caldwell Frontage Road can be seen on the left. 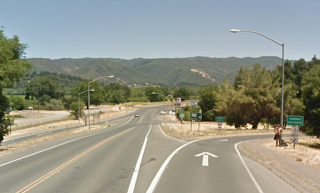 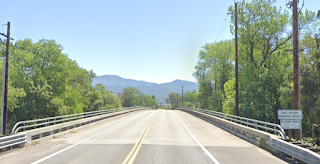 CA 222 can be seen on the Bridge Identification Post Mile at the Ron Ledford Memorial Bridge.  The previous designation of as the "Russian River Bridge" can be seen painted on the structure itself.   The current bridge name was enacted by the State Legislature during September of 2012 to honor Ron Ledford a deceased Ukiah Valley resident. 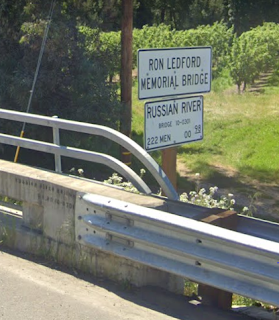 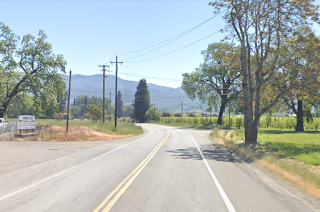 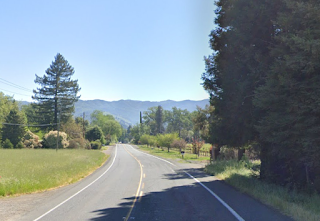 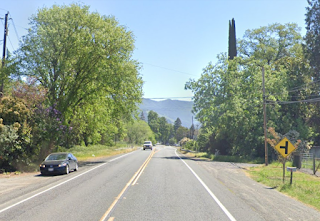 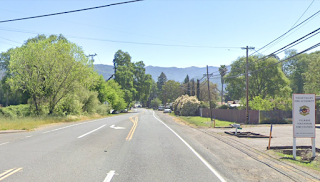 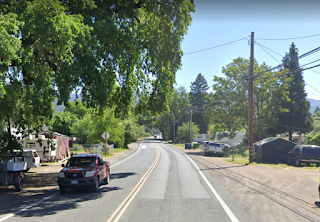 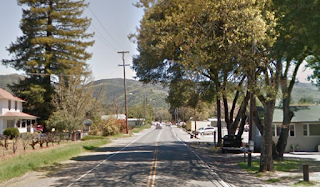 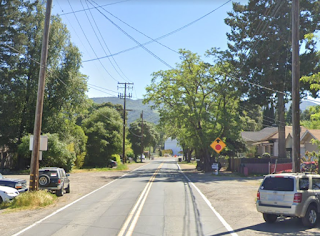 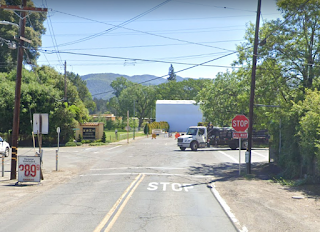 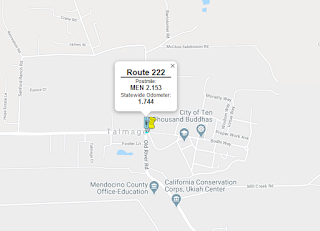 East of Old River Road the route ahead continues as Bodhi Way into the former grounds of Mendocino State Hospital.  The large gate on Bodhi Way services as the entrance way to the City of Ten Thousands Buddhas. 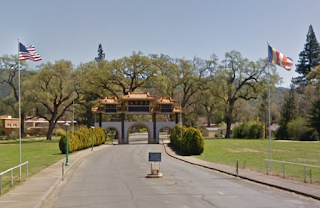