US 20 through Oregon's High Desert 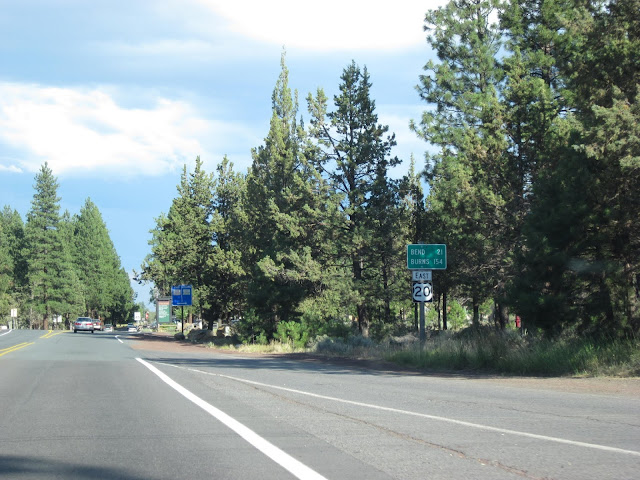 US Highway 20 in Oregon is a series of different landscapes. From the picturesque city of Newport on the Oregon Coast to the historic and beautiful Willamette Valley, through the Cascades and across the High Desert of eastern Oregon, US 20 offers a bit of everything as it crisscrosses the Beaver State. While US 20 is the longest numbered highway in the United States at 3365 miles, a mere 454 miles of highway connects Newport on the coast with Nyssa on the Snake River before US 20 crosses into Idaho and eventually out to Kenmore Square in Boston, Massachusetts. We hope to showcase a bit of a sampler of what US 20 has to offer around Oregon.The first segment as we explore this historic transcontinental highway takes us around central and eastern Oregon.

US 20 (and US 26) enter Oregon as it crosses the Snake River from Idaho into the towns of Nyssa, and later, Vale. where US 26 peels off towards the northwest. This area is in a valley known for the agricultural production of sugar beets, onions and potatoes. In fact, Japanese-Americans were brought into Nyssa to work in the sugar beet fields during World War II, as an alternative to being sent to internment camps. The Oregon Trail also traversed in the area around Nyssa and Vale. From there, US 20 runs westward through the barren, volcanic hills through places like Stinkingwater Pass with its wild horses and through Juntura, known for its hot springs. About 100 miles west of Vale, you'll arrive in Burns, a town named for famed Scottish poet Robert Burns and is the county seat of the ninth largest county in the United States, Harney County. Burns is considered to be the gateway to Steens Mountain, a 30 mile long mountain formed by a fault block, and is worth the detour to visit for recreational enthusiasts and geological historians alike. 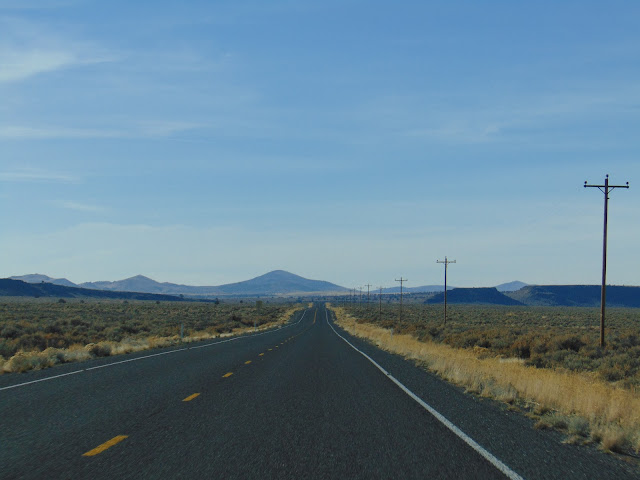 Heading west from Burns, it's well over 100 miles to Bend, but you get treated with plenty of wide open, High Desert scenery along the way. The lands here are in the Harney Basin, among the northwestern-most stretches of the Great Basin. It's a land that had seen its fair share of skirmishes and battles as well. On June 23, 1878, there was battle between soldiers and the Paiute and Bannock tribes, now led by Paiute Chief Egan, occurred at Silver Creek, near the modern day town of Riley, 24 miles west of Burns on US 20. Then between the years of 1896 and 1906, Central Oregon was the site of armed conflict between sheepherders and cattlemen that eventually led to the killing of more than 10,000 sheep and a number of people. These range wars included the burning of numerous ranches, sheep sheds, haystacks, the killing of cattle, and the largest slaughter of sheep that took place in the American West. Near Hines, you will find the BLM Wild Horse Corrals, which is a facility used as a collection point for federal Bureau of Land Management's wild horse program in Oregon. 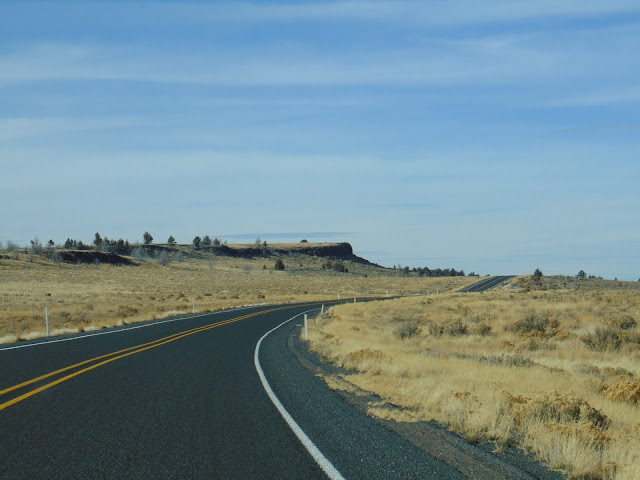 Continuing west, you'll pass by the Glass Buttes. About 70 miles east of Bend, as US 20 dips southeast into Lake County, the buttes are considered an ideal spot to legally find obsidian lying on the ground. But a warning to the curious. The road off US 20 to the Glass Buttes is unimproved and very rocky, and it can be difficult for some vehicles. 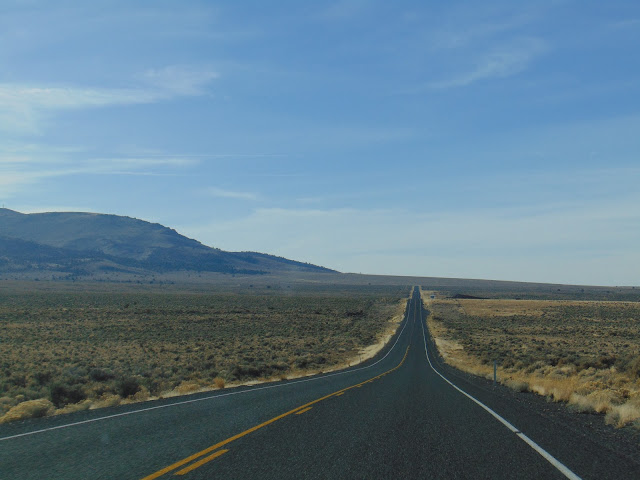 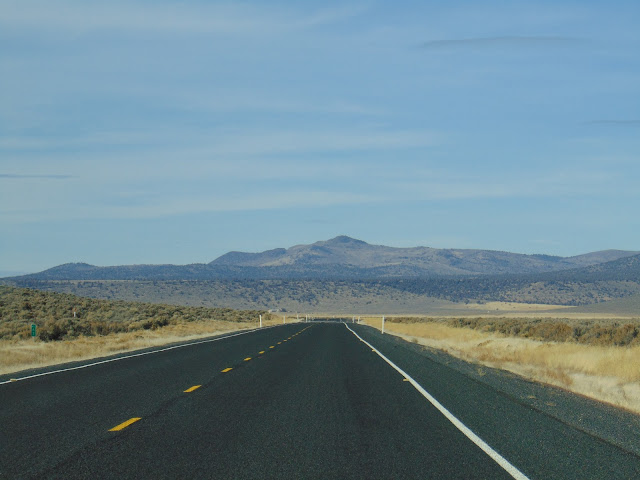 As we head into the eastern stretches of Deschutes County, the wide open spaces remain in full view. However, we do come across an occasional settlement, namely places like Hampton, Brothers and Millican, all of which have seen better days. From here, we also start to catch our first glimpses of the Cascades, far in the distance. For folks who prefer to see other things than tumbleweeds and tiny towns, the Pine Mountain Observatory is worth a view at night, just east of Millican, then 8 miles south of US 20. 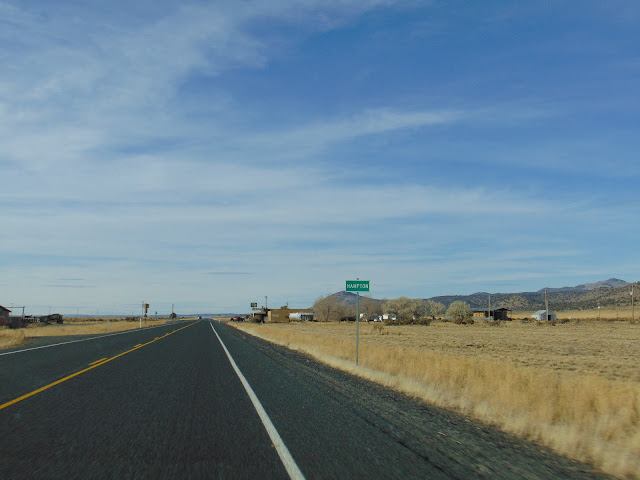 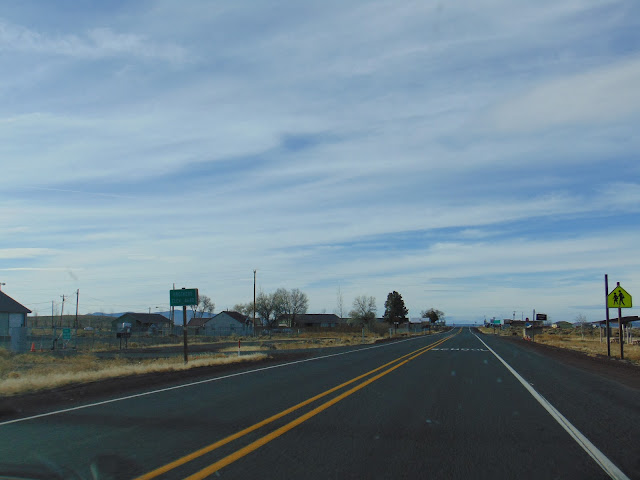 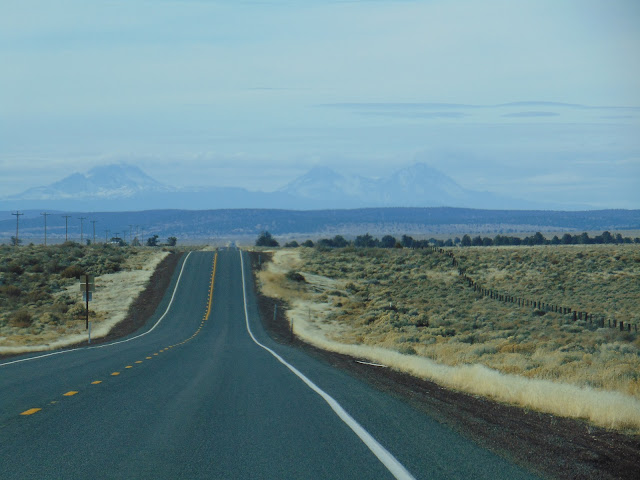 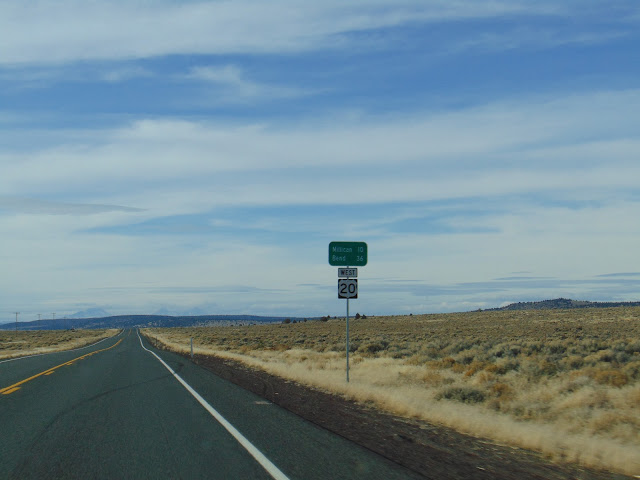 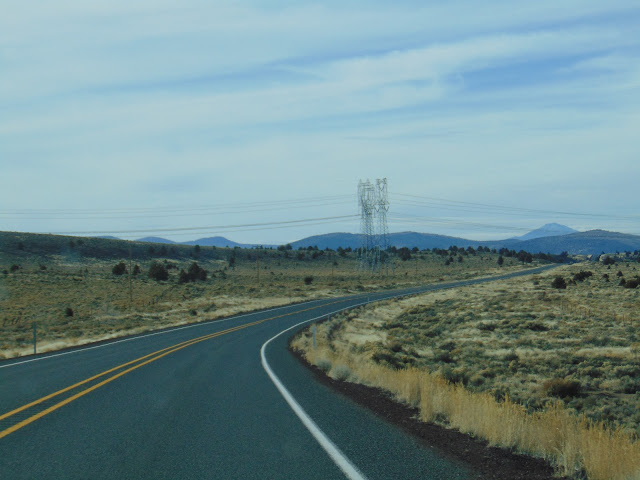 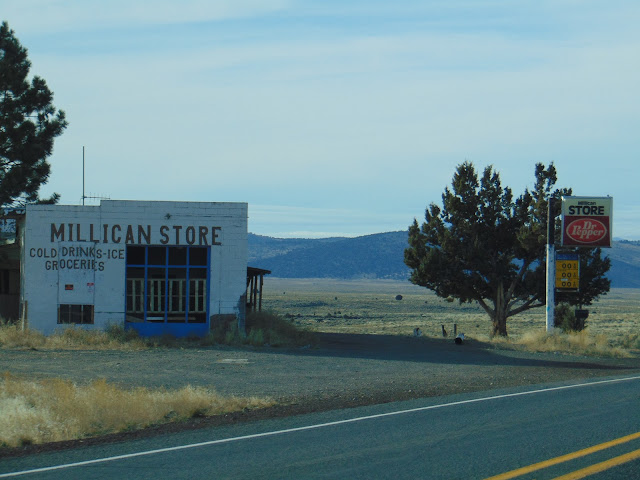 Starting the descent into Bend, the largest city in Central Oregon, we find our way around some sweeping curves and alongside a canyon for an ancient river. Before we enter the city known for craft breweries and the last remaining Blockbuster Video that is open for business, let's explore a couple of geologic points of interest along the way, the Dry River Canyon, which drained ancient Lake Millican on its way to the Crooked River, and Pilot Butte, which is an extinct volcano. Plus as we get close to the Cascades, you'll even spot more trees along the way. 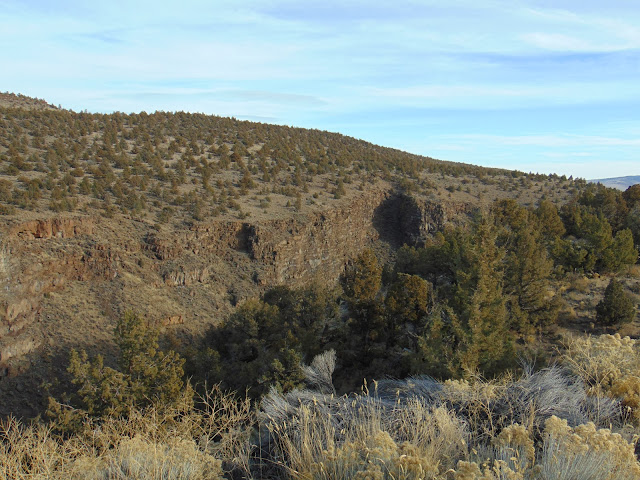 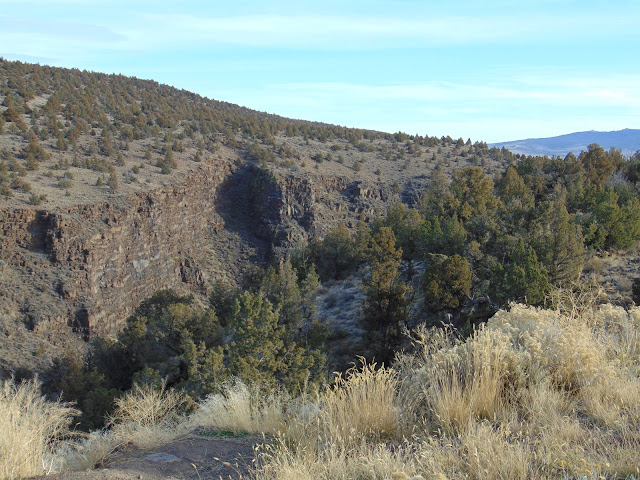 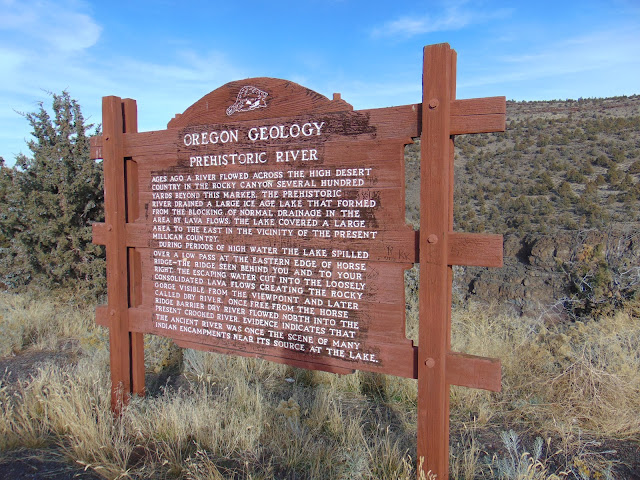 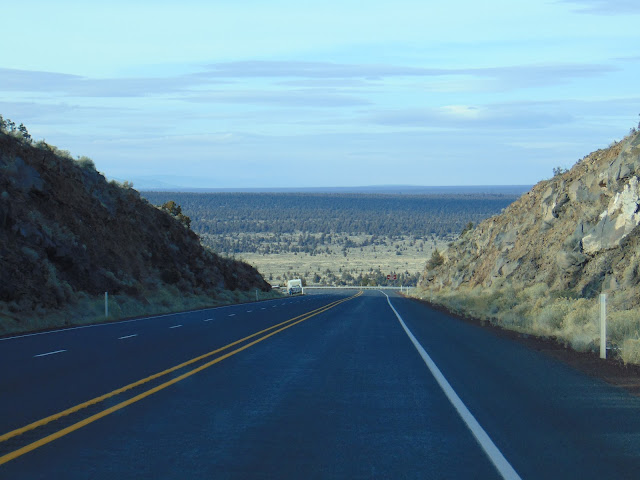 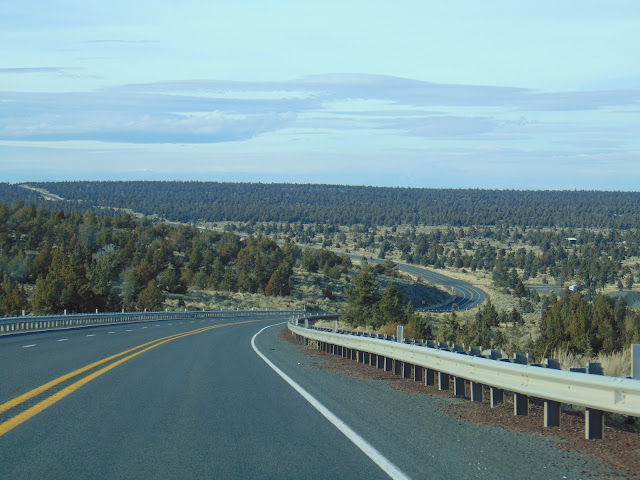 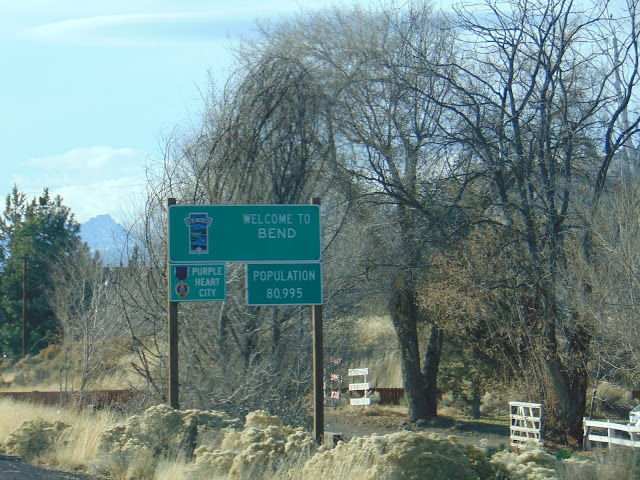 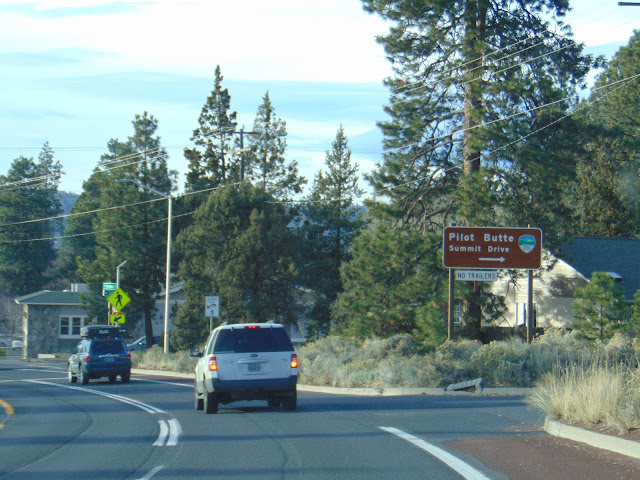 From Pilot Butte, you can drive up (or hike up) the narrow road to its summit. From there, you will be able to see mountains in the Cascades such as the Three Sisters, along with Smith Rock and Bend itself. Pioneers and other travelers of yore used Pilot Butte as a navigational beacon so they could figure out their way around the Deschutes River. It's a neat view, and as a bonus, you can see US 20 down below.

Heading back onto US 20, we go through Bend and head to our final High Desert destination, the Old Western themed town of Sisters. The Three Sisters, a trio of volcanic mountains, will be in close view as you drive along US 20 from Bend, through Tumalo and towards Sisters. Near Sisters, there are plenty of resorts and the Deschutes National Forest to visit, plus the Whychus Creek is a waterway worth visiting and the Metolius River is a fly fisher's dream. In Sisters, US 20 starts to follow the Santiam Wagon Road, which was an early predecessor to US 20 across Oregon from Albany to Ontario, seeing use between 1865 and 1939. The Santiam Wagon Road brought settlers and livestock between the Willamette Valley and the pastures of Central Oregon. Today, you can explore parts of the old wagon road. 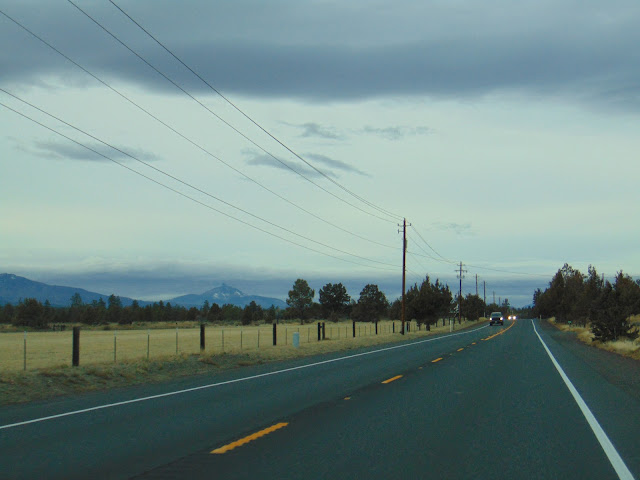 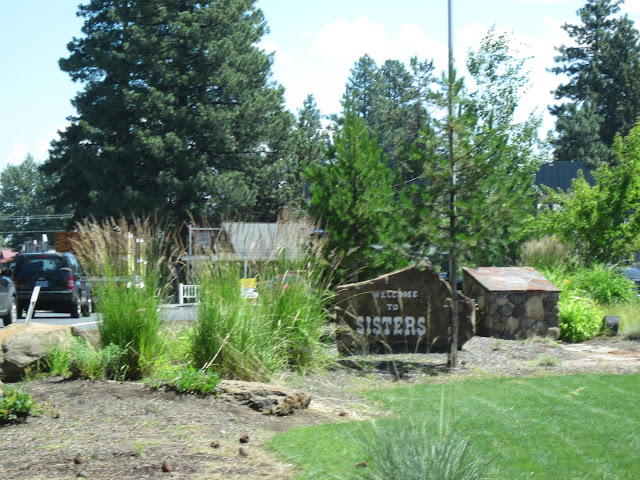 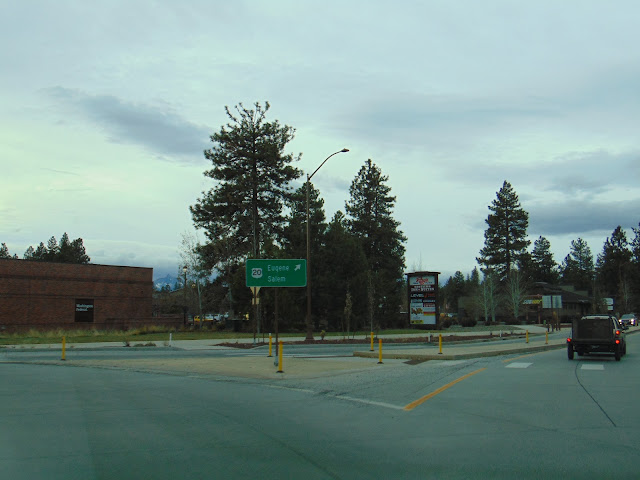 This is where our story ends for now. US 20 (and OR 126) start to work their way through the Cascades and over the Santiam Pass, funneling traffic off towards Eugene, Albany and Salem once travelers have went through the pass.

Sources and Links:
What Is The Longest Road in the United States? - Federal Highway Administration
Highway 20: Bend to Burns - 1859 Oregon's Magazine
US 20: Route crosses the Cascades and heads east - The Oregonian
Discover Historic Route 20 - The Historic US Route 20 Association