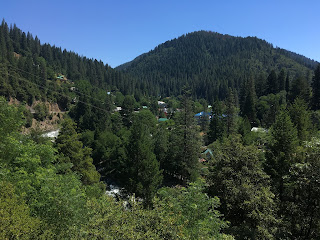 Prior to the 1964 State Highway Renumbering the route of CA 194 was known as Legislative Route Number 36.  LRN 36 was adopted into the State Highway system in 1907 as a road from Mount Pleasant Ranch by way of the Eureka Mine in southeastern direction towards Downieville.

LRN 36 appears on the 1918 State Highway Map as a Special Appropriations road.

The irony of having a roadway to the Eureka Mine from Downieville was that mining had long declined in the 19th Century.  The legislative description of LRN 36 appears to make a vague reference to a highway that would be adopted either in Marysville or Oroville.  Said highway was adopted in 1909 during the First State Highway Bond Act as LRN 30.  More can on LRN 30 can be found above on CAhighways.org article on LRN 36 and on the recent CA 162 blog involving the Bidwell's Bar Bridges.

CA 162 and saga of the Bidwell's Bar Bridges

Ultimately LRN 36 would never reach LRN 30 as the latter had been decommissioned in favor of the newly completed Feather River Highway segment of CA 24/LRN 21 in 1936.  The hanging end of LRN 36 at Saddleback Mountain north of Downieville can be seen on the 1935 California Division of Highways Map of Sierra County.

For reference LRN 30 can be seen last on the 1935 Division of Highways Maps of Butte County and Plumas County before disappearing on the 1936 State Highway Map.

Despite never connecting to LRN 30 or even CA 24/LRN 21 the route of LRN 36 lingered on through the 1964 State Highway Renumbering when it was assigned CA 194.  This change can be seen by comparing the 1963 State Highway Map to the 1964 edition.  The 1964 definition of CA 194 was very clear as it was routed north of CA 49 to Eureka Mine Road near Saddleback Mountain.  Of note; the route of LRN 36/CA 194 even by the 1960s was unique given it was one of the last dirt State Highways.

According to CAhighways.org CA 194 was deleted during Legislative Chapter 1372 of 1965.

From the overlook of Downieville there is a 1874 topographical map of the area showing the road westward of the community to the Eureka Mine which ultimately became the first CA 194. 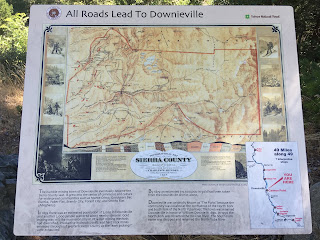 Downieville was founded in 1849 along the confluence of the Downie River and North Fork Yuba River.  Downieville was one of the contenders for the fourth California State Capitol in 1853 which was ultimately given to Sacramento.  Despite Downieville long being past it's heyday it still remains the Sierra County Seat. 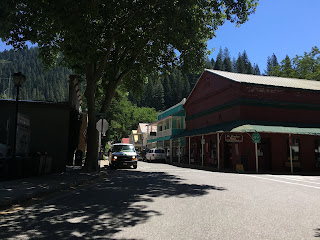 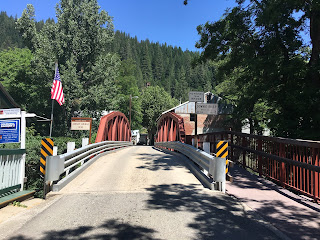 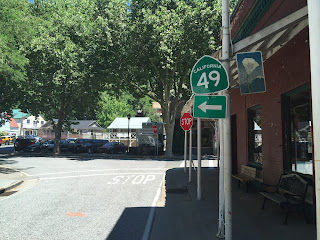