By Challenger Tom November 12, 2017
After leaving Santa Cruz I took CA 152 and CA 129 to get headed east towards Pacheco Pass via CA 156.  Given it was Mid-Day I decided to stop back in at Mission San Juan Bautista given the State Historical Park was open.  I actually went down into the San Andreas Fault where the original El Camino Real was located behind Mission San Juan Bautista. 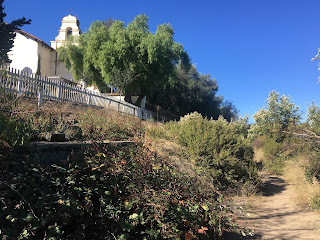 Rather than rehash the history of the El Camino Real in the area, US 101 in San Juan Bautista, or the Mission itself I'll just link over the earlier road blogs I did on those subjects.

In front of the Mission is an older bell from the El Camino Real. 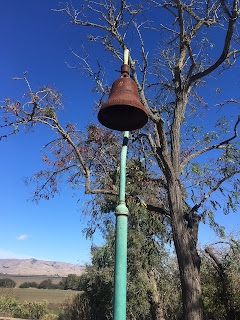 The actual path of the El Camino Real down in the San Andreas Fault is called the "Earthquake Walk." 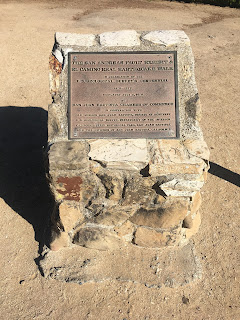 Apparently parking in front of the Mission is actually allowed for a couple hours on Sundays. 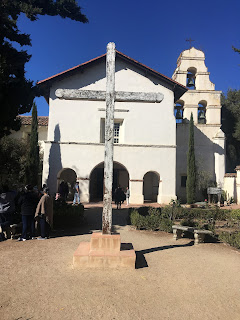 I think the find of the State Historical Park is this old stage wagon that used to run to the New Idria Mine.  I'll be touching on New Idria in a couple days when I get to the County Route J1 stuff I took photos of on the 18th of November.  The Studebaker water tanker was a cool find also. 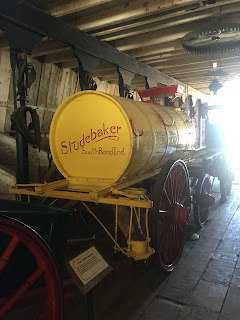 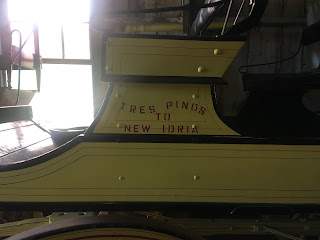