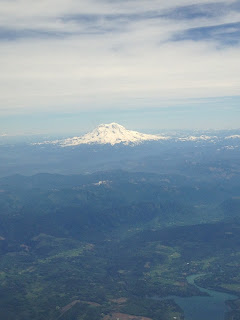 I had a little bit of a rarity in that the weather over Washington was completely clear and I could see the Cascades unobstructed out the window.  I had views of just not just Mount Rainier but also Mount Adams and Mount St. Helens. 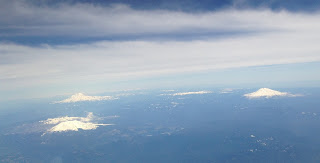 The Cascade Range roughly runs from California State Route 36 north through British Columbia and is far more volcanic in nature than the Sierras.  Most of the high peaks of the Cascade Range are volcanic and have a large prominence. 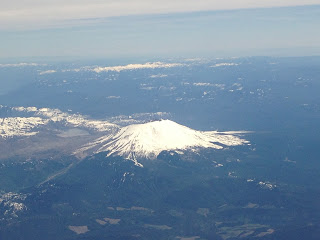 To the east of Mount St. Helens is the 12,281 foot tall Mount Adams.  Mount Adams is also a stratovolcano but has not had an eruption in about 1,000 years.  The peaks of Mount Adams are covered in active glaciers. 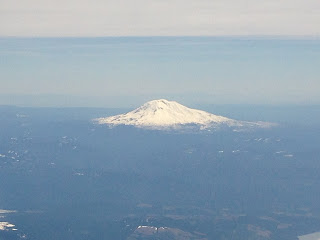 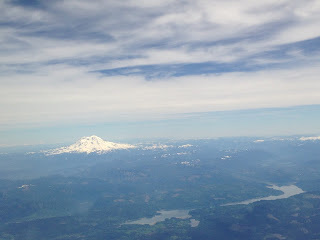 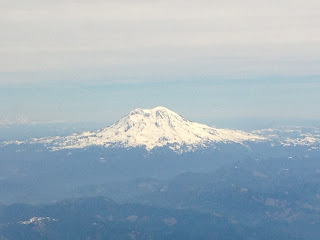 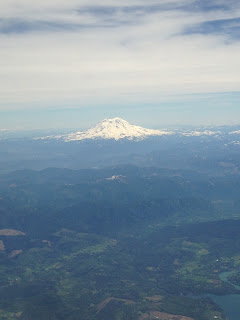 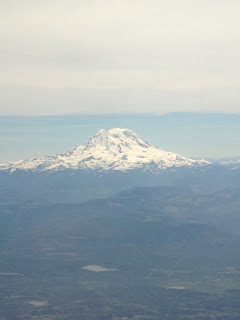 SeaTac is one of my least favorite airports.  I've always found the facilities at SeaTac to way overwhelmed for the passenger volume it receives.  It doesn't help that SeaTac has an off-site rental facility which is probably my largest pet-peeve about airports aside from delays.  After making my way out of the maze of the rental car parking I pulled out of the airport and made my way to southbound I-5. 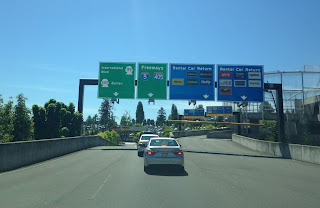 I-5 was surprisingly a breeze driving south to Tacoma mid-day.  I passed the junction with I-705 and WA 7 in Tacoma.  Back in 2015 I turned south on WA 7 here towards Mount Rainier after returning from Olympic National Park. 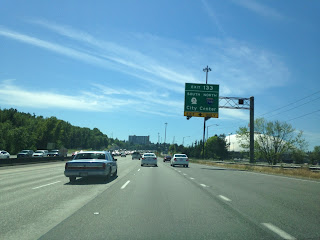 My direction of travel was ultimately across Tacoma Narrows on WA 16, but that is worth a blog post dedicated solely to that topic.