By Adam April 27, 2010
Day Four of the trip was into Arizona - and it will be broken down into two parts.  Part One is a visit to Petrified Forest National Park & the Painted Desert.

Of course the entire set is on flickr, 117 photos in total. 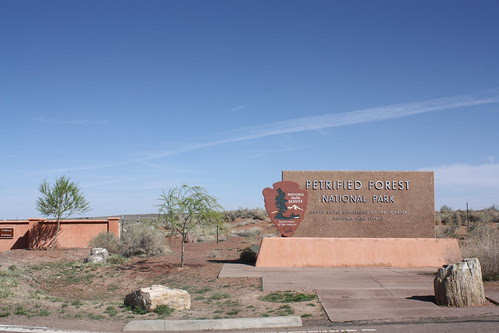 Petrified Forest National Park is located off of Interstate 40 - Exit 311 - in Arizona.  Normally, cost is $10 to enter but we were fortunate to visit during National Parks Week - and all entrance admissions at national parks are waived during the week.

The first series of overlooks and stops feature the Painted Desert.  The colors are simply amazing. 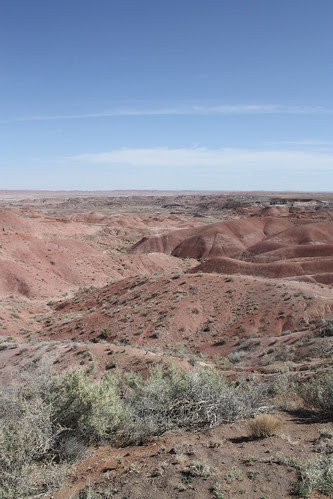 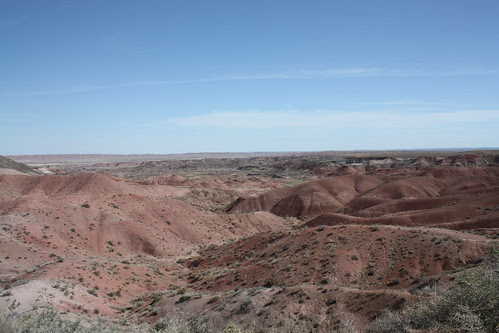 There is a brief paved trail from Tawa Point to the Painted Desert Inn. It's just over a half mile long, and it's worth the hike.  (Here's a hint: Iif you are in a group of two or more and at least one person doesn't want to walk the trail, have them drive to the Inn while you (and others) take the hike.  Joe wasn't interested in the walk so I just met back up with him at the inn. )

So while on the walk - I ran into this little critter. 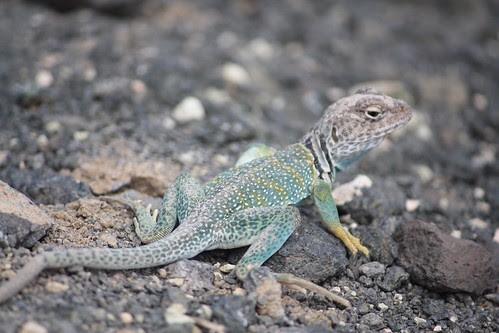 Speaking of the Painted Desert Inn - 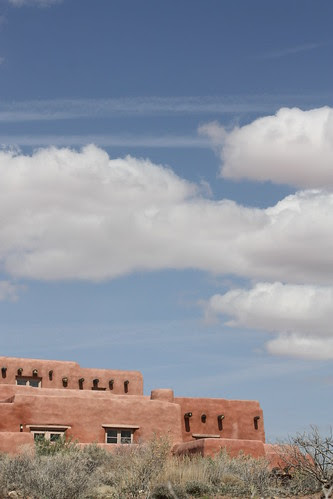 There it is.  The Inn was completed in 1940 and actually operated from 1947 to 1963 by the Fred Harvey Company.  It was almost demolished in the 1970's but fortunately would be preserved and is now home to a bookstore and museum.

The details inside the Inn are just amazing - and something you really don't see everyday, especially if you are a native East Coaster like me. 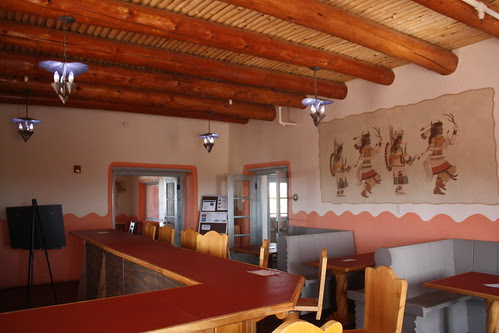 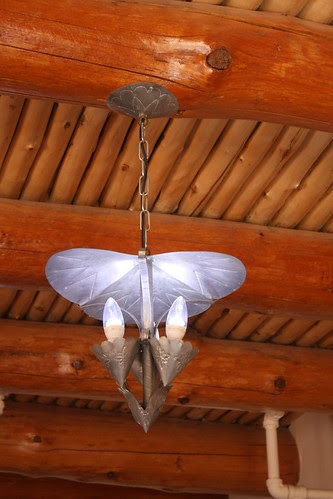 From there, the road through park winds to a wayside for Route 66.  It's nothing too spectacular...just an old car and telephone marking the former alignment of the Mother Road. 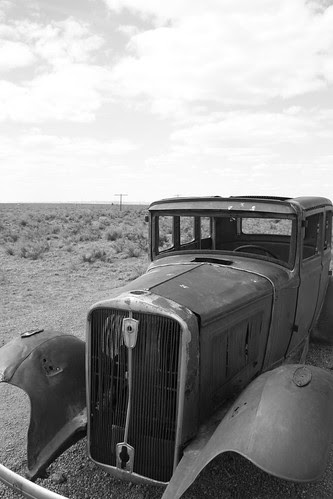 A nice stop is the Puerco Pueblo.  The 100 room pueblo dates back to the 1200s.  However, the most interesting feature of the Puerco Pueblo are the petroglyphs.  This was the first time I had ever seen petroglyphs in person and they were certainly impressive. 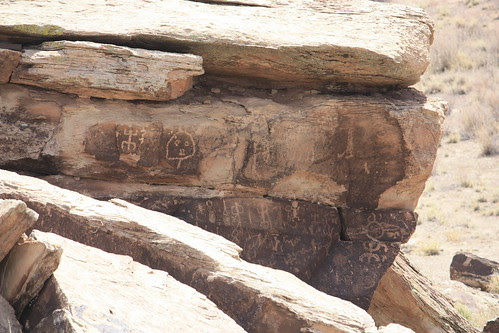 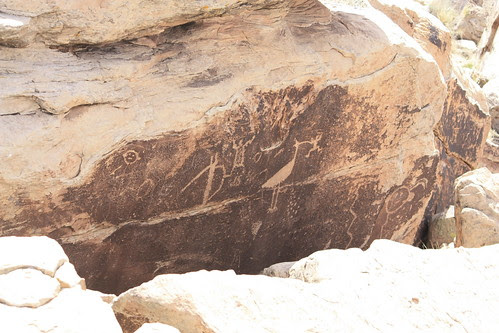 From the Pueblo the Park Road winds into the badlands and an area known as 'The Teepees'.  It's amazing. 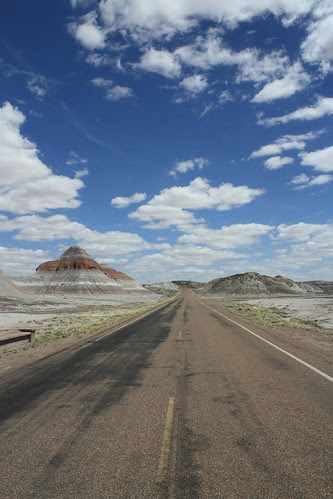 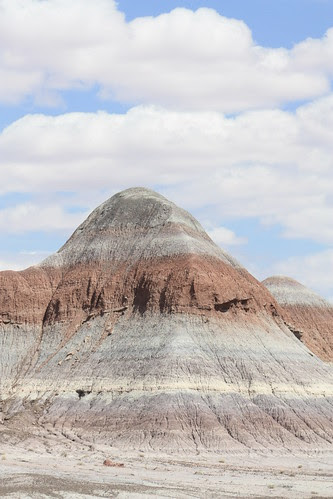 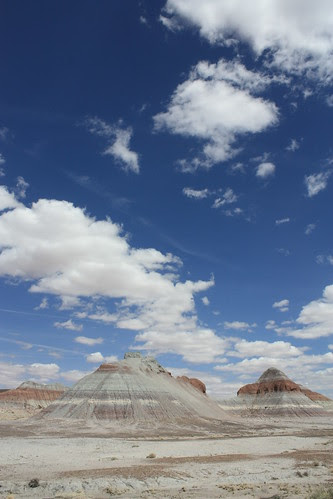 But the best part of the park, at least in my opinion, is the Blue Mesa Area.  Specifically, the walk I took along the Blue Mesa Trail.  It's breathtaking, one of those areas where even the photos can't tell you how amazing it was. I had never seen anything like it, and I would have just spent all afternoon there if I could.

The Blue Mesa Trail is a must...as you walk a paved loop - about a mile or so - through this. 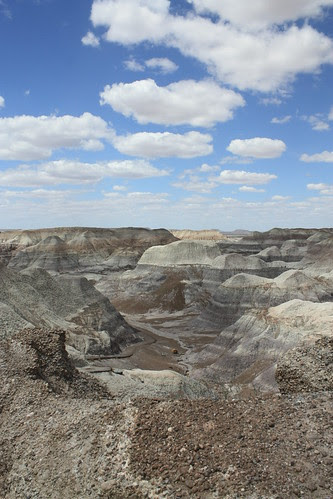 The trail works its way downhill.  At the bottom when I reached the exposed valley, I was greeted by a gust of wind that really opened my eyes to what was in front of me.  I looked up and to my right, and it's a view you really can't top. 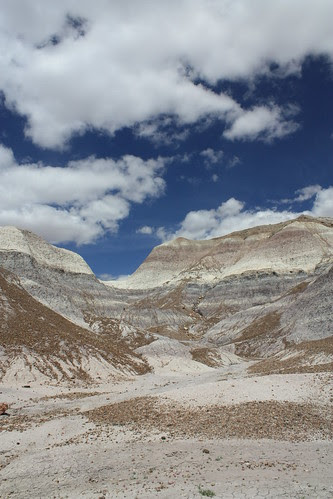 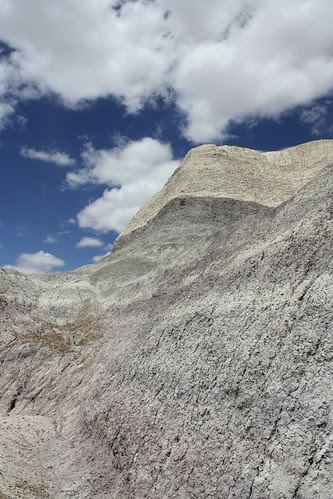 Just looking at these photos again in posting the blog makes me want to go back again!  So one last look! 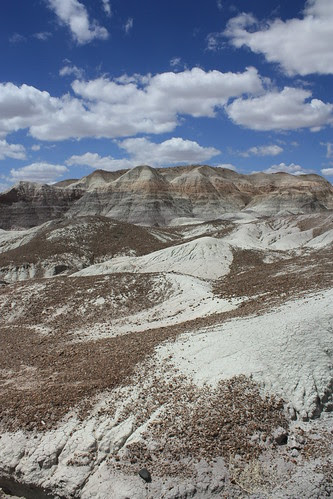 Petrified Forest was a great visit.  In total, we spent about two and a half to three hours in the park, and we could easily have spent more.  But it was on to check out old 66 and we took US 180 North towards Holbrook to head west on 66.  Did I stand on the Corner in Winslow, Arizona?  Stay tuned...Part II will be next.

Chris Allen said…
I think it's funny that you went to Petrified Forest NP and basically ignored the petrified forest. :) That's okay, though...petrified wood isn't all that exciting.
11:28 AM