By Adam April 29, 2010
The second half of Day 4 was exploring parts of Old US 66 in Arizona.  We stopped at old 66 towns like Winslow, Holbrook, Jackrabbit, and Joseph City.

The whole photo set (88 in total) is located here on flickr.

We'll start with the Interstate 40 part of the trip.  First within Navajo County, there are still plenty of button copy guide signs. 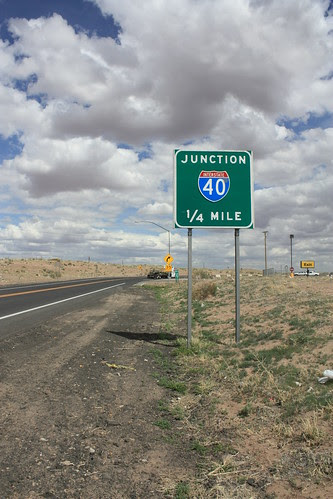 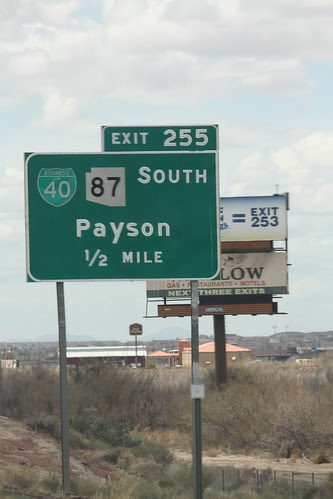 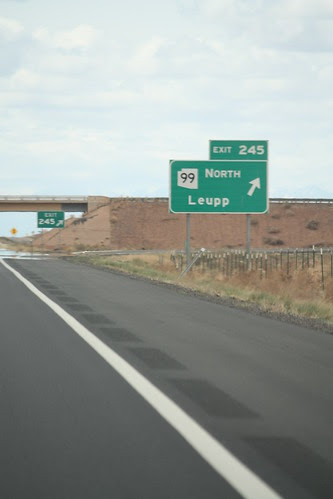 The mountains and Flagstaff will have to wait another trip. 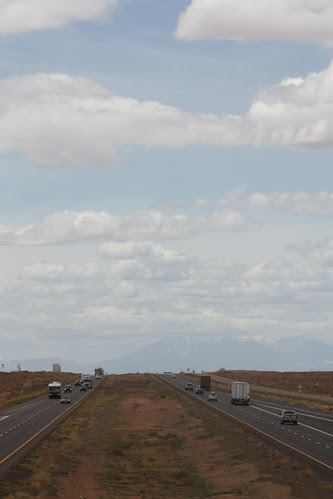 It's all east from here: 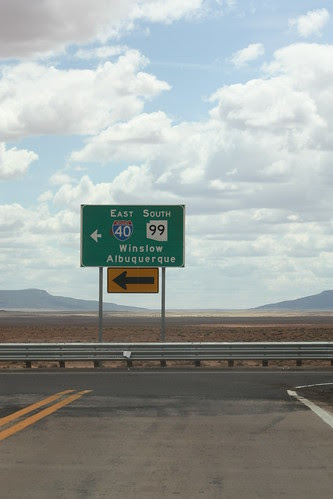 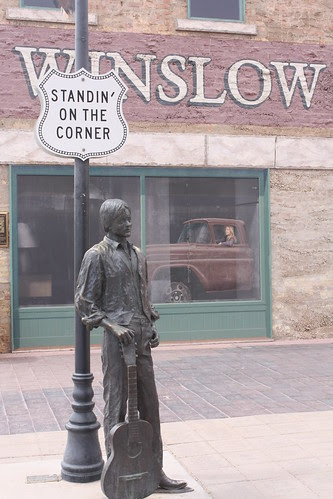 The town of Winslow has very much embraced its place in Americana with a park commemorating US 66 and also the song that will make forever famous, The Eagles, "Take it Easy." 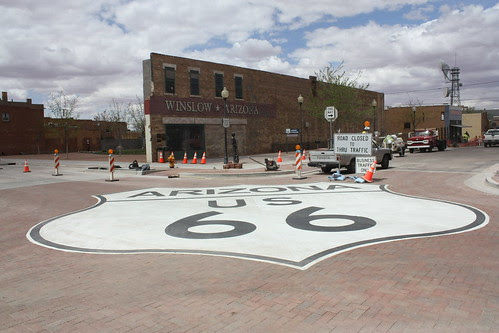 There's also a replica US 66 shield.  Some will like, some won't: 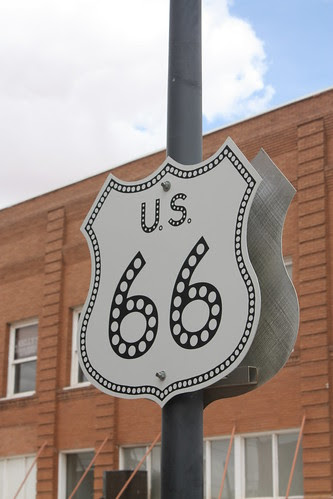 From Winslow, it was on to Jackrabbit.  It's Route 66 lure comes from signs advertising the Jack Rabbit Trading Post. 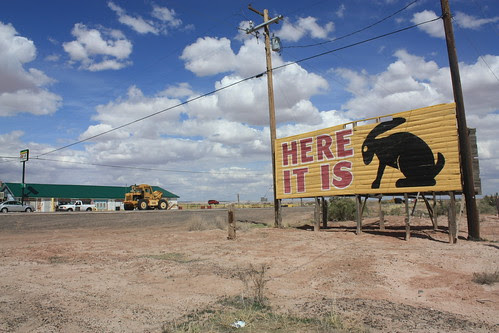 There it is...and there's not much else there, either. 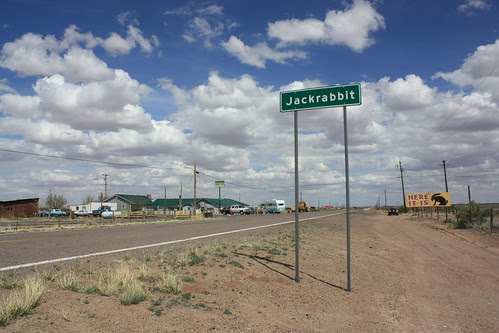 There is an abandoned gas station and campground at the exit.  It must have been an old Texaco Station as the old pumps read Super Chief. 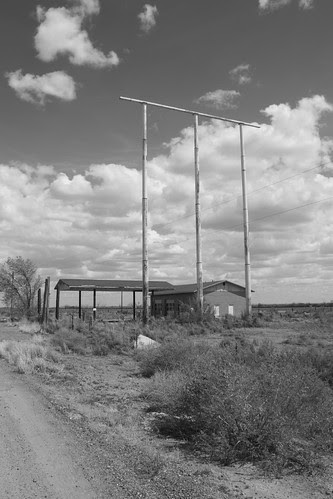 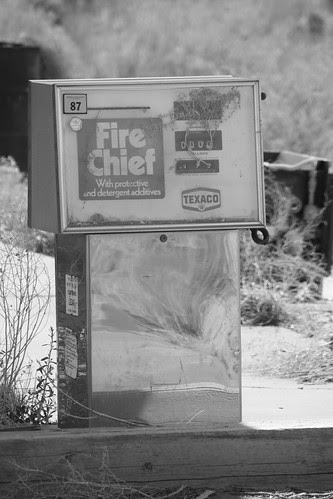 In Jackrabbit, the Mother Road heading westward returns to gravel and dirt before dying at the Interstate. 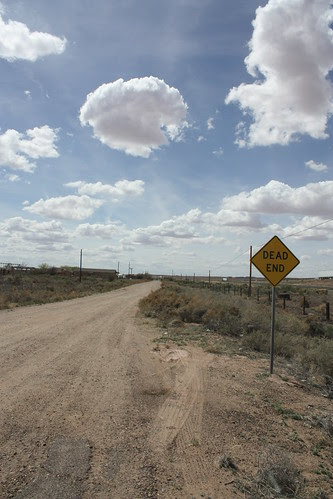 Joseph City was next.  Though there wasn't much of photographic interest there.  It is a great example of how US 66 was four lanes through even the smallest of desert towns.

Holbrook is the last old 66 Arizona town we visited.  Not only is Holbrook home to some more classic neon signs for motels, restaurants, liquor stores, among others. 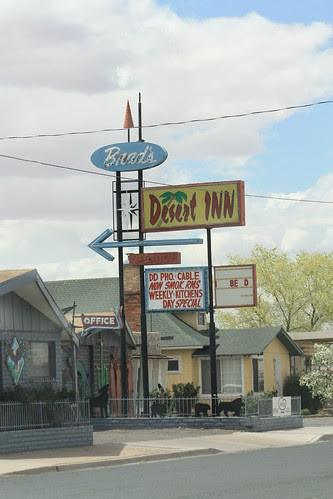 It is also home to the Wigwam Motel.  Which you can still stay at today! 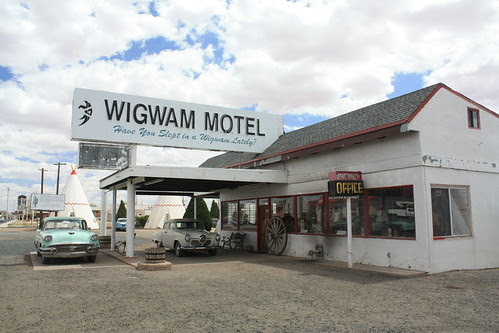 The Wigwams were built in 1950 and have been in a unique lodging experience every since!  With the exception of between 1982-1988 when it was closed. 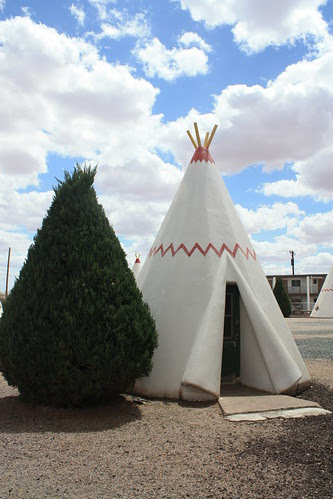 From there it was pretty much I-40 back to Albuquerque.  We saw enough of Route 66, where you want to come back revisit the places you enjoyed and see more.  I know I certainly want to go back.

So what's next...Day 5 will most likely be broken up into two sets.  White Sands National Park and photos from the drive from Albuquerque to Midland, Texas.  US 82 through Lincoln National Forest is something you will want to see!