By Adam April 25, 2010
The second day of the trip took us from Lonoke, AR to Albuqueque, NM.  The route along Interstate 40 was overcast and rainy though the sun did poke out around Amarillo, TX.  We made a number of stops in Oklahoma and in Texas, though not as much as we would have liked to because of the rain and cloud cover.

We did see the sun first thing in the morning at Lonoke, but as you can see from this photo heavy clouds loom towards the west. 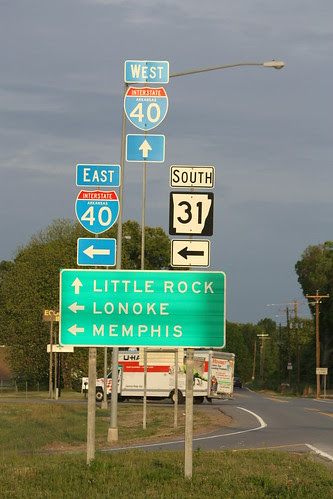 After a stop at a scenic view on I-40 West at Lake Dardanelle and one at the Oklahoma Welcome Center.  We approached Oklahoma City, where these interesting Interstate shields were found at the junction of I-35 and I-40. 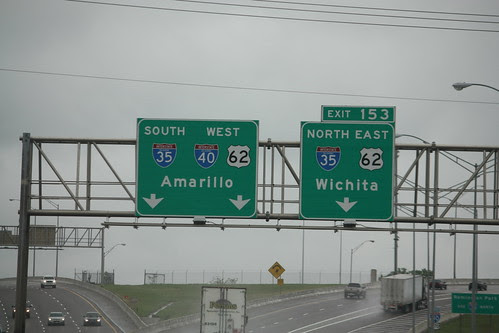 We took exit 136 to access Old US 66 in Yukon.  11th St through Yukon has been renamed for Garth Brooks. 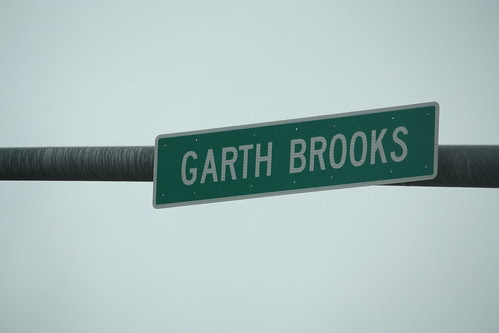 The first town we hit on old 66 is El Reno.  This handsomely done mural was recently created. 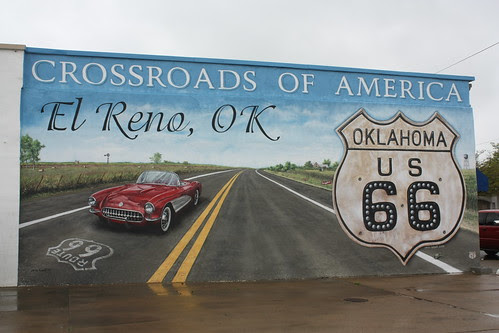 I'm wondering if there was something else (perhaps a US 66 shield) to the left of the I-40 shield on this button copy sign where old 66 meets I-40 west of El Reno. 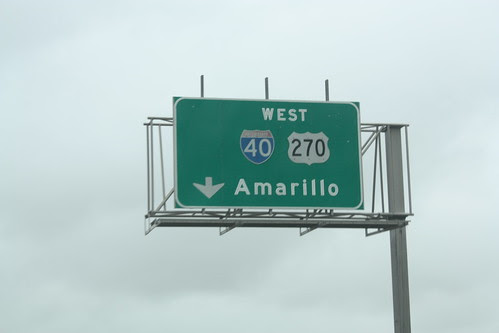 Next, we took a small detour on an old 66 alignment near Geary, OK.  There is a narrow concrete two lane that carried the old Mother Road that runs between US 281 Spur and US 281. 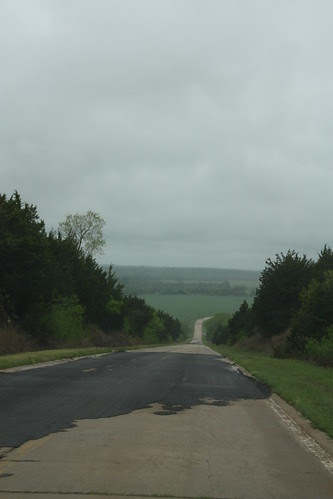 As you can see, the grey flannel skies really took away from what is an amazing setting.  Just west of here is the pony truss bridge that once carried US 66 - it still carries US 281 - over the South Canadian River.  The nearly 4,000 foot long bridge contains 38 'pony trusses' and is the longest of its kind in Oklahoma.  It was built in 1933 and still in use today.  There is really not an excellent pull of spot for this bridge.  Though if you are able to reach the river flood plain (as we saw some quads that day) you'll have some good photo opportunities. 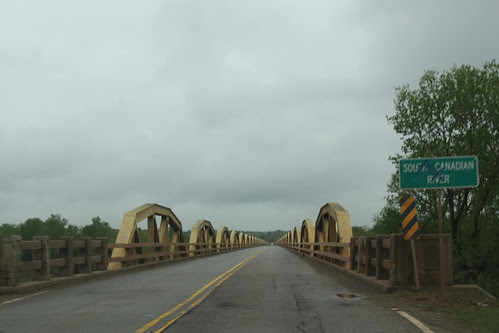 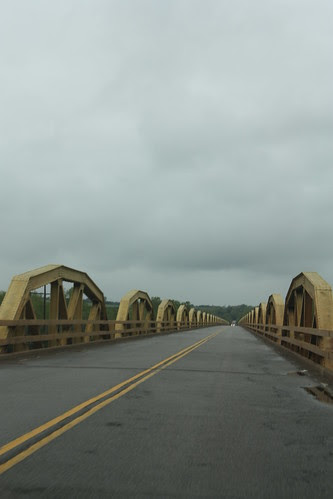 Just before Sayre, at Exit 26, we saw this old truss bridge and had to exit off the highway. 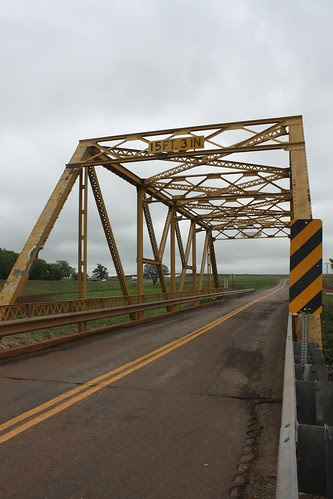 We headed into Sayre on Business 40.  Here's a sign for the Western Motel...one of thousands you can still find on old 66. 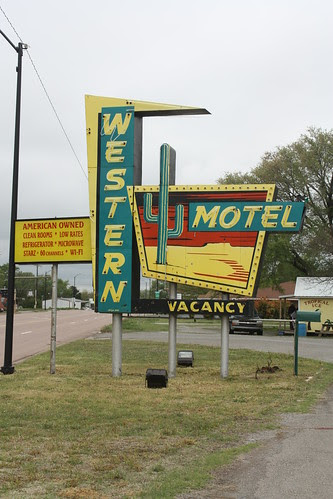 Sayre is the county seat of Beckham County, though the main intersection of Old 66/US 283 and OK 152 appears to have had better days. 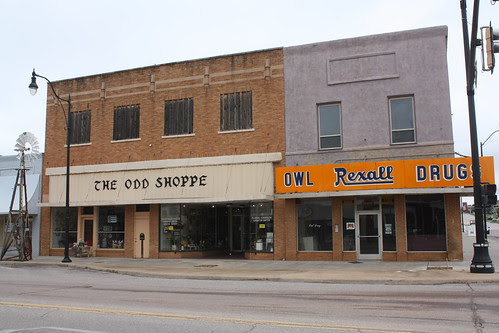 If you read the old paint below the 1901 Hullum Hardware Co., it reads 'UNDERTAKERS'. 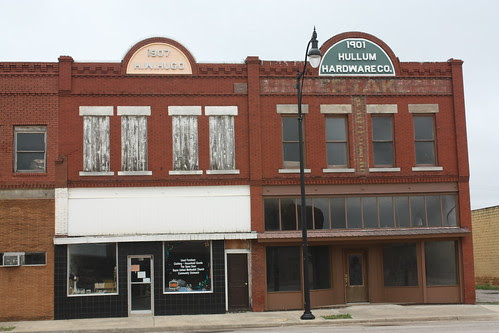 Next, it was into Texas and a stop in Shamrock.  Home of the famous Tower Conoco Station and U Drop Inn. 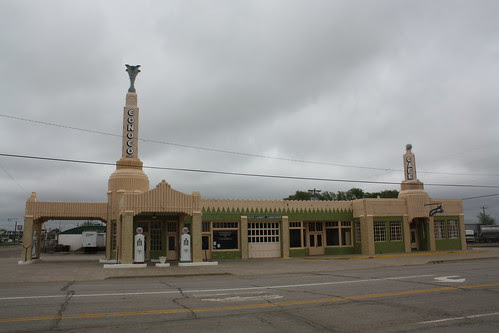 The Art Deco station was opened in 1936; and after decades of changing owners and eventual neglect, the station was restored to its original look about seven years ago and now is home to the Shamrock Chamber of Commerce. 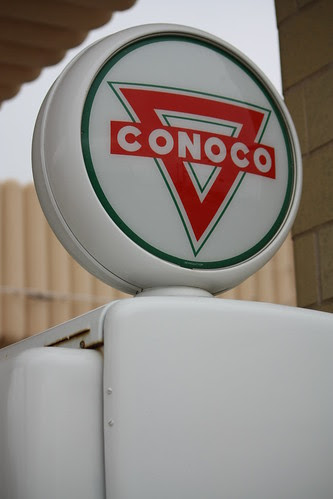 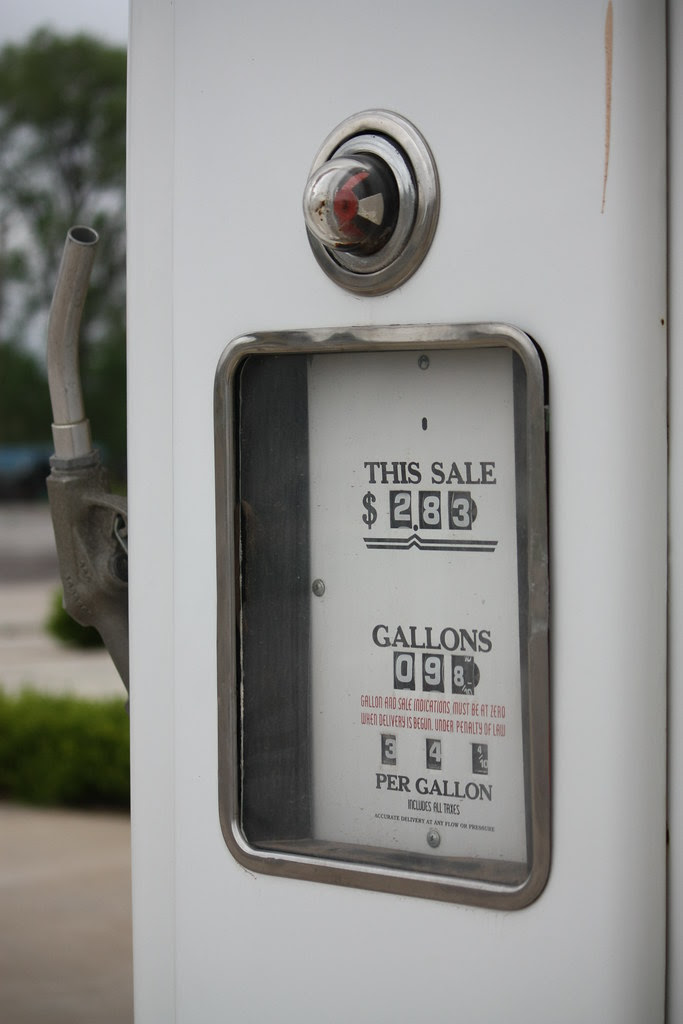 Adam Froehlig was following along our trip on twitter and recommended a stop at the rest area at mile 132 on I-40 in Texas.  And I must say I concur.  First, the topography is excellent.  Unfortunately, the overcast skies really take away from the photos.  However, one photo from the rest area.  This Texas shaped outdoor grill.  Only in Texas! 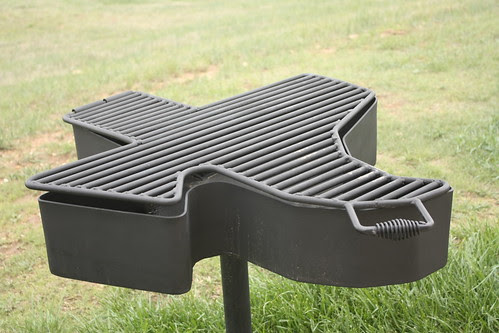 Further down the road in Groom, there is this odd site. 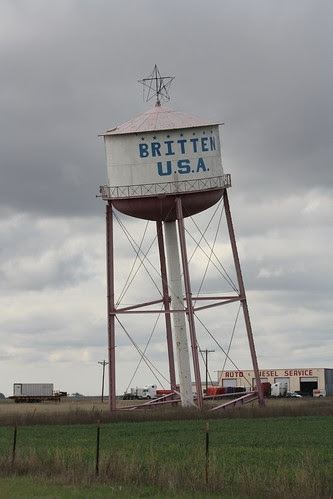 The Leaning Tower of Texas.  Or the old Britten Truck Stop Water Tower.  It was built that way to get folks to stop in Groom on old 66 - and later I-40.  The truck stop, lounge and restaurant is no more, but the tower - and it's 'towering' sister billboard still remain. 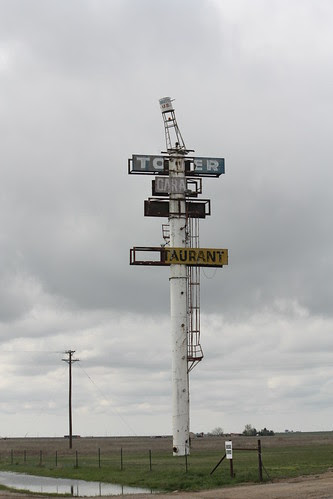 From there it was west to Amarillo and a stop at the world famous Cadillac Ranch. 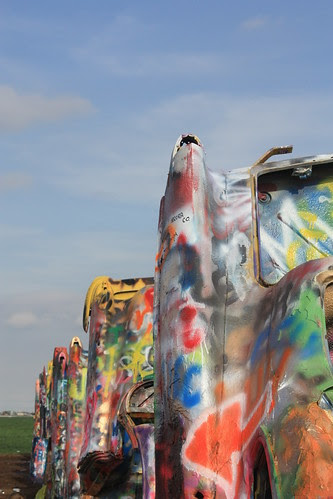 The Cadillac Ranch first appeared in 1974...and as a result of the growth of Amarillo...moved to its currently location in 1997.  The appearance of the vehicles change daily as a result of spray paint cans that are left at the site.  It's a tempting activity as this young girl and even myself took part in. 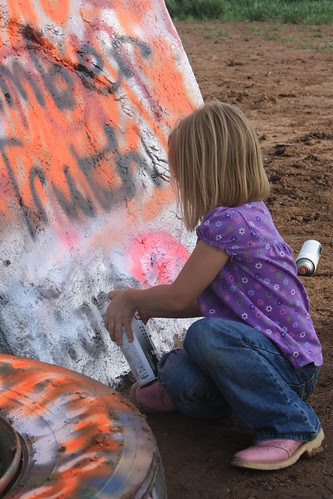 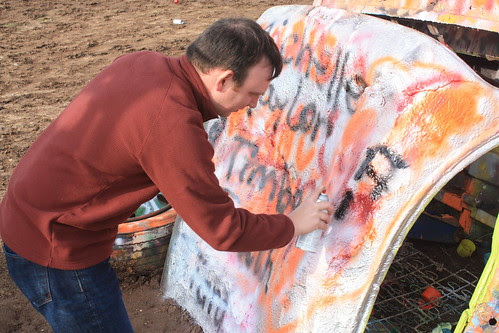 But within the artwork, are small piece of brilliance - like this one found in one of the tires: 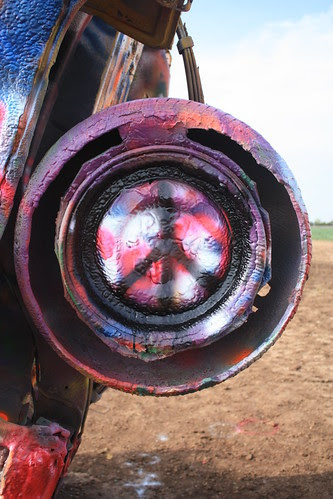 From there it was onto New Mexico.  And the final photo of the day I-40 Exit 277 in Santa Rosa. 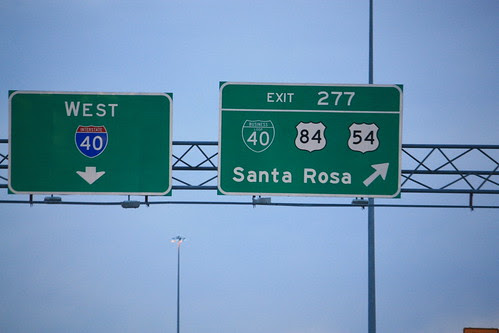 Anonymous said…
Love the shot of the old narrow 2-lane 66 and of the Conoco station. Great stuff.
12:39 PM

Wadsteckel said…
Wish I had the time and money to take a trip like this, Adam. Had to fire up WinMediaPyr and Bruce Springsteen's "Caddilac Ranch" to listen to while I read this part of the blog. :-) -Ed S
1:20 PM