By Adam October 31, 2009
The last full day in Texas was spent in San Antonio. Out first stop was Fort Sam Houston National Cemetery where Maggie's grandfather is buried. It's amazing how tranquil a location it is amidst all the base activity that surrounds it. Over 120,000 lay in eternal rest there. It is an extremely powerful site.

From there it was into downtown San Antonio. We arrived just prior to 11, so we were unable to check in though we did leave our car at the hotel. Obviously, the first stop in San Antonio is always The Alamo. It is correct that the building itself isn't as massive as you'd think, but take the time to walk the grounds and taken in the exhibits and you'll really begin to understand how the siege and battle at The Alamo is the powerful symbol for all of Texas as it still is today. 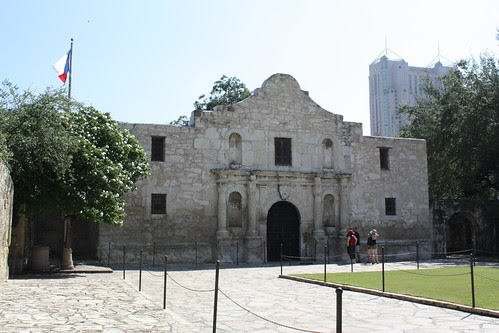 To first time visitor's, the smaller skyline of San Antonio maybe come as a surprise. But when you take a closer look, the skyscrapers San Antonio does have are impressive and complete with character from years gone by. 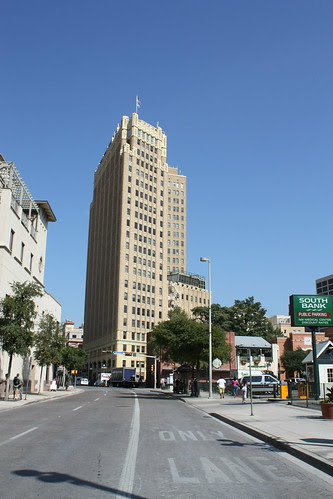 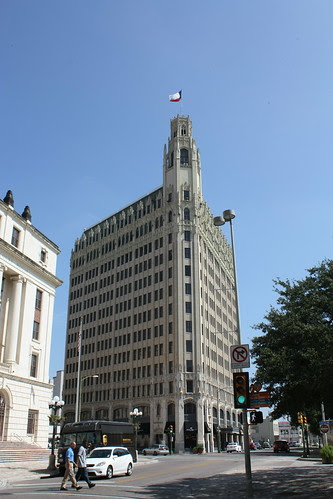 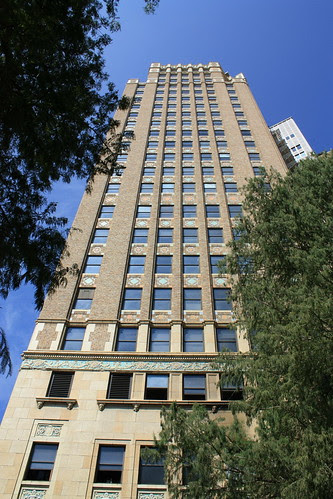 We walked a bit in and around town and started to get hungry, so we headed down to the Riverwalk and ate lunch at The County Line BBQ. I definitely recommend it. The sauce was excellent...plus you can't go wrong with eating along the Riverwalk.

Finally, we were able to check into our hotel - the Drury Plaza Inn. The hotel is located in the former Alamo National Bank Building. The 24 story Renaissance style building was built in 1913 - and the Drury maintains a lot of the charm of this historical building.

The lobby is impressive - and a lot of the old bank features are incorporated into the hotel. For example old teller windows are part of the reservation desk. 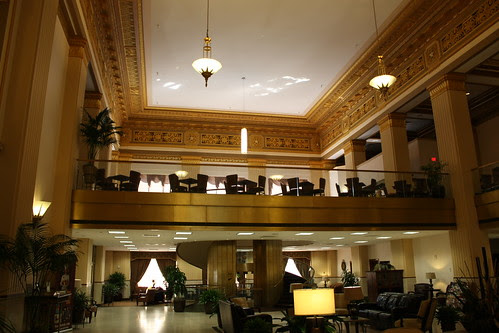 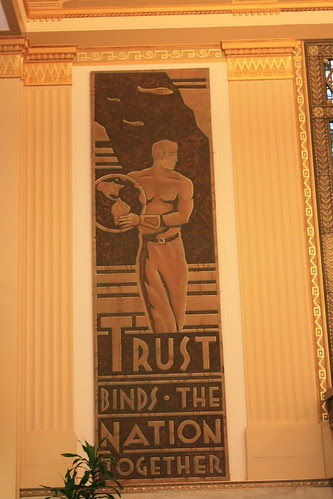 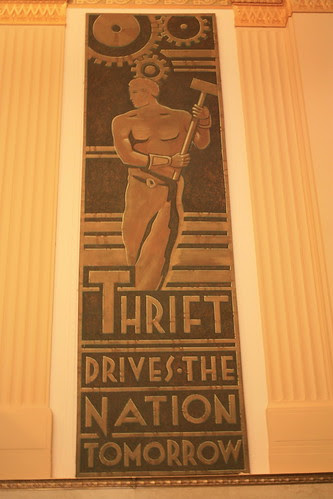 Our room was on the 17th floor and was very nice. You certainly had the feeling in the hallway you were in an old office building - but that added to the charm. Insie, the accomidations were well kept and I couldn't complain about the views of the outside.

The best part of the hotel had to be the relaxing views of San Antonio from the outdoor rooftop pool on the 23rd floor. And on a 90 plus degree day, it certainly was welcomed! 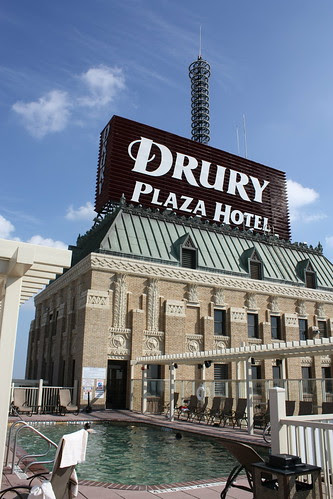 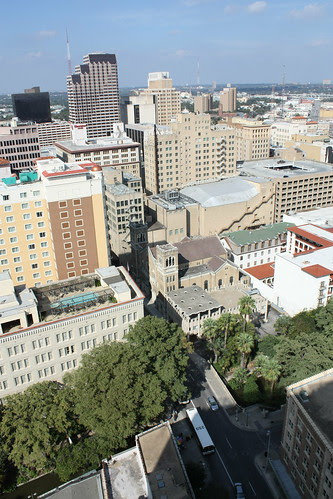 Next up was a cruise of the Riverwalk - and for $8 it was worth it. The cruise lasts about 45 minutes and if it's your first time there, like it was for us, the cruise really shows you a lot of the Riverwalk and some of the history behind it. 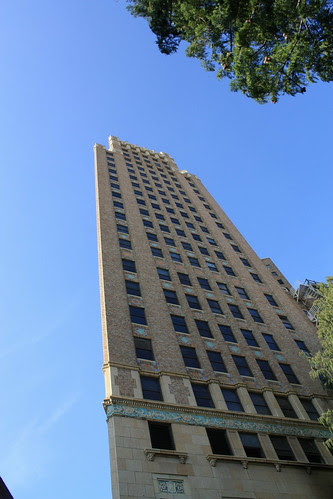 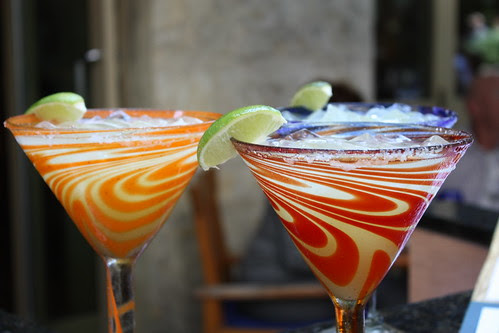 From there it was dinner. One of the amazing thing's about the Riverwalk - besides the atmosphere - is how all of the various restaurants really try to sell you on their place. Unfortunately, you may not always get what you expected - and where we went for Tex-Mex was an example of that. Sadly, the Rio Rio Cantina seemed like a great place for dinner - but the service and the food didn't meet the hype.

However, it didn't damper a wonderful time in San Antonio. A city that you can instantly fall in love with. We didn't see everything there is to see in one day - but it was just enough to make you want to go back. And that we will!