By Adam October 22, 2009
Tuesday morning and the rain that overcast and dreary skies continued as we headed from Lindale, Texas to Austin. The trip was pretty straightforward Texas 155 to US 79 to Round Rock and then down I-35 into Austin.

More photos from the trip to Austin can be found here.

What was the worst thing about the off and on drizzle and sometimes a nice heavy shower was I wasn't able to take photos of the surprisingly rolling (at least to me) East Texas landscape. Obviously with all the rain they've had, it was quite green. However, we did stop at a few small towns - the first being Buffalo - which is on US 79 just east of I-45. 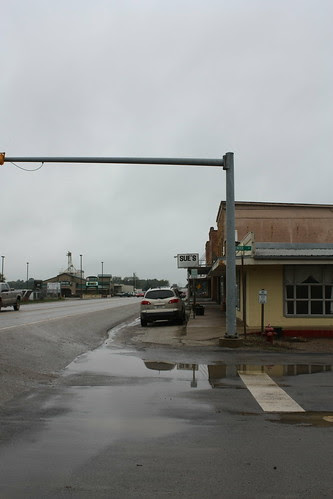 There really isn't much to Buffalo; however, they were in the fall spirit. The very small downtown featured a few scarecrows including this one which was meant to be Dolly Parton. 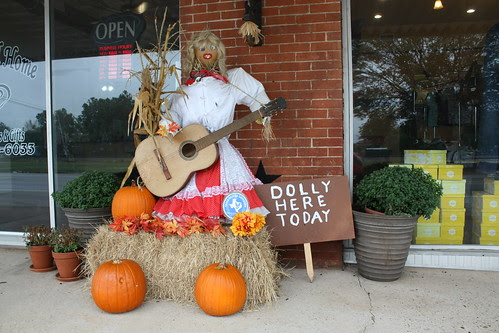 Further down, US 79 is the town of Franklin, TX. Franklin is slightly bigger than Buffalo and is the County Seat of Robertson County. It has a rather nice courthouse but it started to pour and the grounds are under construction so I wasn't able to get any photos of the courthouse.

Franklin has a number of odd and ends type shops - and of course that means there is at least one type of antique store. 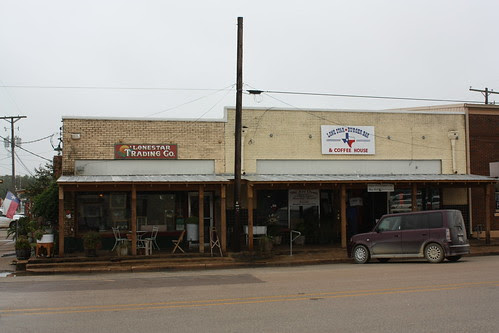 It's called the Lone Star Trading Company - and it has a number of goodies. I liked this old Coca-Cola sign it had hanging outside. 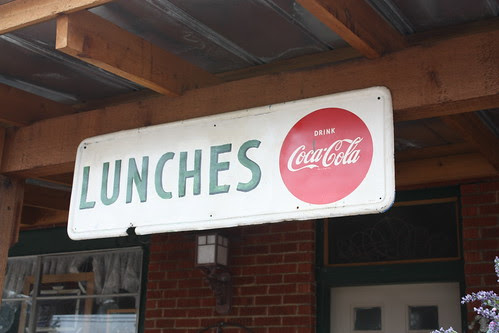 When we got to Austin, the clouds were finally beginning to lift. After over two days of dreary weather, seeing the sun was definitely a gift, and the excitement of being on vacation certainly returned.

Maggie and I then went to Pedernales Falls State Park to explore. The park is about 45 minutes west of Austin off of US 290. It costs $5 per person to enter and it was worth the expense.

The most popular part of the park is the falls themselves. Visitors are allowed to walk anywhere along the Pedernales here, but they are not allowed to enter the water. The reason swift currents and the possibilities for flash flooding. The restrictions have been in place for over 30 years.

The skies were nearly clear when we started to explore the riverbank and the falls - and the setting is extremely relaxing after two and a half days of driving. 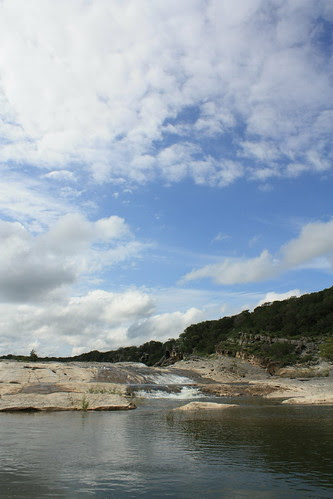 One of the unique features about the falls is the visual displays of nature in various rock formations and erosion. There were numerous mini caves and waterfalls throughout - making for interesting nooks and crannies. 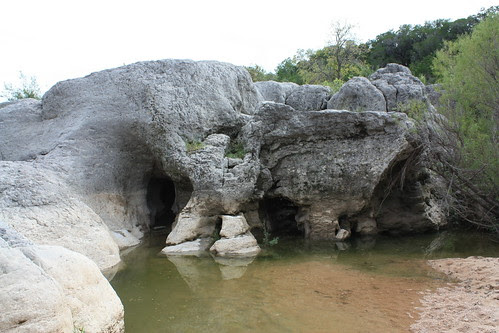 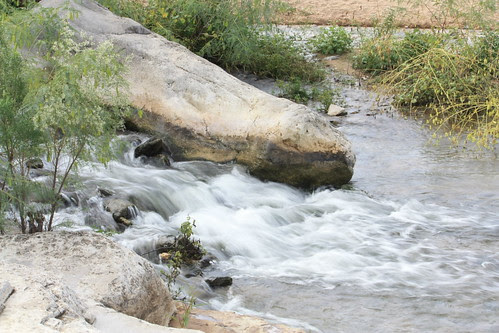 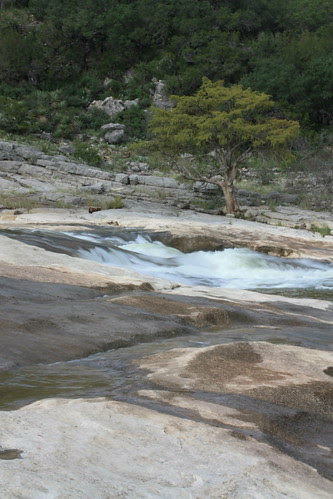 Further down river, you are able to enter the water to swim, wade, or tube. Of course, I hit the water - and with a strong Texas sun (even in October) causing the temperature to rise quickly - the cool water of the Pedernales sure felt nice. 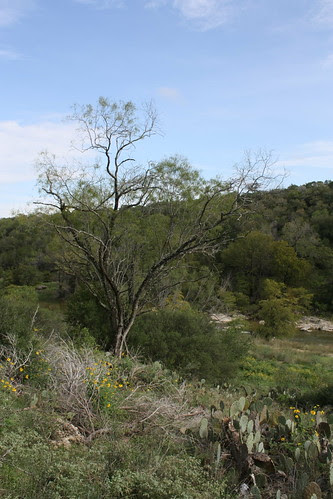 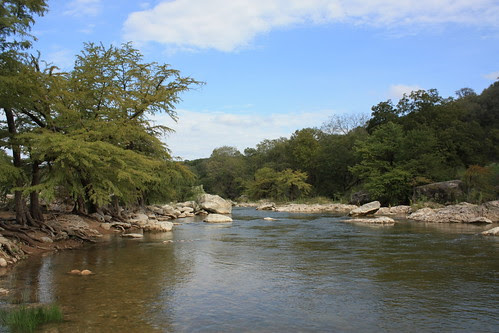 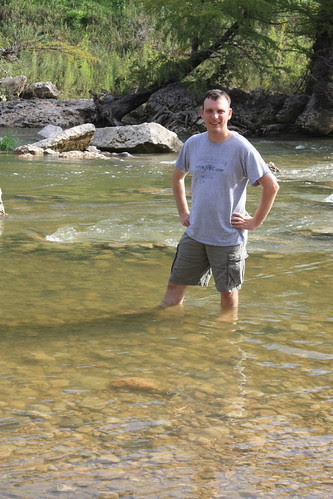 From the park, we headed to the tiny town of Driftwood to eat at The Salt Lick. The Salt Lick is famous for its barbecue and sauce. The Salt Lick does have a old time country feel as you are in pretty much an old barn and smokehouse and you eat on picnic tables. Most of the building is without air conditioning (they do have a special 'climate controlled' room). The sauce is unique as it is a mustard base sauce - which at least to me was unique to see in Texas. The sauce is more of a brown mustard vs. the yellow South Carolina sauce (Maurice's), and is mighty tasty.

All in all a great day exploring Texas. Yes, I was anxious for the rain to go away and the sun to come out, and once both happened it was certainly a relief. But even with the rain, exploring a part of the country I had never seen before was certainly becoming more enjoyable by the minute.