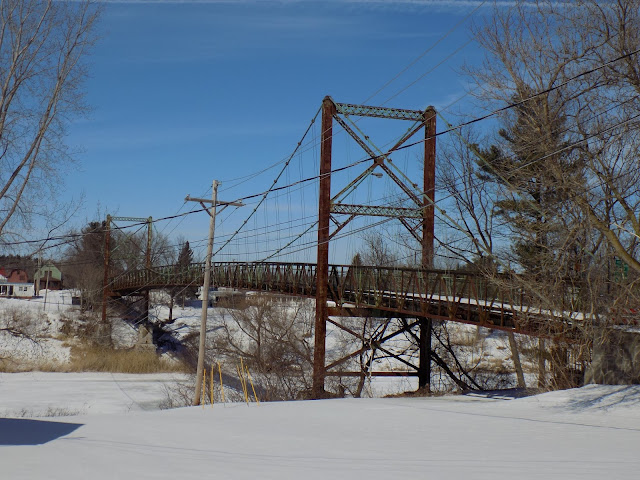 The first and only other known bridge to be built at Massena Center was built in 1832, but that bridge was never long for this world. During the spring of 1833, the Grasse River dammed itself due to an ice dam, flooded and lifted the bridge off its foundation, destroying the bridge in the process.  The floods were frequent in the river during the spring, often backing up the river from Hogansburg and past Massena Center, but not to nearby Massena. After the first bridge disappeared, local residents had to resort to traveling seven miles west to Massena to cross the next closest bridge, and that was no easy task for a horse and buggy. However, it was many decades before a proposal to build a new bridge was formed.

The Town of Massena made its first official move in 1892 when town Supervisor Michael Flaherty filed a resolution with the proposing the construction of a bridge at Massena for $10,000. Flaherty's reasoning was from the complaints made by the citizens of eastern parts of the town, but the $10,000 would cover only the bridge, not any approaches to the bridge. In 1893, the subject was voted on in a vote by the town, but the bridge was voted down and the subject put to rest until 1909.

In 1909, a new proposal for the construction of a bridge at Massena Center was made for $30,000, and this time around, it was approved by the Massena Town Council. With the dawn of the age of the automobile, there was now a suitable need for a highway bridge to be constructed. Word of this new bridge project traveled back to Holton D. Robinson, who was making a name for himself as a prominent bridge engineer in New York City, Robinson born in Massena Center and attended St. Lawrence University in nearby Canton, before becoming a bridge engineer and had already helped design the Williamsburg and Manhattan Bridges between Brooklyn and Manhattan before the bridge project in Massena came to fruition.

Upon hearing about the Massena Center Bridge proposal, Robinson volunteered his time to come back to his hometown and help with the project. After some research, Roinson proposed the construction of a 600 foot suspension bridge with a design cost of $39,990, taking into account the need to build a bridge high enough to withstand the flooding from the ice dams downstream on the Grasse River. The Massena Town Council approved the bridge with the additional $9,990 required over the original $30,000 proposal. Robinson actually stepped down from his position as the chief engineer at the Glydon Contracting Company to come home to Massena Center and build the bridge, which construction beginning almost immediately.

The bridge itself and even its construction was considered unique for the time, and was shorter than most suspension bridges, being only 625 feet long with a 400 foot long main span, and a width of only 12 feet. The Massena Center Bridge would be built from start to finish in just under six months, with an official deadline of opening by January 1, 1910. The bridge was in service until 1976, but was generally considered obsolete when the nearby NY 131 bridge over the Grasse River opened in 1955. At that time, there was talk about removing the bridge, but soon after, St. Lawrence County took over maintenance of the bridge.

Currently, the Massena Center Bridge lies dormant, serving as a reminder of the area's history and its famous native son, Holton D. Robinson. There is talk of making the bridge open to pedestrians and cyclists, but currently the bridge is closed to everyone and there may not be any funds to restore the bridge to serve that capacity. Until then, it is still neat to view the bridge from the distance as it becomes weathered over the course of time. 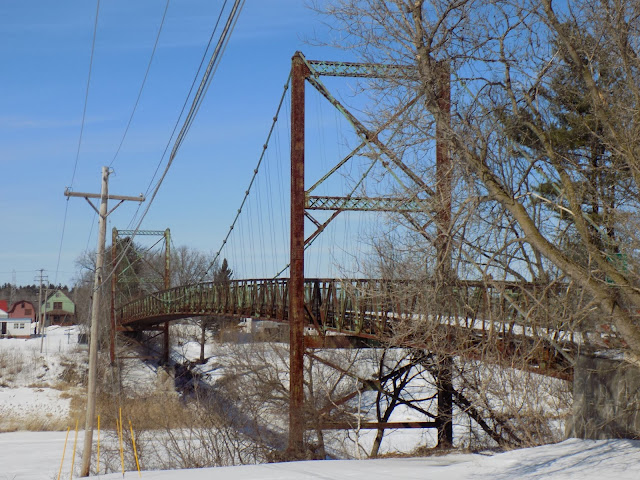 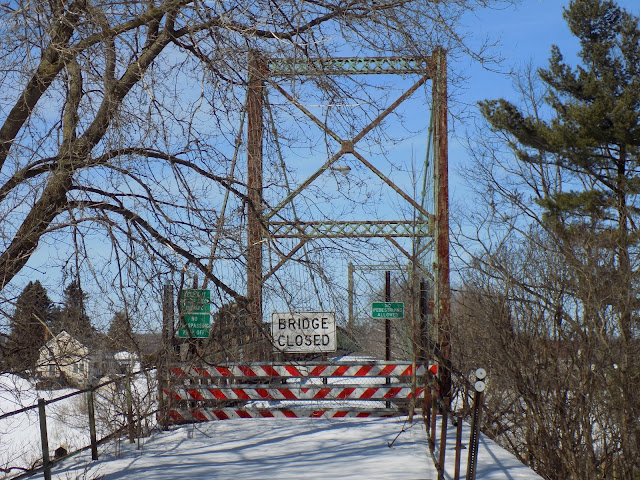 Check out this video about the suspension bridge's history, courtesy of the Massena Center Historical Society: