Bridge Monday; Old US 80 on the Gillespie Dam Bridge

By Challenger Tom October 22, 2018
Back in 2012 I visited the Gillespie Dam Bridge located southwest of Phoenix in rural Maricopa County along the Gila River. 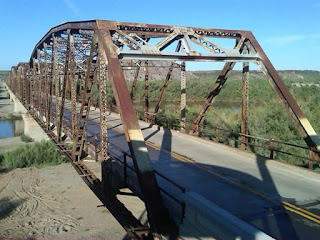 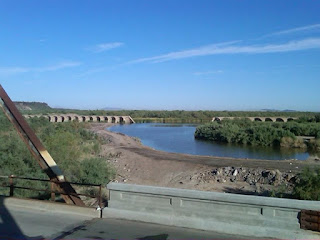 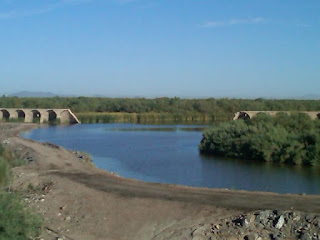 This 1927 highway map of Arizona shows the original routing of US 80.  It is unclear if the alignment if over the Gillespie Dam or Gillespie Dam Bridge.

This 1956 Arizona State Highway Map shows the shift of US 80 east to the AZ 85 corridor.