By Challenger Tom April 23, 2018
Since January the weather in California has been somewhat murky.  The winter had largely been high and dry but there was a couple months of snow followed by heavy rain.  I was able to visit Yosemite unabated by chain controls earlier in the year but getting anywhere else over 5,000 since in the Sierras was somewhat dicey.  This weekend was the first true clearing in higher elevation and that being the case I decided to visit Kings Canyon in addition to Sequoia National Parks for the day.

I started the morning on a quick climb from the Central Valley eastward into the Sierras on CA 180. 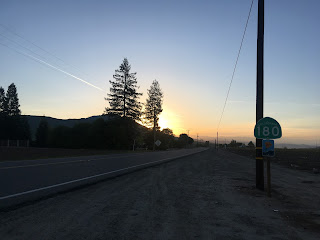 CA 180 is a fun drive uphill on a steep grade east of CA 63.  I wrote two previous blog posts on CA 180 east to Cedar Grove and the former alignment on Dunlap Road which can be found here.

My goal for the day was 8 miles hiking.  To that end I started out at familiar digs in Grant Grove of Giant Sequoias in Kings Canyon National Park.  There weren't any other people in Grant Grove when I arrived so it was a nice opportunity to try for some panoramic photos of the General Grant Tree. 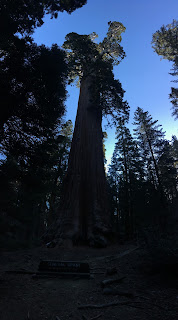 From Grant Grove I traveled to the eastern segment of CA 180 in Sequoia National Forest. 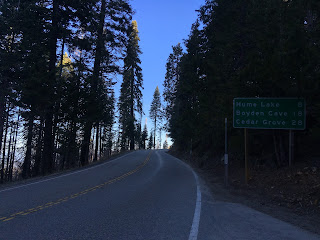 CA 180 east of Hume Lake Road was closed for the season in Sequoia National Forest.  I thought it was odd since the closure point is generally at least five miles to the east even in the most wet winters. 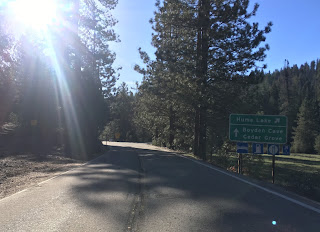 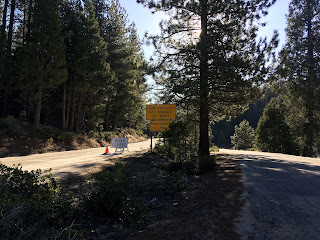 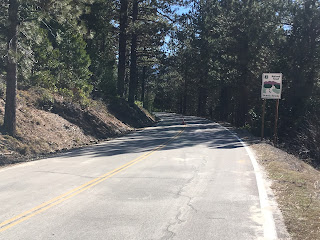 Hume Lake Road has some fantastic views of Kings Canyon.  There is a pullout that has a sandy ledge which descends down to this overlook.  CA 180 can be seen snaking below into Kings Canyon.  Interestingly there appeared to be several plow vehicles parked off in the distance above the Kings River.

I arrived at Hume Lake which has some sort of active even going on.  Then again I'm generally surprised how many people are actively at the lake even during early morning hours. 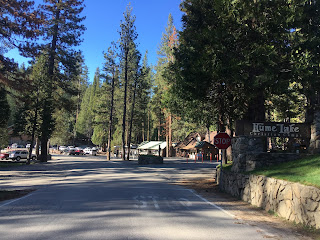 I found this odd Generals Highway shield which was definitely Forest Service sourced. 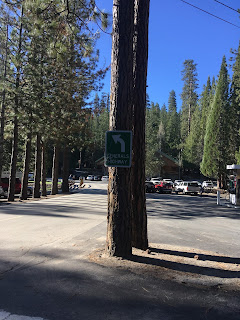 I took about a mile walk on the Hume Lake Trail to the overlook of Hume Lake Dam. 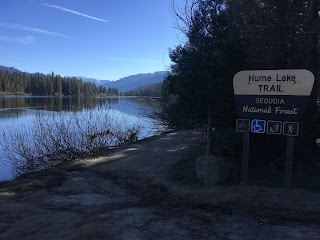 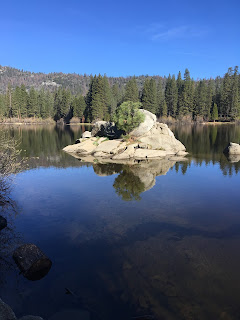 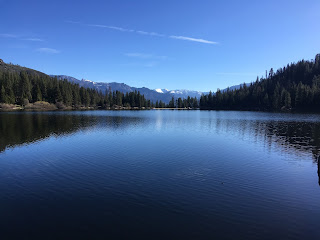 Hume Lake was originally part of the Hume-Bennett log flume to Sanger.  I spoke of the history of the logging flume last fall on this blog entry.

It wasn't exactly clear if Hume Lake Road was open through to the Generals Highway so I decided to backtrack through Grant Grove.  Ultimately it turned that Hume Lake Road was actually open all the way through.  It would seem the heavy rains in the past couple weeks have cleared up most of the snow below 10,000 feet in the Sierras. 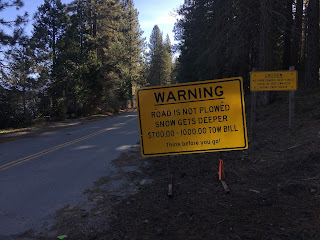 I did find a nice old button-copy sign for Hume Lake at the closure gate on CA 180. 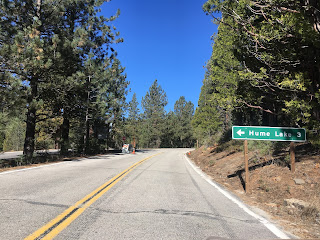 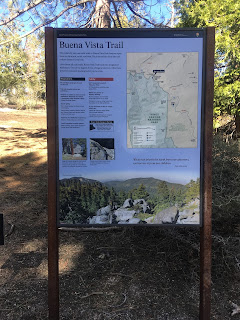 The Buena Vista Trail is a 2 mile loop to the approximately 7,600 foot Buena Vista Peak.  The very top of Buena Vista Peak offers wide panoramic views of; Kings Canyon, San Joaquin Valley, Big Baldy, and The Great Western Divide.  The trail had some snow on it but wasn't anything too difficult to traverse on the shallow incline from the Generals Highway.

South of the Buena Vista Trail I was considering either Little Baldy or Moro Rock.  I ultimately settled on Moro Rock due Crescent Meadow Road being closed which would serve to trim the crowds down.  The trail head from the Giant Forest Museum is marked but doesn't show a distance to Moro Rock which is 1.7 miles ahead. 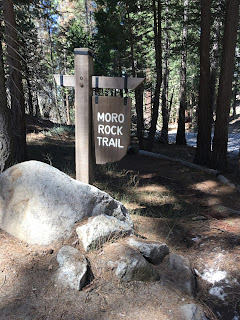 The Moro Rock Trail is substantially shorter in distance than the Crescent Meadow Road and traverses through a grove of redwoods. 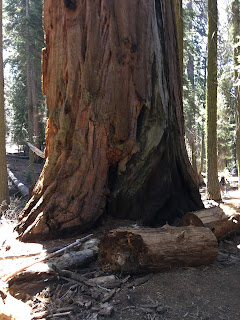 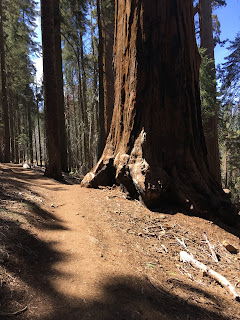 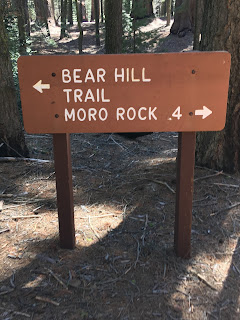 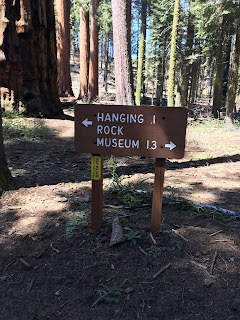 Moro Rock was largely devoid of people.  Oddly Crescent Meadow Road didn't have a drop of rain on it which made me curious why the road was still closed.  The view from the top of the Great Western Divide was spectacular with a full winter snow pack atop of it.

Return to the Generals Highway

After leaving the Giant Forest I descended down the Generals Highway to CA 198.  After crossing the Pumpkin Hollow Bridge I headed towards home. 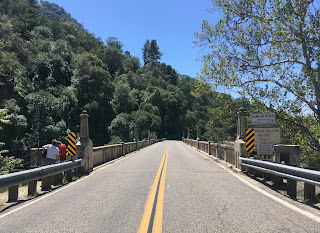