By Challenger Tom April 03, 2018
Back in 2015 I took Utah State Route 128 out of Moab heading eastward into Colorado.  In Grand County I encountered the old alignment of US 50/6 and the ghost town Cisco. 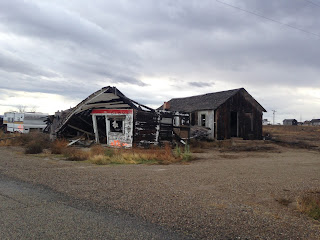 Unlike many rail sidings Cisco had a secondary purpose large natural gas and oil strikes were made in 1924.  The present location of Cisco was near one of the branches of the Spanish Trail and In 1926 US Route 50 was plotted through town.  US 50 have Cisco another reason to continue exist servicing cross-country travelers.  By 1937 US 6 joined US 50 in Cisco as it was extended to Long Beach, CA.  Cisco would remain a major stopping point on US 50/6 until both highways were multiplexed onto I-70 which was completed on a new alignment to the north.  I'm not sure the exact date of when Cisco was bypassed but I-70 in Utah was functionally complete by 1970.

As a result of being bypassed Cisco gradually declined into the ghost town it is now.  Oddly the portion of US 50/6 west of Cisco became part of UT 128 but the highway never entered the ghost own properly.  Cisco is even noted as a control city on UT 128 heading northward out of Moab.

All that is left of Cisco today is a collection of crumbling roadside buildings, homes, and machinery.  Oil derricks are still present in Cisco which gives the town an strange ambiance as they continue to churn which generates the only noise in an otherwise lifeless environment south of Book Cliffs.  What is left in Cisco is largely vandalized due to obvious lack of attention the town receives.  Thompson Springs to the west largely suffered the same fate but that is a story for another day. 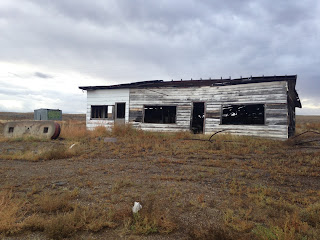 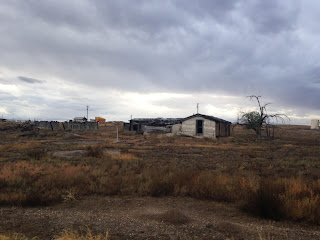 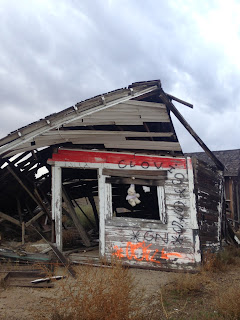 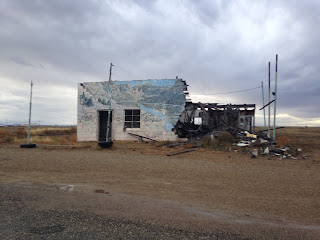 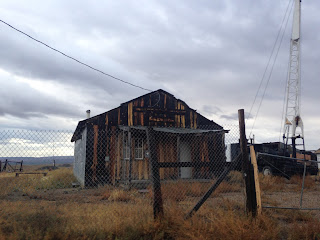 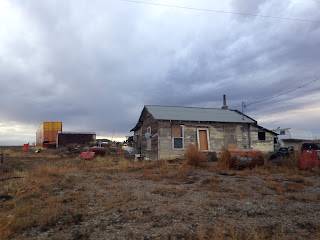 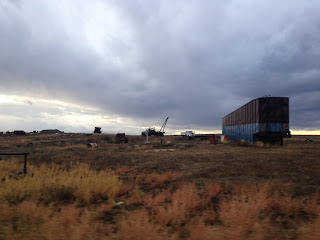 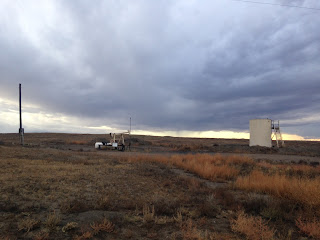