By Adam June 17, 2012
Back in October 2006, I took a vacation daytrip along the Mohawk Trail.  It was one of my favorite autumn drives.  So on our return trip back from Maine on our way to Schenectady, we took MA 2 and the Mohawk Trail, did some return visits to many of the attractions on the way, but also saw a few new items or two.

For the entire photo set from this trip, head over to flickr. 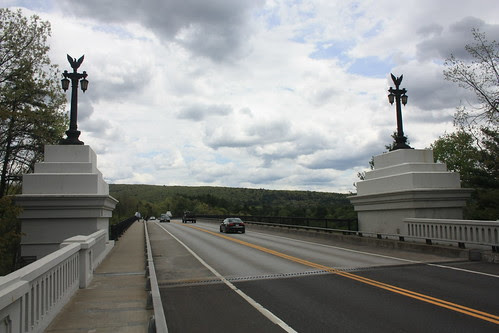 Our next stop was Shelburne Falls and the well known Bridge of Flowers. 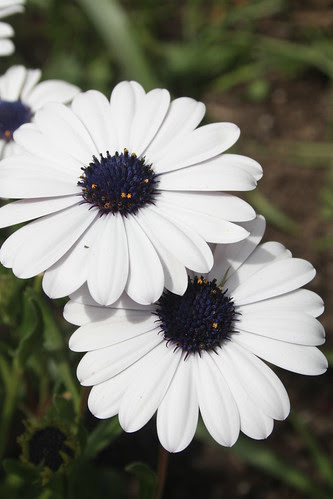 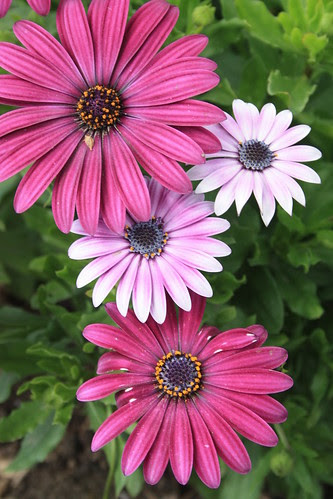 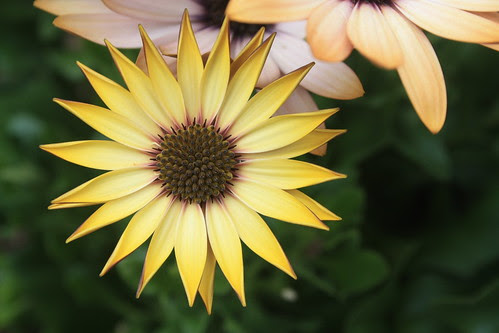 The Bridge of Flowers is a concrete arch bridge that originally served as a trolley bridge over the Deerfield River.  Opened in 1909, the bridge carried freight and passengers for the Shelburne Falls & Colrain Street Railway for nearly 20 years until the railway company went bankrupt.  It was in 1928, when members of the local Women's Club, petitioned and fund raised to convert the old trolley bridge to an open air garden. 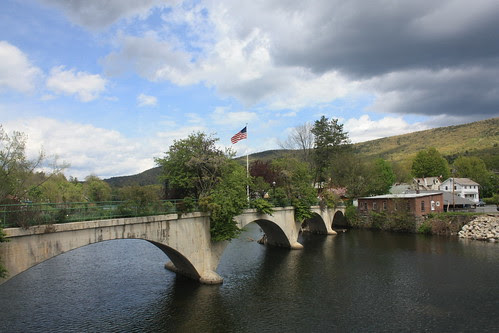 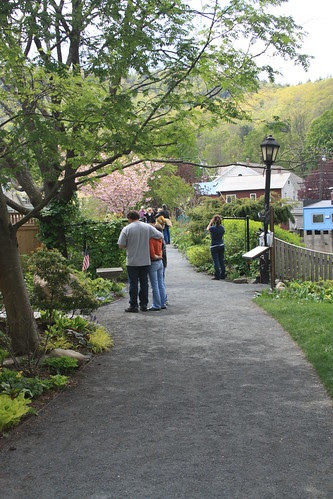 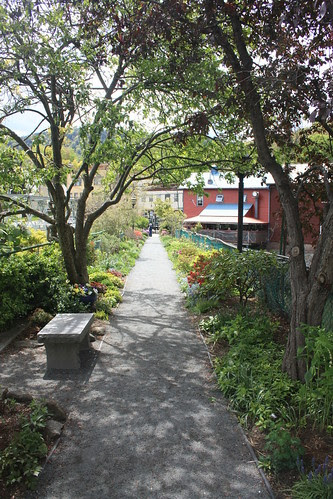 Shelburne Falls is actually the combination of the towns of Shelburne and Buckland which sit on opposite sides of the Deerfield River.  Both towns have a number of cafes, galleries, and other local businesses that keep the central areas very lively and full of local and nearby residents plus tourists from near and far. 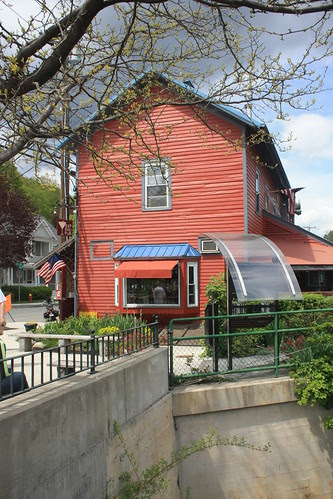 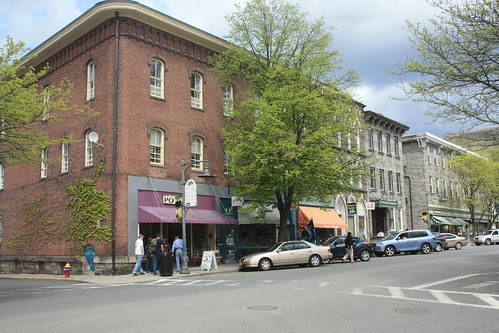 We continue east on MA 2 to Charlemont and with a turn on Mass 8A North - we come across the Bissell Bridge.  When I first visited the bridge in February 2005, it was closed to traffic with a temporary bridge in place.  Seven years later, the Bissell Bridge, built in 1951 as the second covered bridge at this site, handled vehicular traffic once again. 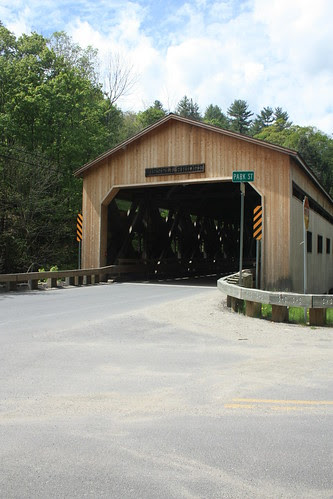 A little further east, and where the Mohawk Trail begins to exit the Pioneer Valley, sits the Hail to the Sunrise Monument.  Honoring the tribes of the Five Nations, the statue has been a popular stop along the Mohawk Trail since 1932. 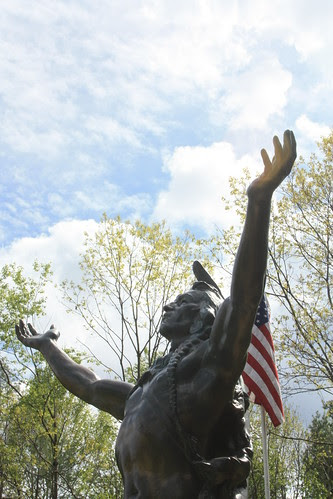 Further east, at Whitcomb Summit, sits the Elks Monument.  Dedicated in 1923, to honor members of the Elks Fraternal Order that served in World War I.  Whitcomb Summit sits at 2800 feet above sea level and the views are amazing! 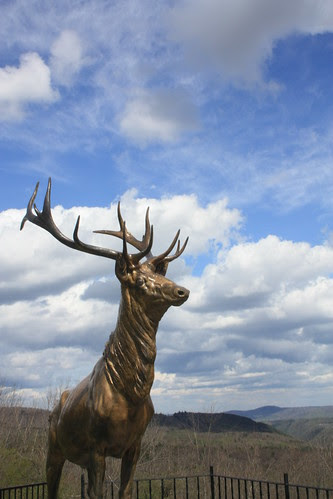 Our final and maybe the most known segment and popular stop on the Mohawk Trail is the Hairpin Curve. 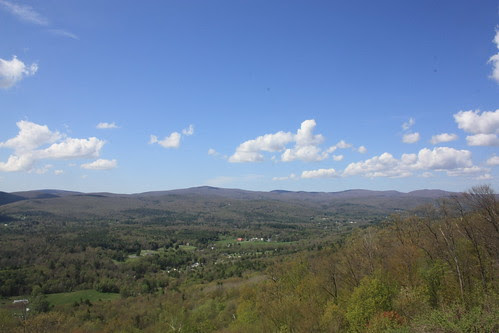 The views of the Hoosic Valley are impressive year round, but most spectacularly in the fall.  The Golden Eagle Restaurant and Lounge is a popular spot - and is one of a number of buildings and attractions that has occupied the Hairpin Curve since the road first opened in 1914. 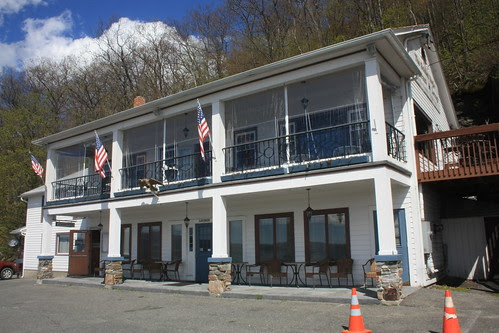 If you are ever in Massachusetts and want an alternative to driving the Mass Pike from Boston to Albany, I highly recommend the Mohawk Trail and all of MA 2.  It's certainly worth the extra time.