By Adam June 27, 2010
While the rest of the SEPA Road Meet went on a tour of various construction projects in the area, Maggie and I did a quick tour of Valley Forge National Historic Park. We didn't catch the entire auto drive tour - we had to head out to Reading in time for a ballgame - but what we did see we thoroughly enjoyed.

For the entire photo set, head over to flickr.

June 19th was the 232nd anniversary of the decampment of Continental Army troops from Valley Forge.  As a result, numerous Revolutionary War re-enactors were on the park grounds for the day.  Because the lunch part of the meet took longer than expected, we didn't get to see many of the re-enactors; however, the one that we did run into at the encampment stop was kind enough to put on a demonstration and talk to us for a good 15 minutes or so. 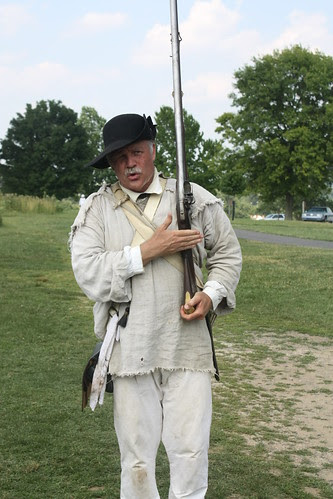 The next stop, and one of the most impressive sites at Valley Forge, is the National Memorial Arch. 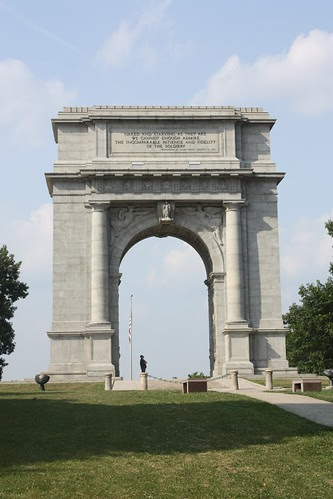 The towering triumphant arch that honors George Washington and the Army he led, was dedicated in 1917.  At the top of the arch, an inscription quotes Washington describing the sage of his men during the winter of 1777-78.  It reads:


Naked and Starving as they are
We cannot enough admire
the Incomparable Patience and Fidelity
of the Soldiery.

From there, the next stop is of a memorial statue of General "Mad" Anthony Wayne.  Wayne was born and raised not far from Valley Forge.  He was known for his hot temper and is well known for his surprise attack and victory at Stony Point, New York in 1779. 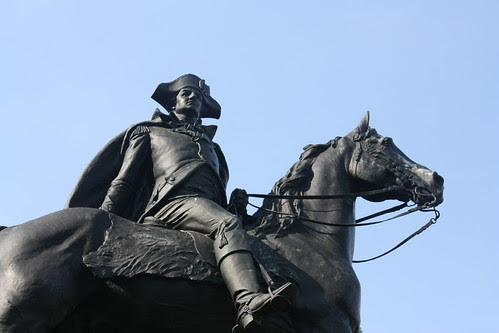 Our final stop, before we had to head west to Reading, was Washington Headquarters.  Washington's Heaaquarters is in the process of being renovated and will be one of the key focal points of the park.  The Valley Forge Train Station, built in 1913 and once a main entrance to the park, is being refurbished and will be home to a visitor's and information center focusing on the Issac Potts House - which is the home Washington used as his headquarters - and on the village of Valley Forge.  Guided tours and exhibits will also take place from the restored train station.

The Issac Potts House is where Washington located his headquarters during the six months at Valley Forge. 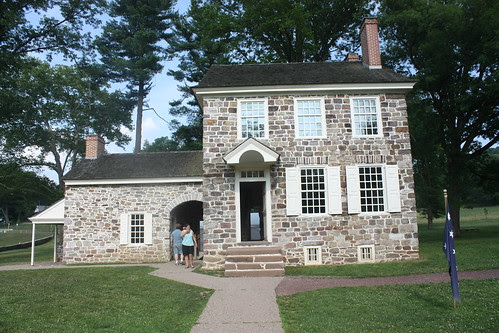 Inside the home are a number of restored rooms that show how the living quarters would have looked in 1778. 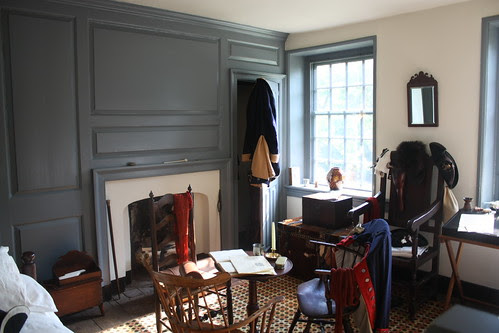 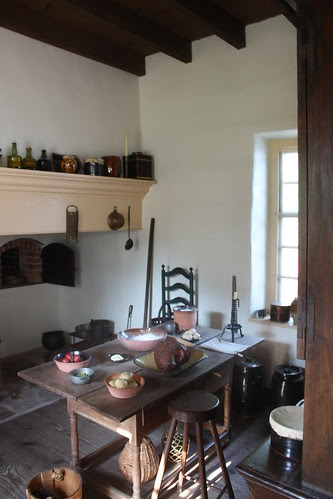 Unfortunately because of time rest, we were unable to see the redoubts, artillery park, Varnum's Quarters or the gorgeous Washington Memorial Chapel.  That'll have to wait for next time.

The amazing thing about roadtrips like these and visiting parks like Valley Forge and Independence is you begin to realize how fortunate we are to live in a country with a variety landscapes that we are free to explore and discover.  It is really a testament to the freedoms we do have as Americans.