By Adam June 30, 2010
After Valley Forge, Maggie and I were joined by Doug Kerr, Steve Alpert, Jeff Kitsko, Charles Slater, and Adam Moss for the Reading Phillies vs. the New Britain Rock Cats at First Energy Stadium in Reading.  Simply put, it was the best in game fan experience I have had at a baseball game.

For the entire set on flickr, more game action photos and plenty from inside the park, go here.

First Energy Ballpark truly does have a carnival atmosphere - from the multitude of zany mascots... 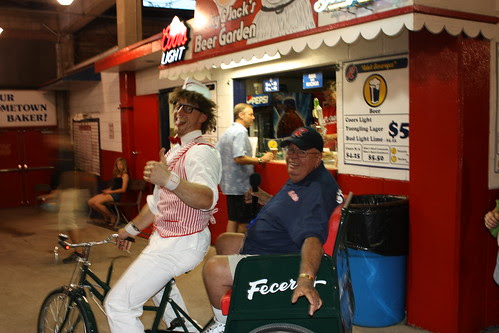 ...to the Midway concessions behind the right field line bleachers... 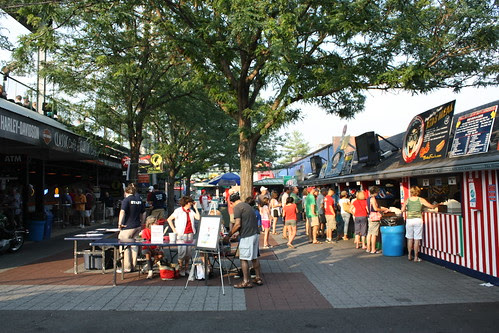 ...there's always something fun going on and to do at First Energy.

First Energy Stadium was opened in 1951 as Reading Municipal-Memorial Stadium, and with the exception of two seasons (1962 and 1966), minor league baseball has been played at the ballpark.  The Phillies have had their AA in Reading since 1967. 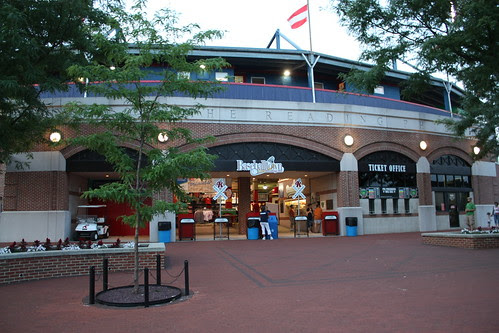 For the game, we sat in the left field bleachers, and you really can't complain about the view. 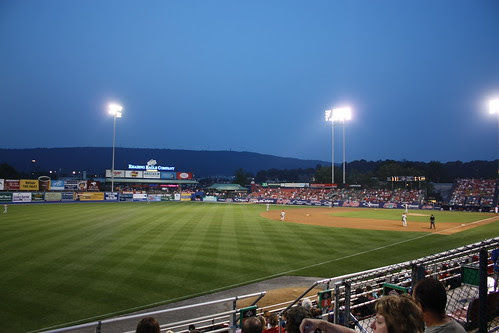 I did mention that the R-Phils have a multitude of mascots, right?  Here are two of them, Screwball and Blooper. 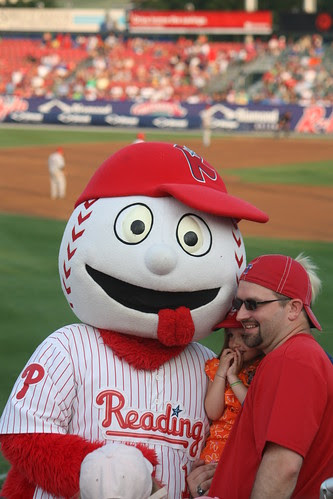 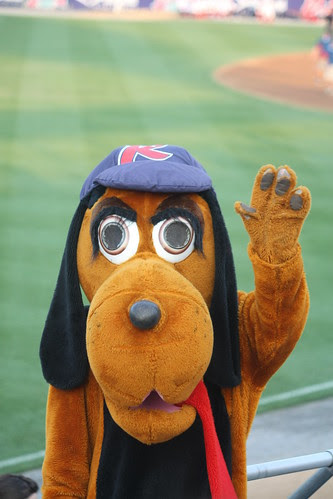 There is always something going on at the ballpark, vegetable races, kids races, family contests, you name it.  The fun is also shared by every employee at the park, there's always a wave hello and a friendly hello from the countless of folks young and old that work at the ballpark.   There's also special seats, from a pool behind the right field fence, to a party pavilion in left field complete with carnival games.

You can easily forget about a ballgame going on!  But minor league baseball is maybe baseball at its best, and it is a chance to see players "before they were stars".  One top player that a lot of the fans near us was outfielder Domonic Brown. 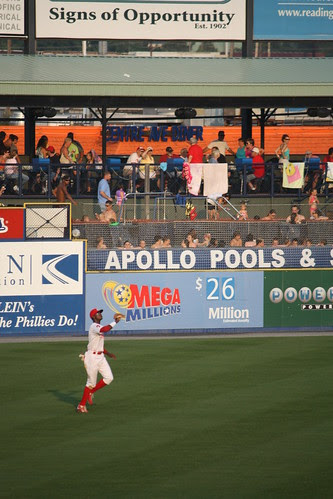 Brown is the Phillie's top prospect, and some expect him to be with the big club next year.

As for the game the R-Phils won 9-5.  After the game, the festivities continued - a performance by the R-Phils Dance Team, a contest involving fans tossing numbered tennis balls at hula hoops on the field or the bed of a truck going around the field's perimeter, and closing with an excellent fireworks show that pleased all in attendance. 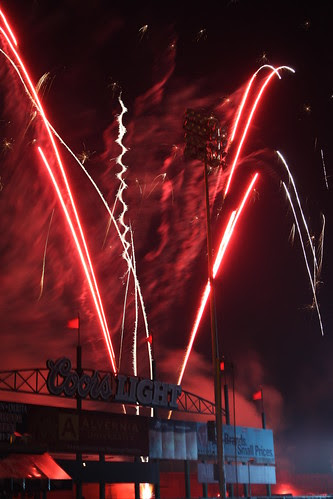 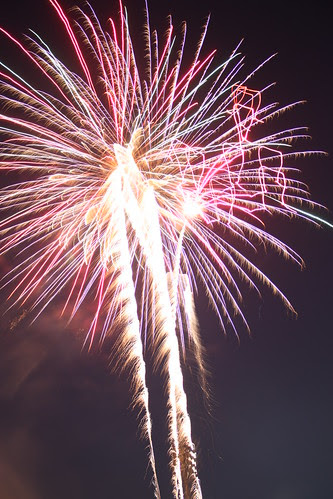 That was my first real attempt at taking fireworks photos without a tripod.  As you can tell, I need a lot of practice.  But the Reading Phillies and the crewat First Energy Stadium don't need a lot of practice in putting on a first class fan experience.  If you are ever in the Amish Country, or Philadelphia and have the time to take in a game here, you must!  You will certainly go home with a smile on your face!