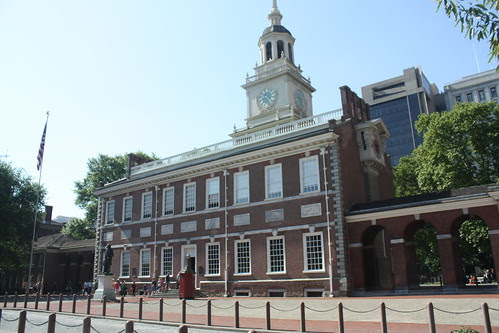 Independence National Historic Park consists of 45 acres of history at every corner.  From Independence Hall, the Liberty Bell Center, and numerous other historical buildings, statues, and park squares. 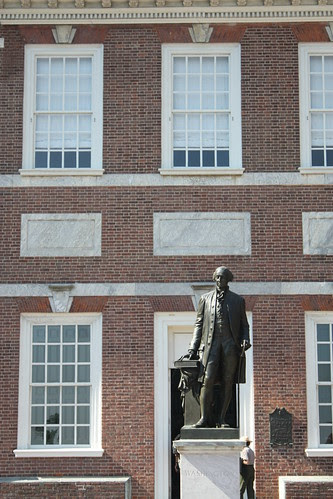 There are a number of things to know before you head into the park.  First, the ground around Independence Hall is a secured area.  You will need to go through security to see Independece and Congress Halls.  Another tip, you must have a ticket to tour the interior of Independence Hall.  The tickets are free, but there are a few things you can do to maximize your time.

We only had the morning to tour Independence National Historic Park - so the first item we toured was the Liberty Bell Center.  The tour is free - and as mentioned you do need to go through security - and how long you wish to spend there is up to you.  You can go right to the bell or take a look at the numerous exhibits along the way. 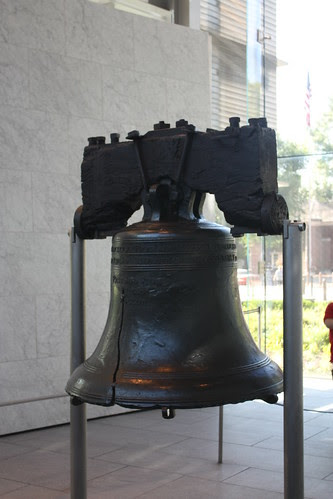 You don't realize the power of the Liberty Bell until you get up close and look at it.  It is amazing how one bell has become such a strong and powerful symbol of man's quest for liberty and freedom.  From civil rights and suffrage movements within the United States to freedom causes around the world, the over 250 year old bell continues to toll for freedom even though it hasn't been rung for nearly two centuries. 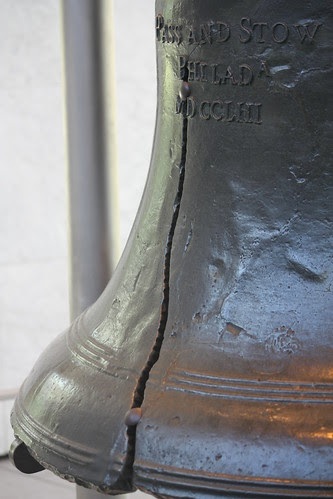 To tour the immediate grounds immediate to Independence Hall, you will need to pass through security. If you have about 30 or more minutes to kill before you scheduled tour, take a tour of Congress Hall.  The tour last 20 minutes - and it is definitely worth it - before or after Independence Hall. 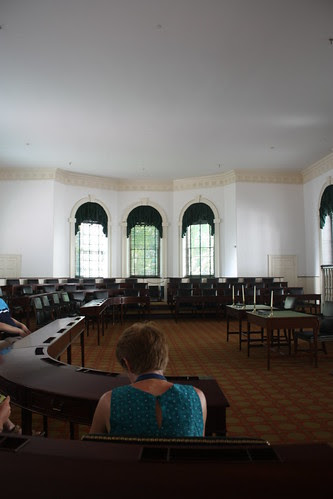 Congress Hall was originally built as the Philadelphia County Courthouse.  But it was commissioned to hold both houses of Congress from 1790 through 1800.  It was on the first floor house chamber (in the photo above) that Washington was inaugurated for his second term in 1793, and later John Adams in 1797.  But just as important, the Bill of Rights were debated and passed in the two floors of this building. 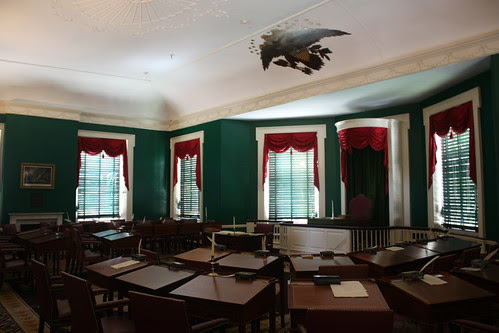 The second floor was home to the Senate (viewed in the photo above) and many of the artifacts are indeed authentic.

The courtroom for the Pennsylvania Supreme Court is where we stop next. 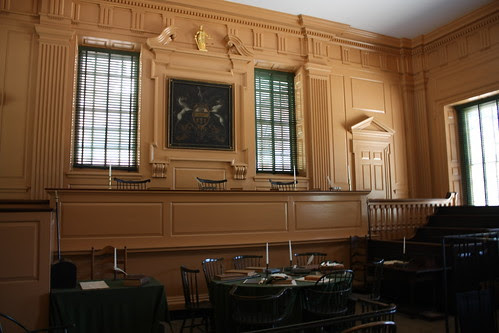 From there it was the Pennsylvania Assembly Hall.  It was here where our great nation was born.  The entire building was restored in 1950 to look as it did in 1776, and you can help but feel the history once you are inside it. 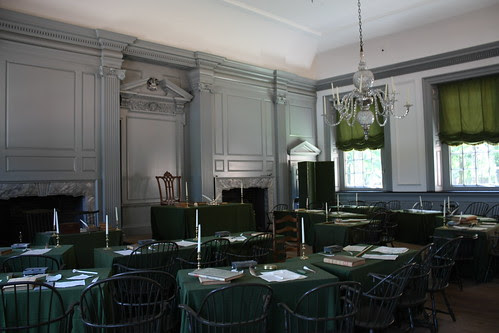 Unfortunately, we weren't able to see more that morning.  If you have more time, you want to check out the National Constitutional Center, Franklin Court, Carpenter's Hall, or the Portrait Gallery at the Second Bank of the United States.