By Adam February 08, 2010
The past six weeks have been the closest you can get to having "cabin fever" in North Carolina.  With the exception of four days, the weather since New Years has been rather dismal, cold, dreary, and wet.  So on Sunday with an errand to run, I made it a quick three hour mini trip into Franklin and Warren Counties.

I picked up a few new crossroads for that project, and I only took under two dozen photos.  But sometimes, there's a photo or two that makes a trip like Sunday's worthwhile.  Along NC 43 in the tiny community of Arcola is an old abandoned general store. 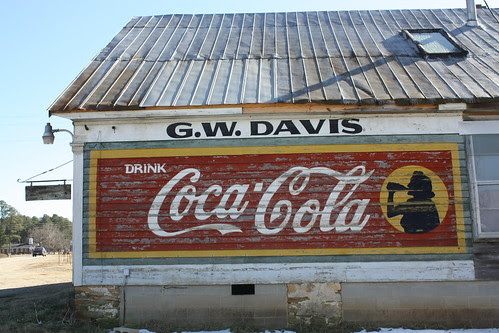 G.W. Davis General Store, which as I found out from a few locals that were at Arcola Grocery across the corner, closed about 15 or so years ago.  It was a true country store - there was a post office, grocery, hardware store, and even clothing store all there.  And as the gentleman from Arcola said, "Most likely they still have most of those goods still locked up inside." 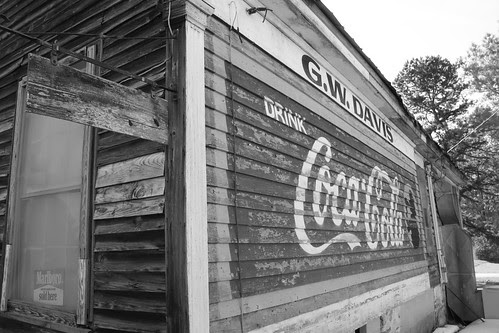 Little finds like G.W. Davis General Store is just a reminder why I do enjoy this hobby.