By Adam June 17, 2007
Took a drive to the heart of the state Saturday to Pottery Country to get birthday gifts for Mom and Erin.

Notes:
It's hard to believe that a road like this was built as a "Super-Two" fifty years ago. 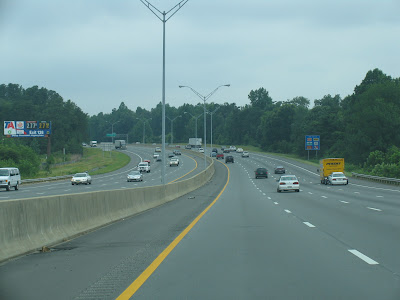 Seagrove is the heart of Pottery Country. And within a mile drive from the US 220 freeway to the NC Pottery Center and Museum there had to be at least a dozen different pottery shops. The NC Pottery Center features the work of various local potteries and others throughout the state. There is also a $2 admission to tour the museum which shows numerous samples of work. It is amazing to see some of the creations and how they are made. 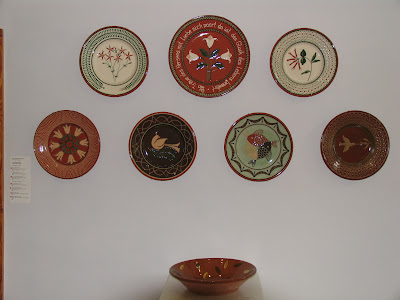 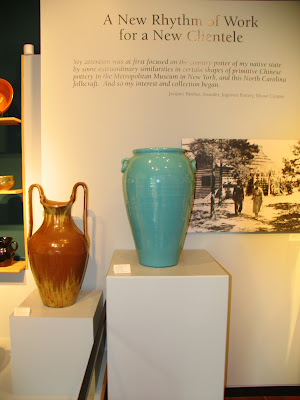 After seeing a few other shops, I headed south on US 220 Alternate. Came across the first of a few surprises just south of Seagrove. First an old alignment of US 220, known as Asbury Church Road, that has been severed by an access road (Black Ankle Road) to the US 220 Freeway. It appears that there are quite a few of former US 220 alignments in the area to explore. 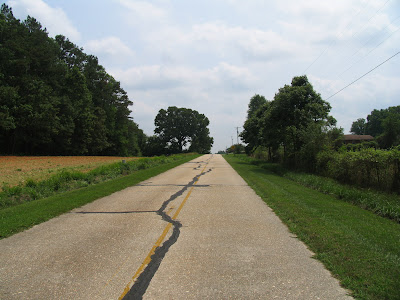 Below, you can see the other segment of Asbury Church Road (Old US 220) across the barrier and Black Ankle Road. 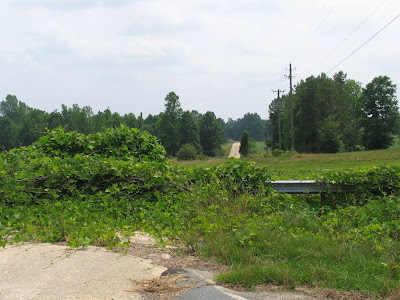 US 220 Alternate is a trip through the past. Tiny crossroads -- like Ether shown below -- are throughout. 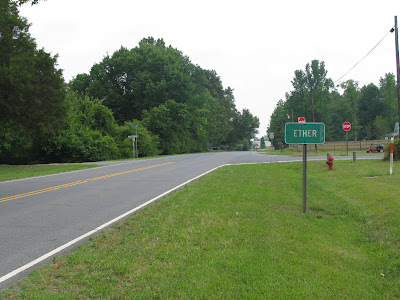 Or the shell of former towns, like Star. While driving through and seeing the number of abandoned brick storefronts through the heart of this tiny town, I wish I could have had the opportunity to drive through fifty or more years ago when things were much more active. 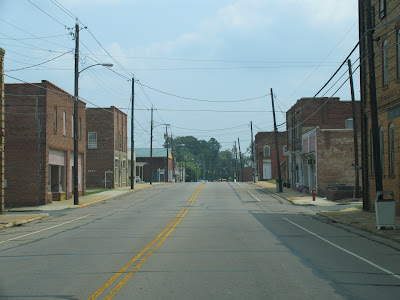 Another idea came through this trip and it is a project I may take up. But I've always wanted to document the small towns and rural crossroads within North Carolina. I took other photos in case I ever start that endeavor.

There's a By-Pass NC 109 in Troy. Although it's not much of one. It's just a two lane surface road with a number of homes that NC 109 was put on to avoid downtown Troy.

I took NC 109 as far as Eldorado where I then took some backroads through the Uwharrie Mountains (they aren't real mountains now but years ago they were over 20,000' tall). Following Low Water Bridge Road (a dirt and gravel one lane road that winds its way down to the Uwharrie River), I came across what the road was named after. A one lane wooden bridge that couldn't be more than two feet over the surface of the river. Many of the secondary roads I took through the National Forest had great scenery. Here are a few examples. 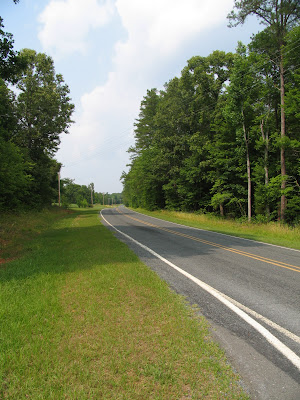 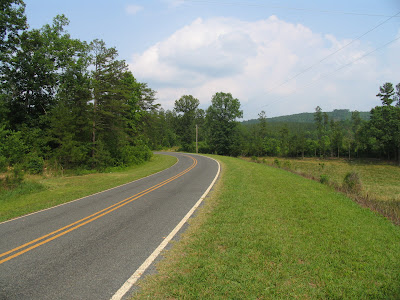 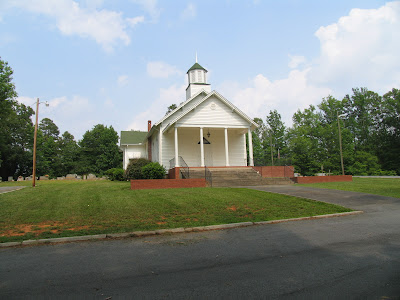 It took me a little bit of time to locate the Pisgah Covered Bridge. (I was reversing a course of a scenic driving book, and there was one error in the book. She had the wrong secondary route number 1110 vs. 1310. But anyways...) I did make it to the Pisgah Covered Bridge and was pleasantly surprised to see that it was a small park Complete with a small nature trail that gave various views of the bridge. 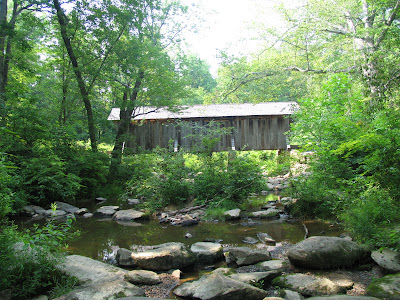 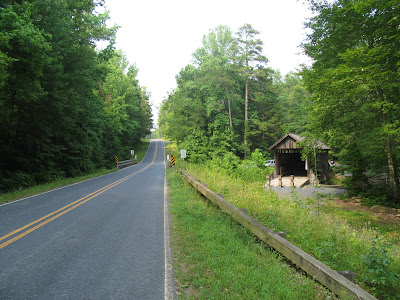 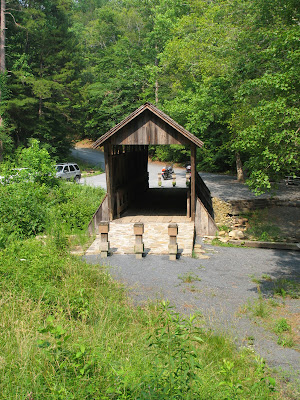 Of course what did I accomplish? I added new mileage to US 220 Business and US 220 Alternate and NC 109. But the idea on the crossroads and small towns is something I think I would enjoy greatly. Let me know what you think on that!