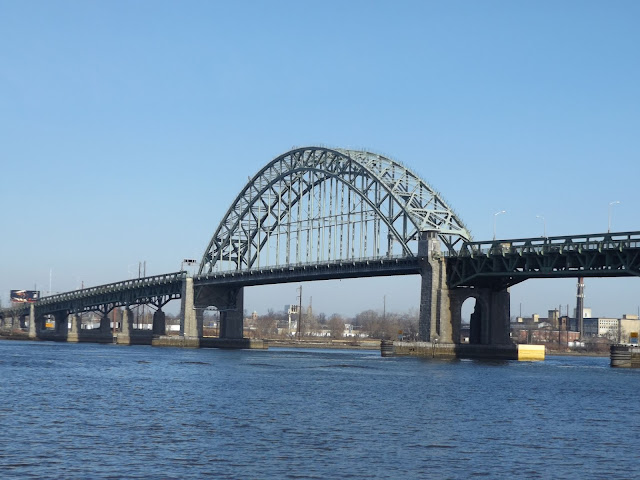 Spanning the Delaware River between the neighborhood of Tacony in northeast Philadelphia, Pennsylvania with Palmyra, New Jersey, the Tacony-Palmyra Bridge was initially constructed in order to fulfill a glaring transportation need, which was to have meaningful crossings between Philadelphia and Trenton. At first, there was a car ferry between Tacony and Palmyra starting in 1922, with ferry slips built close to trolley lines on the Pennsylvania side of the river. But that soon proved to be quite popular and within a few years, there was a desire to replace the car ferry with a bridge at the same place the ferry crossed the Delaware River, further connecting northeast Philly with South Jersey.

It was in 1928 when local investors hedged their bets on having a tolled bridge built at the ferry between Tacony and Palmyra and formed the Tacony-Palmyra Bridge Company. The company hired  engineer Rudolph Modjeski, to design the bridge. Modjeski also designed the Manhattan Bridge and the Benjamin Franklin Bridge. Construction began in February 1928 and the new bridge opened to traffic in August 1929, a mere 18 months and $4 million dollars later. At the time, the toll was 35 cents and an average of 3,500 cars a day made the trip. In five years, the number of vehicles doubled. Today, the bridge has a $4 cash toll and $3 E-ZPass toll for Pennsylvania bound traffic. Approximately 70,000 vehicles per day use the bridge. The Tacony-Palmyra Bridge was privately owned and operated until 1948, when the Burlington Bridge Commission purchased the bridge. At one time, the bridge carried the eastern terminus of US 422, but today is designated as part of PA 73 and NJ 73.

The Tacony-Palmyra Bridge has a total bridge length is 3659 feet while vertical clearance under the main span is 61 feet at high tide. While the most visible part of the bridge is an arch, there is also a 260 foot long bascule span with counterweighted decks that pivot upwards to allow shipping to pass underneath. The drawbridge design was a political compromise in order to minimize construction delays and reduce costs. It is an attractive bridge and on a clear day, you can easily see the skyline of Center City Philadelphia. I've taken some photos of the Tacony-Palmyra Bridge from the bridge itself, along with some photos taken at the Palmyra Cove Nature Park on the New Jersey side of the bridge. 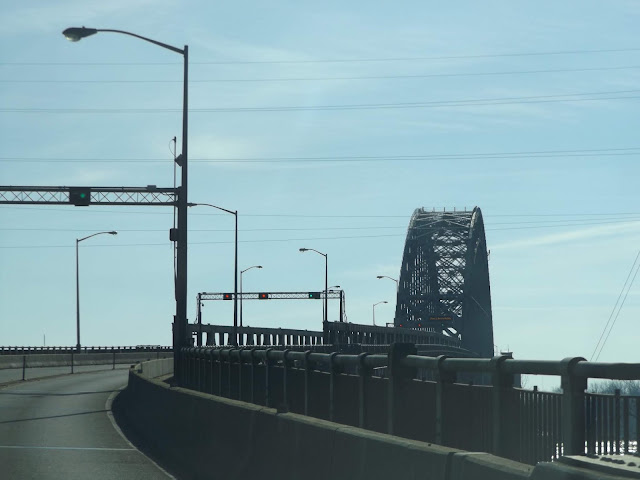 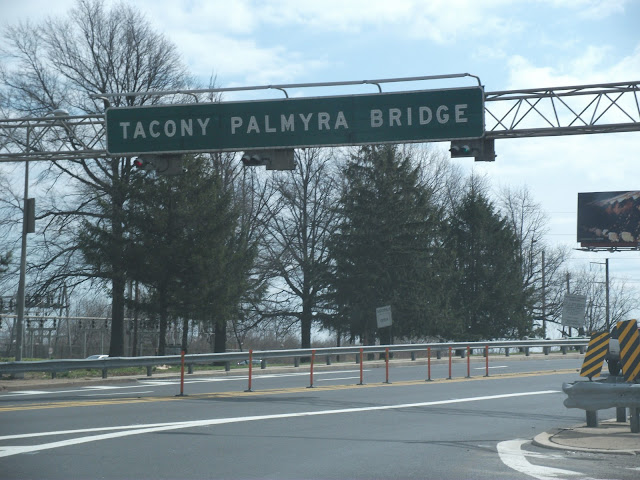 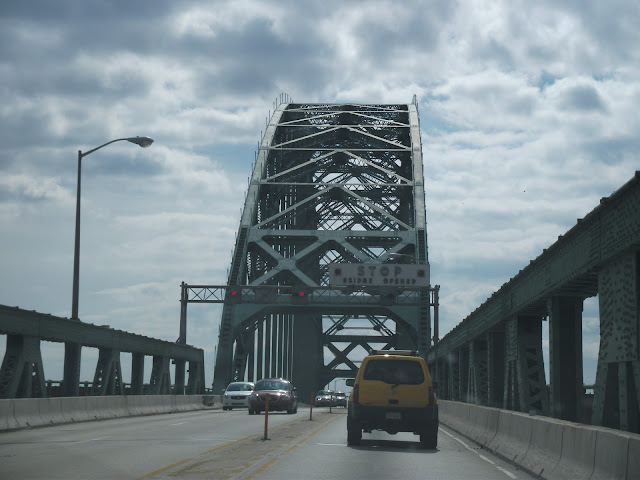 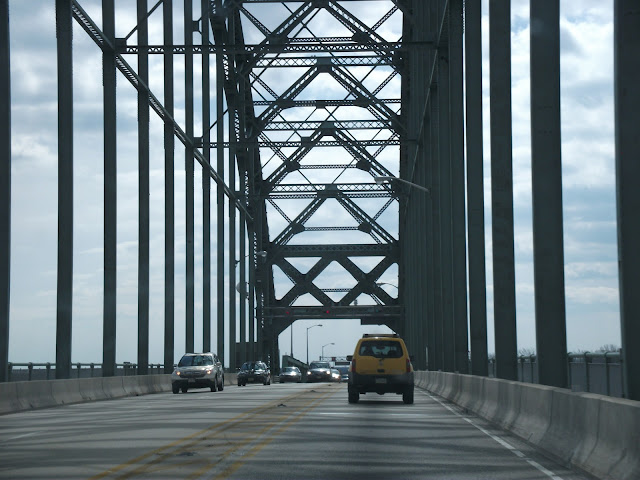 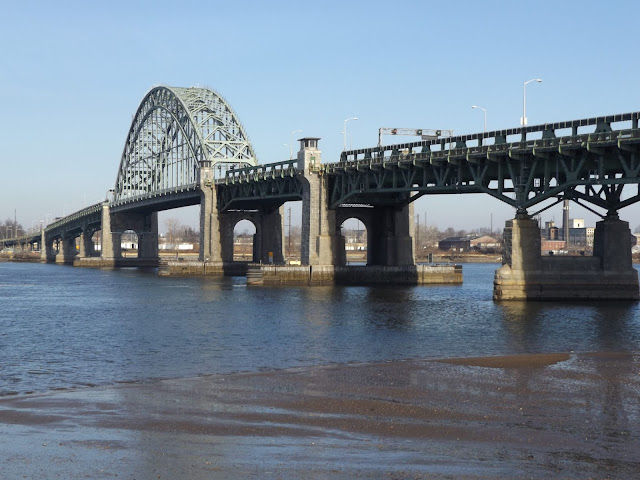 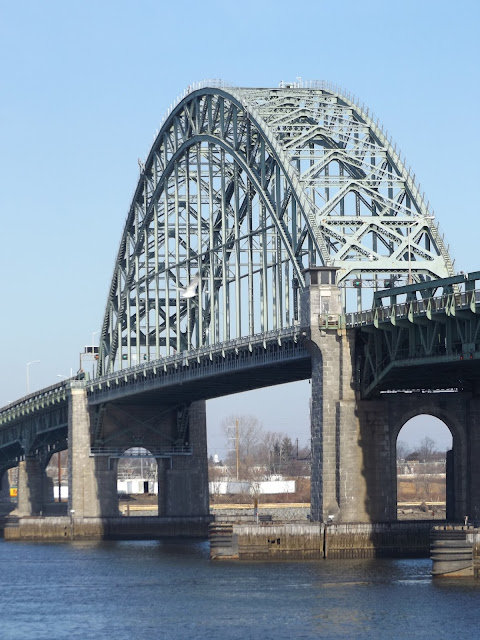 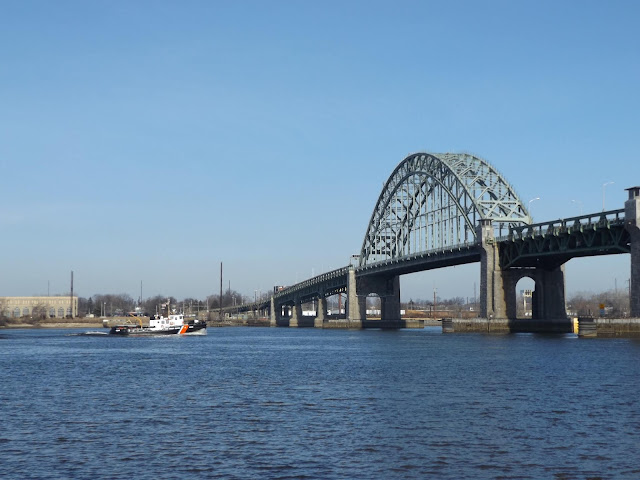 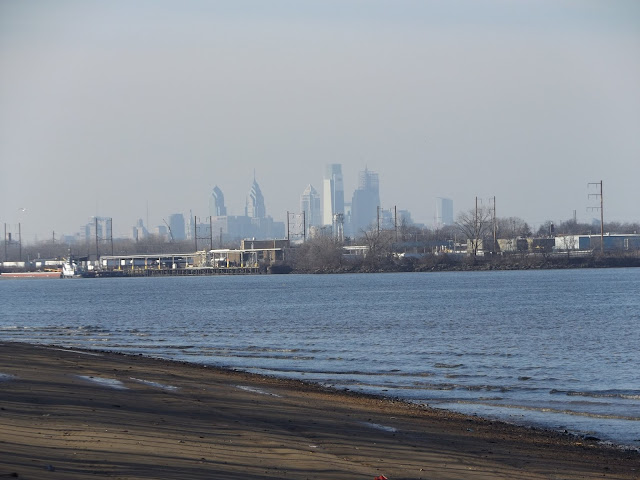 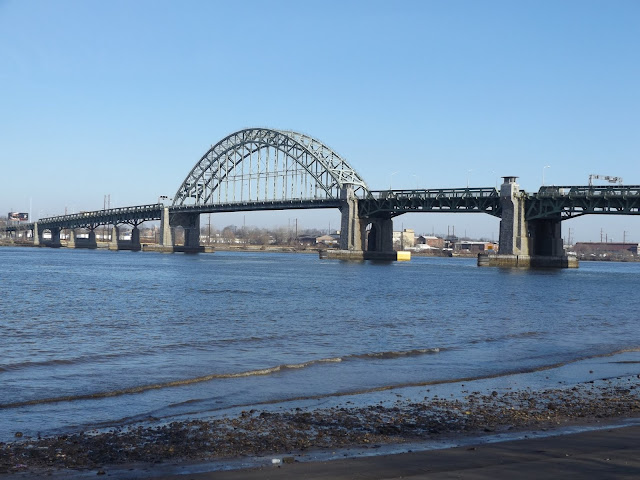 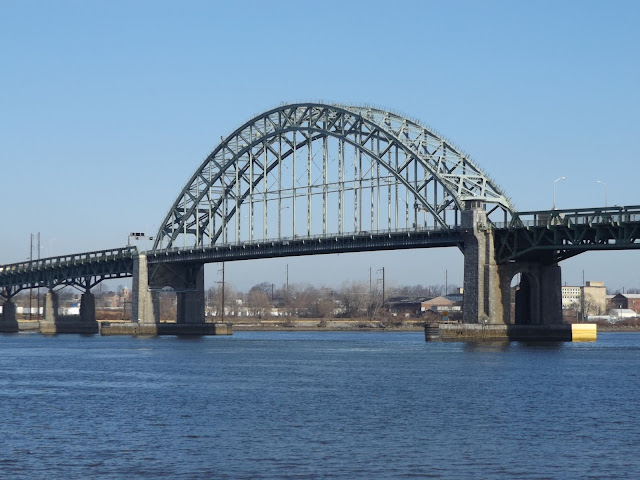