By Adam December 16, 2011
It's been nearly 20 years since we've seen this number on a North Carolina highway. 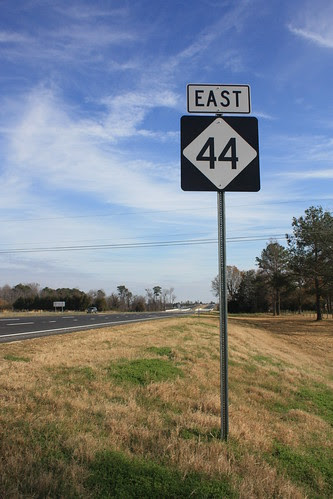 This version of NC 44 won't last more than a decade either.  When the entire bypass is complete - most likely in 2016 - US 70 will move onto the new bypass.  This might me a first, as I don't know of any other new highway in North Carolina receiving a temporary number - only to be redesignated another route number when the highway is completed. I-795 North and South will have flyover ramps connecting to the bypass - while NC 44 will have conventional ramps to the Interstate. 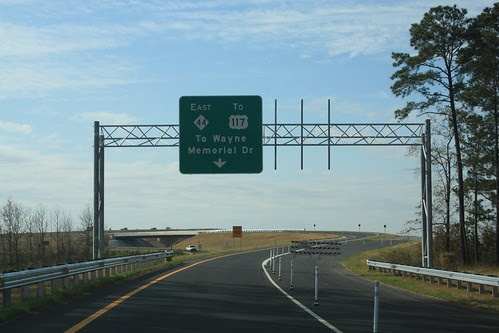 The milemarkers and exit numbers for NC 44 follow US 70's mileage.  Hey, it's one less thing to change when 70 moves onto the bypass. 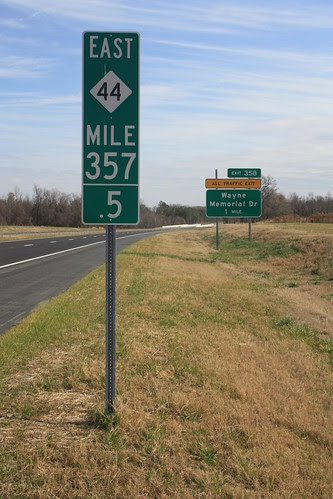 This is looking east from Wayne Memorial Drive.  Construction to continue the bypass east towards US 13 and then join back with the current US 70 near LaGrange should be gin late in 2012 or early 2013. 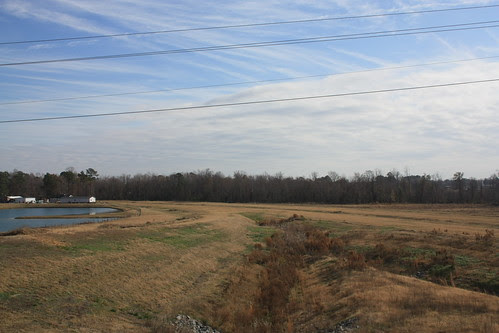 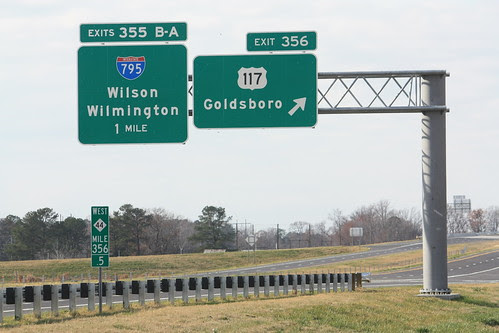 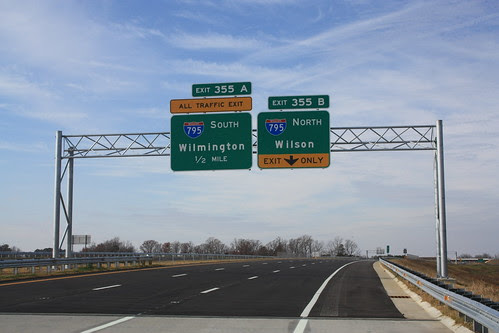 Finally, on US 117 at NC 44 a few different type of signs that haven't been common in NC.  First, this sign at the interchange.  I really like this and hope more interchanges at the state will use these. 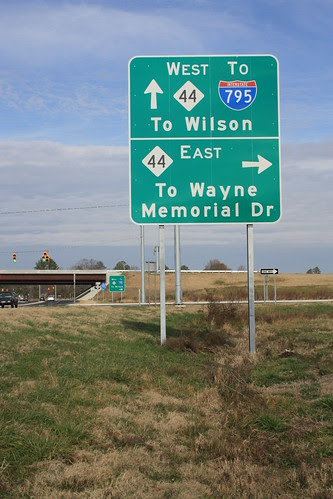 There are also - a first I think for the state - California style 'Freeway Entrance' signs at each ramp on US 117.  I didn't notice this until driving home Friday night and it was dark so I am going to try and get a photo of it next week.

Bob Malme said…
Great photos. Wondering about the use of a temporary NC number as well. Why a number here, but not, for example, around Sanford where most of the future US 421 Bypass is open except for connections to the original route at both ends. About the same length, but no number.

Perhaps, like the signage at the US 117 ramps, it is a new policy that will occur again at future incomplete, yet open, bypass highways as well. Guess time will tell.
9:40 PM