By Doug December 15, 2011
Due to significant damage caused by Tropical Storm Irene in late August, a portion of MA Route 2 connecting the towns of North Adams, Florida, Savoy, and Charlemont in northern Berkshire and Franklin counties was closed. Because MA 2 (Mohawk Trail) is a major connecting route between the communities in the area, it was imperative to reconstruct the damaged portion of the roadway in a quick fashion. Construction had to be done from the base up. As a result, this section of MA 2 has finally reopened to traffic, effective December 15, 2011. This is one of the final stretches of roadway that has reopened to traffic after being damaged from the remnants of Hurricane Irene. 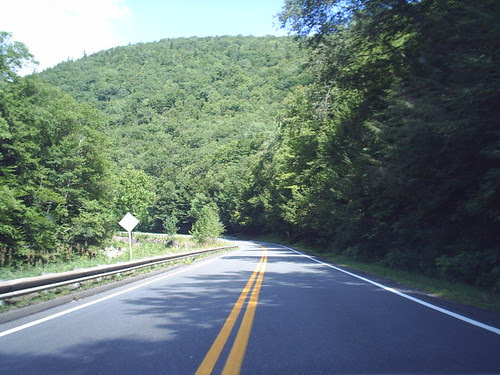 2005 Doug Kerr photo from the aforementioned stretch of roadway.