By Adam July 22, 2007
This past Tuesday, some friends from work and I went to watch the Carolina Mudcats play the Montgomery Biscuits. Within the roadgeek hobby, this may be one of the most hobby friendly stadiums there is as the Mudcats play in Five County Stadium. The stadium is located in the most eastern point of Wake County. And very close-by is Franklin, Nash, Johnston and Wilson Counties.

The Mudcats also use highway friendly terms for promoting their team. They call the new US 64 Knightdale Bypass the "Mudcats Expressway" and of course they just tell everyone to look for the giant watertower baseball.

Anyways, storms threatened most of the game but we were lucky enough not to get the worst of the weather until after the game. Here are a few shots. 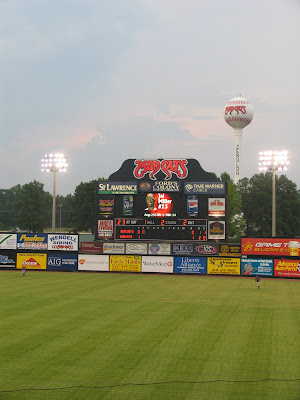 One of the things I like the most about Five County Stadium is that has a 'Field of Dreams' like quality to it. Something about going to watch the Mudcats on a lazy, muggy, summer evening that makes it enjoyable. Maybe it's that you are just far enough from the city to enjoy a clear (although this night it wasn't) evening. 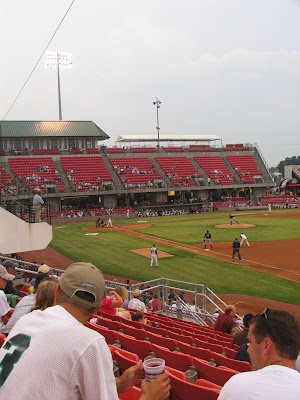 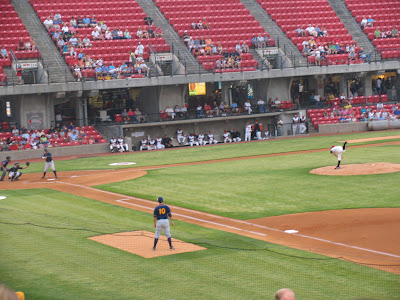 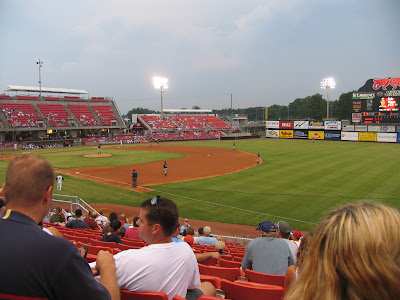 The seats didn't afford the best camera angles...but it was a great time. $1 hot dog night too. Thursday's are $1 beer night. :-p 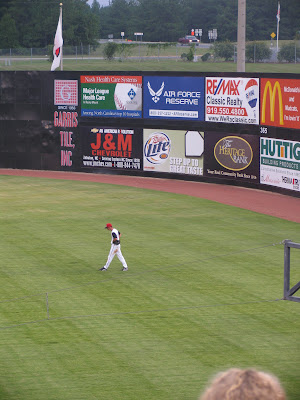 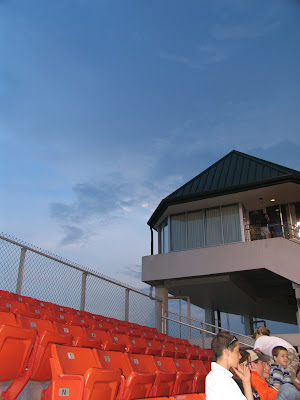