By Adam May 18, 2007
Took a brief trip after work today. I just wanted to check out a former alignment of NC 10 (Central Highway), and I found a few surprises on the way.

Sometimes you have a hunch that you may find an old sign at a specific place or down a specific road. Well, I had a hunch that there may be an I-85 North Carolina shield on the roads around Exit 164 in Hillsborough. So I stopped for gas, and I played the hunch right. 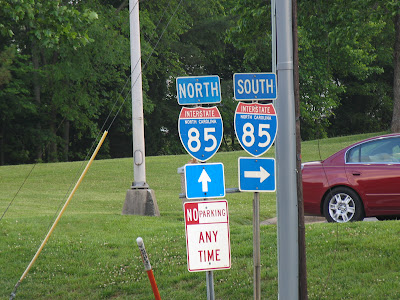 Then came one of the oddest signs I have ever seen. If you exit I-85 at Exit 161 (US 70/Truck NC 86), the road there is called the I-85 Connector. (Note: Years ago this is where the US 70 expressway - the predecessor to I-85 - returned to the two lane highway west of Hillsborough). 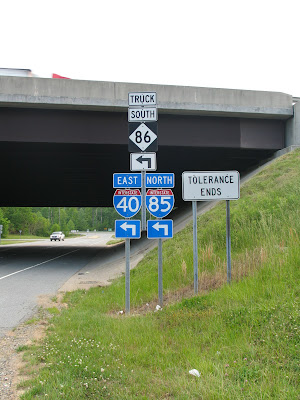 "Tolerance Ends". Now some of you will make wisecracks about North Carolina here...but all joking aside. What the heck does Tolerance Ends mean?

The I-85 Connector ends at Dewey Rd. and West Ten Road. Turn right onto West Ten and you are on the Old Central Highway. This section has a different feel than the part that runs from Hillsborough to Durham. 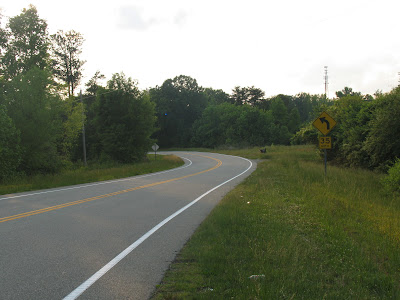 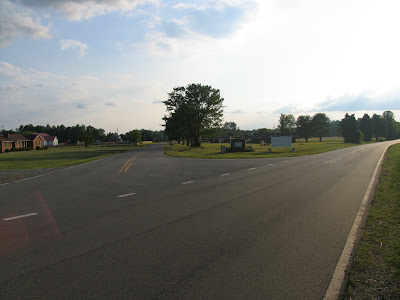 I took the left onto Bowman Road. Just before entering Alamance County, Bowman Road has a quiet crossroads with Ben Wilson Road. 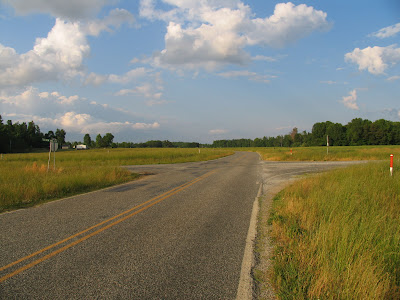 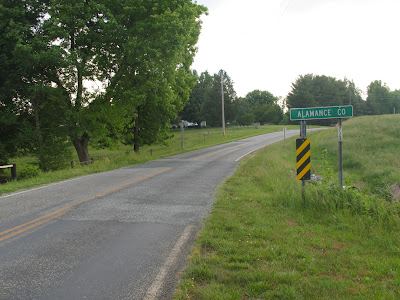 The widening of I-40 and 85 nearly a decade ago severed Old Ten as it would head back to Hillsborough. So I took the I-85 connector to Ben Johnson Road which connects to old Ten and winds into Hillsborough. Near the center of town, Old Ten crosses under the Norfolk Southern. 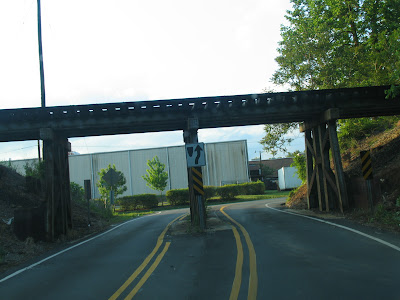 This is a bit different than the three railroad overpasses on the Eastern Orange County section. What's different about this one is that one of the piers supporting the bridge is in the middle of the street.

Off of NC 86 and just south of Downtown Hillsborough is a very simple but very elegant 85 year old bridge over the Eno River. I'm fairly certain this was part of Old NC 10. 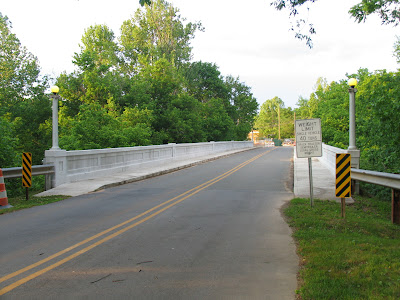 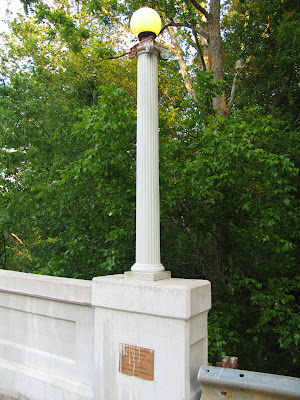 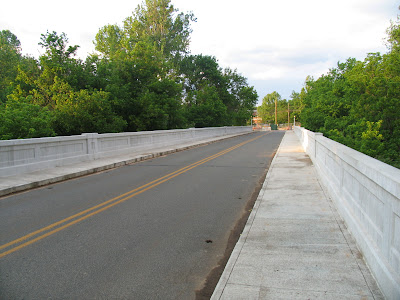 If you look closely at the photo above, there are holes straight through the pavement where you can see the ground below. I wonder if this bridge originally had a truss span on top. Otherwise it is an early concrete slab bridge.

It was a great late afternoon trip and a good way to wind down after a busy week of work. I need to go back and take some more photos and do some research in and around Hillsborough and get some more photos of the Eno River Bridge.

Anonymous said…
Tolerance, in this case, refers to the extra 5 or 10% that a state trooper may allow a truck (an 18 wheeler)to be over maximum weight limitations. Tolerance is generally permitted on major highways, and in the picture with the "Tolerance Ends" sign, you can see that 86, 40, and 85 turn/exit. The sign indicates that tolerance ends at this point in the road because the highway doesn't continue straight on.
12:51 PM