By Adam May 28, 2007
With the next segment of I-540 about a month away from opening to traffic, I took a small ride out to Western Wake County and took a look at the highway before it opens.

Note: The official exit number is within the parentheses. An error in signing plans caused the exit numbers to be 20 miles off. 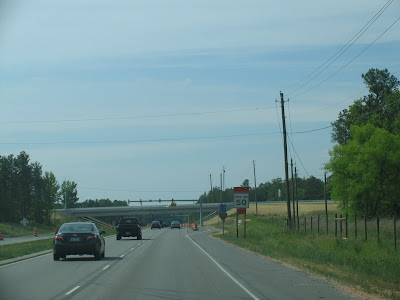 Approaching I-540 from NC 55 West in Morrisville. 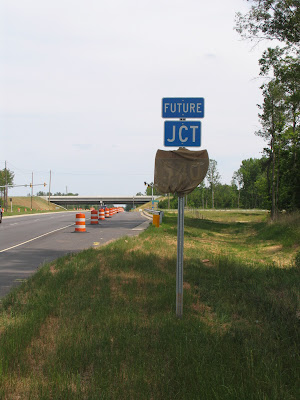 This time I am on NC 55 East at the interchange. I-540 will include the 'Future' designation. This is because of a rule that says Interstates must end at a National Highway System (NHS) route. NC 55 obviously is not a part of the NHS.

This exit is an expansive Y-shaped interchange linking I-540 to the heart of Research Triangle Park. The interchange flows into Kit Creek Drive which provides quick access to Davis Drive. 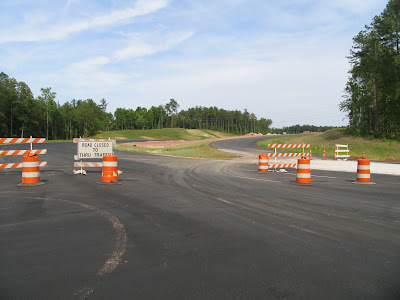 Kit Creek Drive ends as the ramps to/from I-540 begin/end. 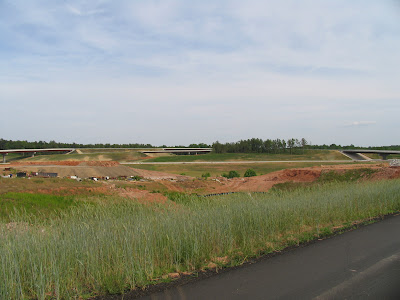 A wide view of the expansive I-540/Davis Drive Interchange. 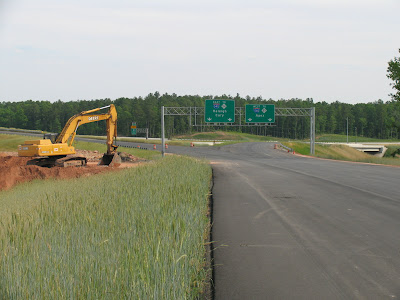 Folks leaving RTP to get on I-540 will come to this split on the on ramp. What's interesting is that the 'Future' tab is missing here. 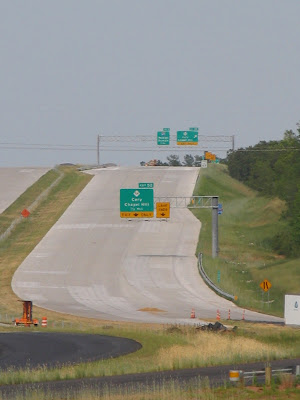 The last of the three new exits for I-540 will be for NC 54 just on the Northeastern edge of RTP. Unlike the interchange at NC 55, signs aren't up for I-540 nor is the highway opened to four lanes. 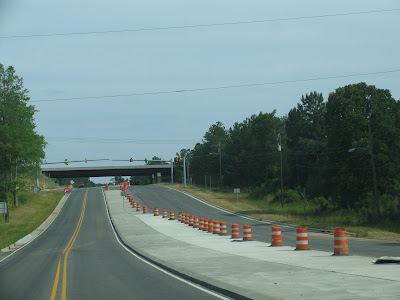 Heading east on NC 54 approaching the I-540 interchange. The new travel lanes on the right aren't quite ready for NC 54 East to move onto them. The interchange with I-540 will be a partial cloverleaf known as a folded diamond. 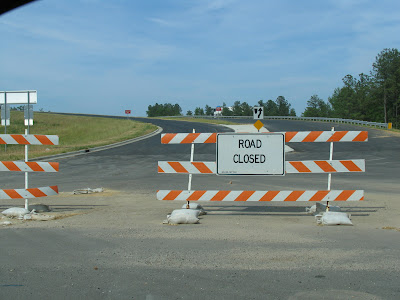 Anonymous said…
Nice pics! Any sign that they have started land purchase for the next part of the western leg?
10:12 AM

Adam said…
There hasn't been any, yet. Once and if the NCTA gets funding from the General Assembly, the land purchases on the Western Wake Expressway will begin.
11:34 PM