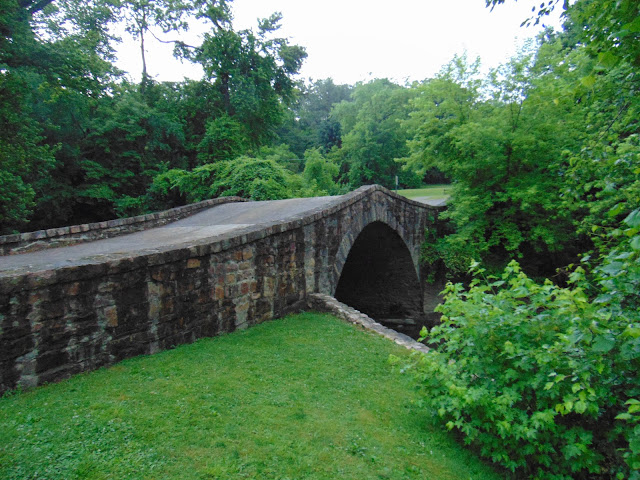 One interesting feature of the Old Stone Arch Bridge is that the arch does not have a keystone. The bridge has lived a rather quiet existence over the past few centuries, but the bridge was brought a small amount of renown when it was featured in a lithograph by Currier and Ives in 1850. The bridge had repair work in 1930 and 1957, and was fully restored in 2006.

Regarding the restoration that took place in 2006, the ball started rolling on that a few years prior. In 2002, Mifflin County was awarded in 2002 a grant from the Pennsylvania Department of Transportation to make structural repairs to the Old Stone Arch Bridge. Final plans for the bridge were completed and approved in 2004 and project construction began in June 2005.
The work on this historic bridge included repairing the concrete walls and stone arch, reinforcing the concrete substructure within the bridge's walls, installing an interior drainage system and constructing a walkway from Jacks Creek to the bridge. The total final cost of the project was about $460,000. Work on the stone arch bridge was completed in November 2005 while landscaping, bank stabilization, and walkway improvements along Grant Avenue were completed in May 2006.

Today, there is a small park around the Old Stone Arch Bridge, allowing for passive recreation and appreciation of the bridge. One can peacefully enjoy the bridge from a reasonable distance, or get up closer to the bridge as I have done. As a fan of stone arch bridges, I had to make the detour to see the Old Stone Arch Bridge when my travels took me through Lewistown. Even with battling a little rain and hearing thunder in the not-so-far distance, it was worth visiting. 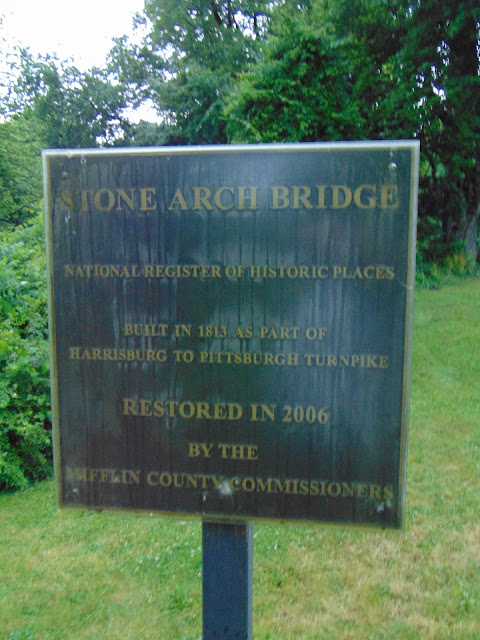 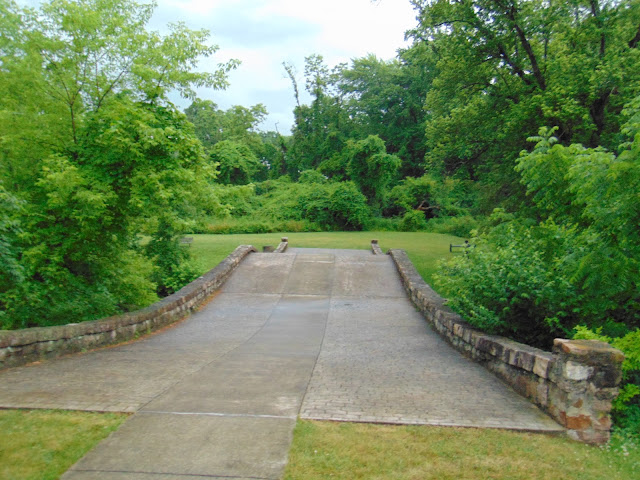 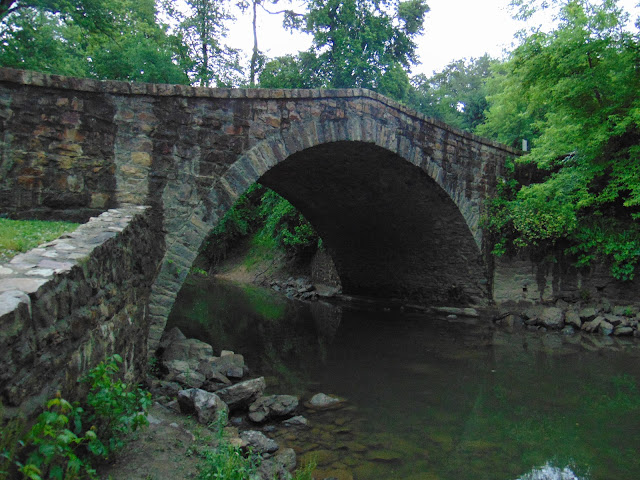 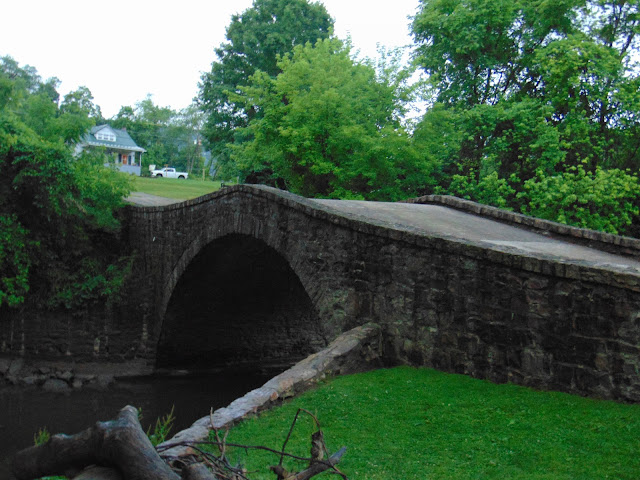 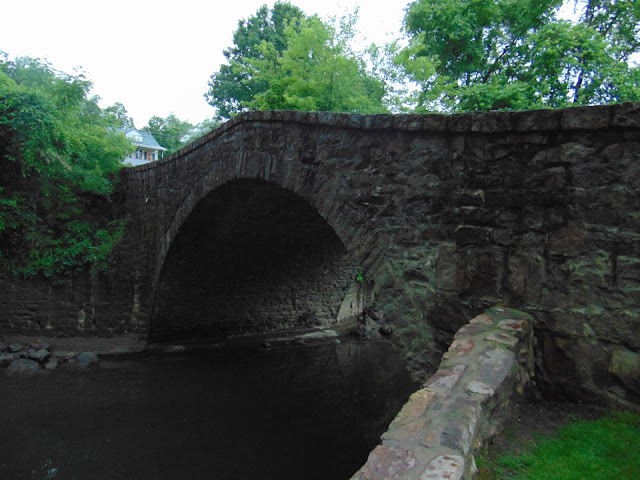 Unknown said…
Can this location be rented for weddings and such? And who would you contact? Thank you.